BERLIN—Carbon black, like many other raw materials for tire and rubber products, is seeing high demand, rising prices and pinched supply across the European Union, a situation that is being exacerbated in the east by Russia's attack on Ukraine.

About 54 percent of Europe's total carbon black capacity comes from Russia, Ukraine and Belarus, supplies that are being held up by war-torn roads or mandates banning imports of raw materials from Russian companies, according to Martin von Wolfersdorff, of Berlin-based Wolfersdorff Consulting.

See our full and ongoing coverage of the War in Ukraine.

As it stands now, supply of carbon black is nearly completely cut off from those three countries. According to market research firm Apple Rubber, Russia itself pushes more than 700,000 metric tons of rubber into the global rubber market annually.

"And this is having a big impact," Wolfersdorff said. "Replacing it also has a big impact on availability. Michelin has been curtailing their (tire manufacturing) site at Cholet (France) due to a shortage of carbon black."

Michelin, the world's No. 1 tire manufacturer according to Rubber News data, reportedly had procured both Ukrainian and Russian carbon blacks, Wolfersdorff said. 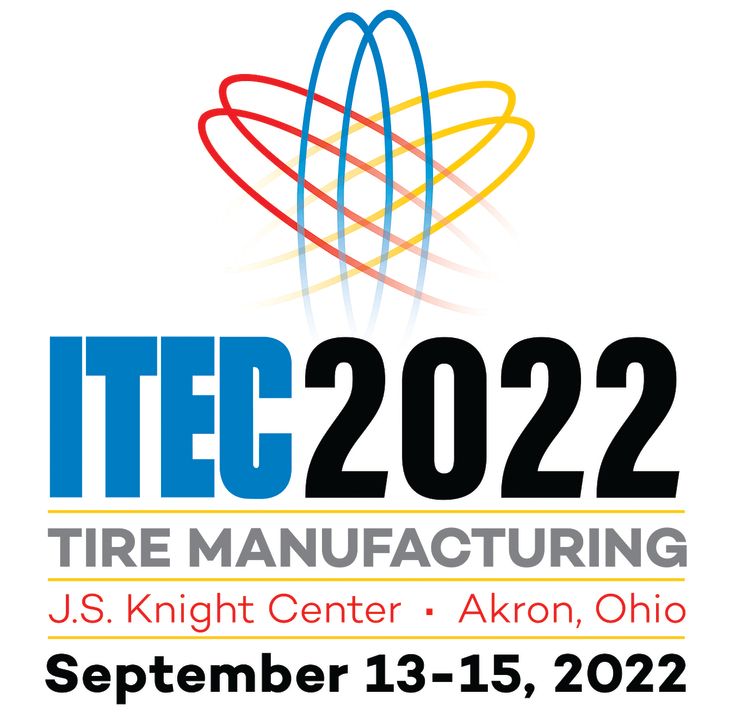 Make plans to us for ITEC, the largest tire manufacturing show in North America, where we welcome keynote speakers, honor industry movers and shakers and provide networking opportunities.

LEARN MORE AND REGISTER at itec-tireshow.com.

According to India-based Mordor Intelligence Private Ltd., a global consulting firm that specializes in the carbon black market, the EU space is consolidated, dominated by Cabot Corp., Mitsubishi Chemical Holdings Corp., the Siberia-based Omsk Carbon Group and Yaroslavl Carbon Black; and Luxembourg-based Orion Engineered Carbons, which has a plant in Poland only 75 miles from the Ukrainian border.

"Other European tire producers might be in very similar situations," Wolfersdorff said. "Russian carbon blacks from Omsk Carbon Group, from Yaroslavl Carbon Black via Makrochem and from Nizhnekamsk Carbon Black have become quite popular in the tire industry."

Stakhanov Carbon Black and Kremenchug Carbon Black are two of the largest carbon black producers in Ukraine. Kremenchug is a privately held company with five production lines, four of which are incapacitated.

With one line still up, they have to deliver by rail now since the streets are "controlled by war," Wolfersdorff said.

"They are a smaller operation at about 50,000 tons. ... This is compared to some of the other companies that produce 100,000 tons per year," Wolfersdorff said.

According to Mordor analysts, Germany is expected to be the leading consumer of carbon black in Europe, followed by France, Italy and the United Kingdom, over the next five years.

Germany is the fourth-largest vehicle producer in the world, behind China, the U.S. and Japan.

IMPACTS OF THE WAR

Since feedstocks for carbon black include oil and natural gas, Russian commodities on which the EU is equally dependent, the situation is doubly difficult for many businesses in the tire and non-tire spaces.

Bridgestone, the world's second-largest tire manufacturer, declined comment on carbon black supply in Europe, but did say it continues to monitor the situation in Ukraine closely.

"Bridgestone has been carefully assessing the impact of the war ... on many innocent people," the Japanese tire manufacturer told Rubber News March 24. "As a result, we are suspending our manufacturing activities in Russia until further notice. The company has also decided to freeze any new investments and suspend all exports to Russia with immediate effect.

"We continue to care for our more than 1,000 employees in our passenger tire production plant in Ulyanovsk, Russia, and our sales offices. Therefore, we will support our employees financially at this time."

As of March 24, carbon black was averaging about $1,563 per metric ton in the EU, according to Wolfersdorff, a cost that continues to fluctuate wildly due to supply chain delays as well as from bans on imports of carbon black from Russian companies.

Importing the additive from China, the world's largest producer of carbon black, is much more expensive due to freight and raw material premiums, about $2,500 per metric ton (as of March 24).

"It all depends on oil," Wolfersdorff said. "When the war started, oil jumped immediately, then settled. ... And now it has come back up again. All of this is very, very difficult to predict. We have no idea how or when the war will end, and I suspect the supply situation will stay difficult."

Orion Engineered Carbons, one of the four major carbon black producers in the EU, said it does not maintain significant dependence on Russia for either oil or gas.

However, the company increased a surcharge by an undisclosed amount on its carbon black oil, as well as implemented a natural gas charge on "all carbon black products manufactured in Europe," with both hikes effective April 1.

The company on Feb. 24 announced a previous increase on its specialty carbon blacks, also to take effect April 1.

"Due to changes in feedstock availability, quality and logistics, the company considers it necessary to adjust its carbon black oil surcharge to reflect actual cost developments," Orion said in a March 30 statement.

Orion told Rubber News earlier that the current headwinds for oil and natural gas are "manageable."

"We have hedging programs in place and for our formula and non-formula customers, (and) natural gas costs are part of our pricing negotiations," the company said.

Regardless, carbon black capacity remains tight in Europe, according to Orion, which is offering assistance on the supply side.

"Our new production line in Ravenna, Italy, was recently commissioned, which adds capacity to the region and the line should be filled sooner than anticipated," Orion said. "And historically, Orion's business activities in Ukraine and Russia have been very limited.

"Our few Russian customers have been informed that deliveries to them have been discontinued."

Orion recently added carbon black capacity in Italy, a move that could help alleviate some of the pressure on European supply.

The fifth reactor line will produce approximately 25 kilotons of carbon black per year, bringing the total capacity at the Orion facility in the northern Italy region of Emilia-Romagna to 100 kilotons annually.

"European carbon black prices had already surpassed pre-pandemic levels before the war and the supply situation was already tight, but not disrupted," Wolfersdorff said.

Cabot Corp., the largest carbon black provider in the EU, will raise global prices on the performance filler effective April 15, for carbon blacks sold by its specialty carbons business.

"This price increase is necessitated by the significant and rapid rise in prime raw material costs including oil and natural gas," Cabot said March 20. "The increase will vary by product and geography."

One remedy to the lagging carbon black supply in Europe is to increase imports from India and Saudi Arabia, Wolfersdorff said.

In Al-Jubail, Saudi Arabia, is Kemya, a joint venture for carbon black production between Exxon, Sabic and Continental Carbon Corp.

"They have carbon black that can be imported to Europe," Wolfersdorff said. "And the volumes are there in India as well."

He added it does not behoove European tire and rubber companies to import carbon black from China because China's feedstock is almost exclusively coal tar, which is linked to the steel industry.

"And as steel goes down and the steel industry reduces output, coal tar is much more expensive and not available in large volumes as it was before," he said.

But while imports from India and Saudi Arabia may not have the price hikes related to coal tar feedstocks, they still have the freight premiums.

Another option that is gaining in momentum outside of hydrocarbon-based carbon black production is to look at recovered carbon black from tire pyrolysis.

"While the furnace carbon black industry requires both gas and oil for the production, the tire pyrolysis industry itself is producing gas, oil and recovered carbon black from end-of-life-tires, of which Europe produces about 3.5 million tons per year," Wolfersdorff said. "This is an industry that can help the European tire industry in the medium and long term."

Using recycled waste heat, tire pyrolysis facilities are self-sufficient, recycling tires from both a thermal and material standpoint, he said.

"Most of all, the tire pyrolysis industry needs peer support. There is more to accomplish in shorter time when peers collaborate. The industry does not need proclaimed leaders, but it needs a group effort."