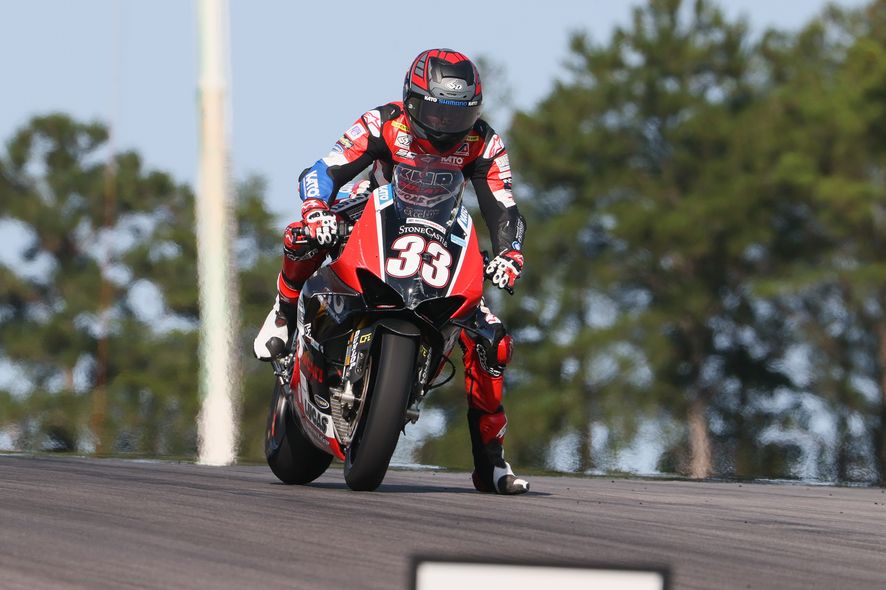 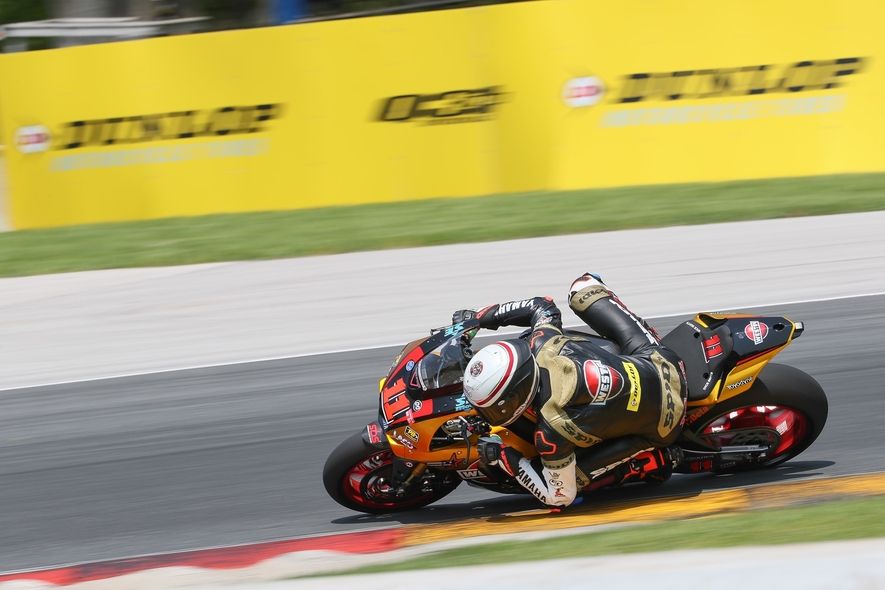 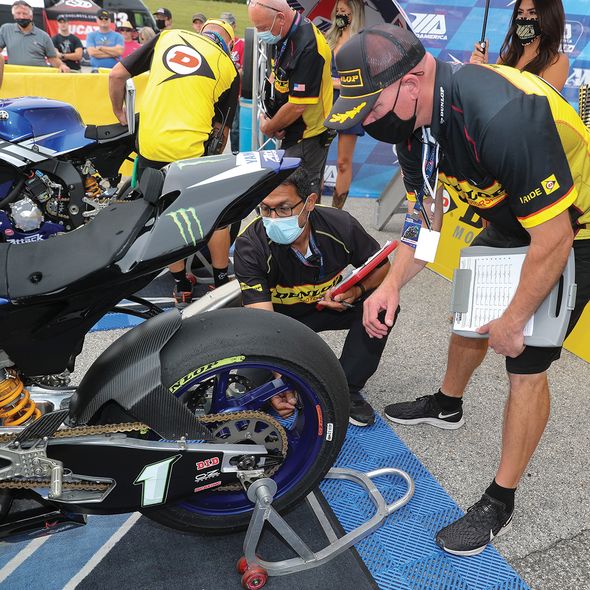 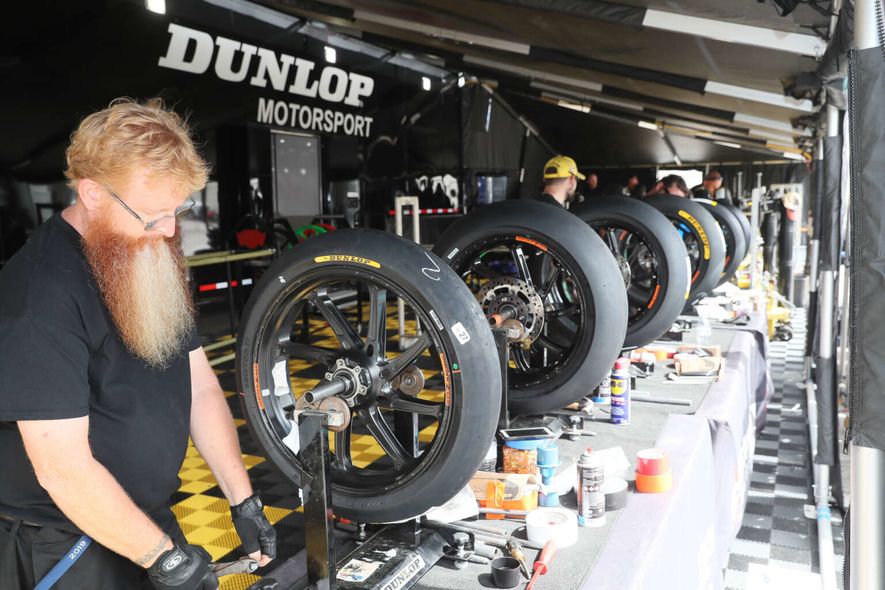 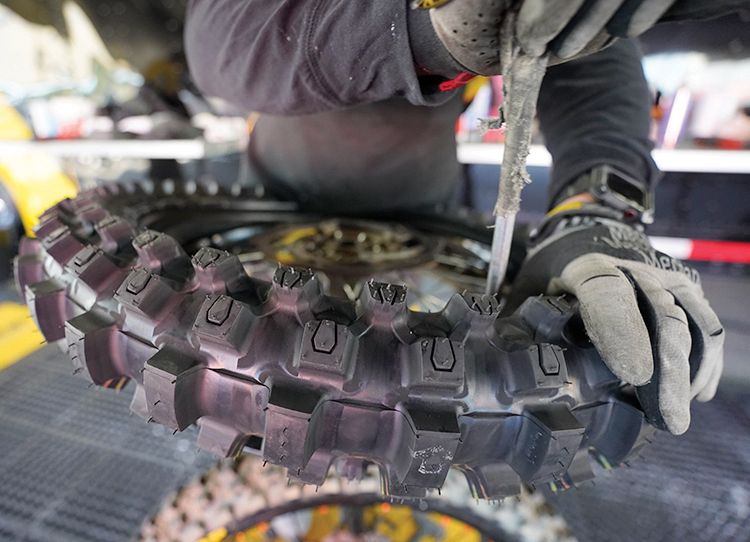 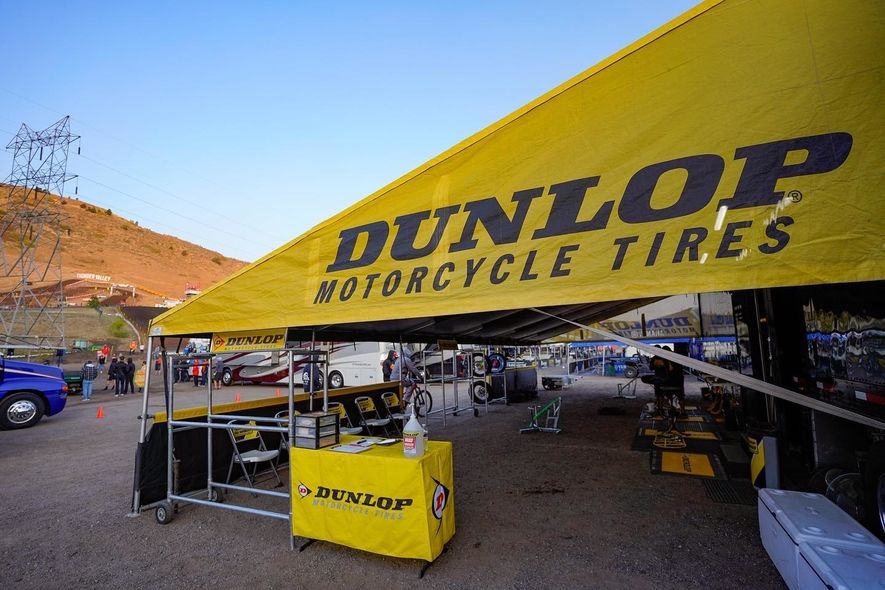 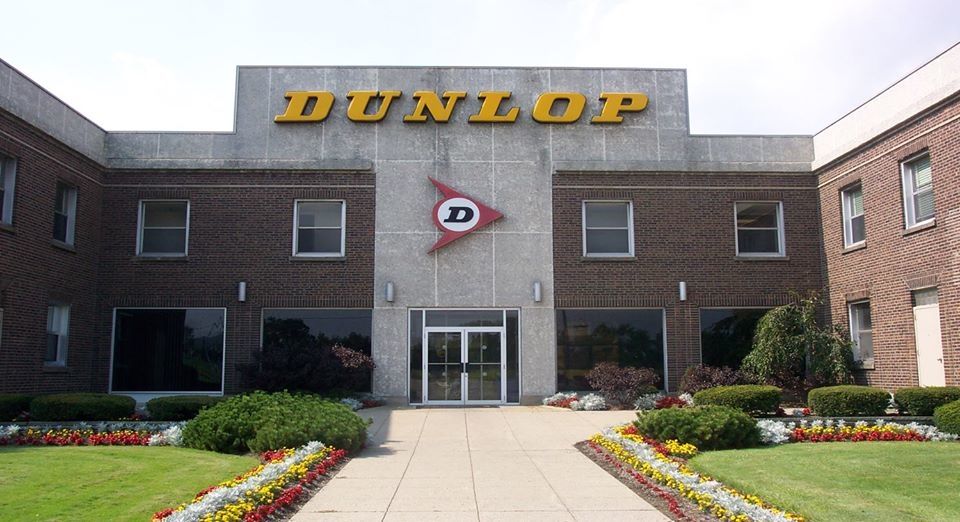 Dunlop
Dunlop has been making tires in Buffalo, N.Y., since 1920.

RANCHO CUCAMONGA, Calif.—When Mike Buckley lived in Buffalo, N.Y., his house sat on six acres of land—three of them devoted to a motocross track. When he had to take his son to the hospital for a bike-related injury—which happened from time to time—he could tell what the nurses were thinking before they said anything.

"They'd look at me like, 'Why do you let your son do this? What kind of parent are you?'" Buckley said, chuckling. "I'd say, 'Listen, I make my living doing this, so save me your lectures. I appreciate your opinion, but this isn't child abuse.'

"We always did it as safely as possible."

Buckley is the senior vice president for sales and marketing for Dunlop Motorcycle Tires, a unit of Sumitomo Rubber North America Inc.

Like everyone working in that division, he views it as more than a job.

You can work at McDonald's and not like hamburgers. You can tend bar if you don't drink. You can even be a mechanic and not care much about cars.

But if you want to work in Dunlop's motorcycle division, you better love bikes.

"I think all but one of our people in R&D (research and development) participate in the sport of motorcycling," Buckley said. "That's a huge differentiator. This sport, it's abrotherhood. You've got to walk the walk and talk the talk. All of the salespeople ride. The product management people ride. The customer service people ride.

"That's a huge difference when you're talking to consumers. Right or wrong, if you don't say the right thing, they lose respect for you."

That culture is a big reason why Dunlop is such a big player in motorcycle tires, but it's not the only reason. Here are three others:

Riders using Dunlop tires have won 157 North American championships in everything from supercross, motocross to off-road competition—more than any other tire company in the world. Its riders have won every motocross and supercross title since 2010.

It is the sole sponsor of the American Motorcycle Association (AMA) Moto America Series, which means it services more than 120 riders and teams during all the series' race weekends year in and year out.

That exposure helps sell tires to consumers, of course, but the sponsorship itself is important to fans. Supercross—which is considered the crown jewel of motorcycle racing—doesn't have a series sponsor but draws a lot of fans and TV exposure.

The AMA is more niche, which is why sponsors such as Dunlop are so critical.

"They know if the brands aren't supporting the sport, it has a chance to become a shell of what it once was," Buckley said.

Dunlop supports motorcycle racing at the highest level, but it does so at the grass-roots level, too. That investment pays off in sales, Buckley said, although it's sometimes hard to quantify.

"Ultimately, you do these things on a gut level," he said. "It's what we've been doing and we continue to have success. You don't want to stray too far from the recipe."

In addition to its work with the AMA, Dunlop Motorcycle Tires is the spec tire supplier and a sponsor of the American Flat Track (AFT) racing series, which runs on dirt oval tracks.

It also recently branched into drag racing with a line of radial DOT street-certified tires, dubbed Dragmax. The new line is designed to handle the demands of the Pro Street Bike class, "where horsepower and speeds have achieved new levels in recent years."

SRNA also is leveraging its relationships with motorcycle racing for promoting its Falken car and light truck tire brand, becoming a sponsor of both the Moto America and AFT series.

Motorcycles mean something different in America than they do in, say, Europe or Asia, where crowded cities and streets can make owning a car or truck challenging.

"Motorcycles are highly tied to discretionary spending here," said Buckley, who moved back to his home state of California in January to be near Sumitomo's U.S. corporate offices.

"It's not about finding the easiest, most cost-effective transportation. It's not about the most efficient use of space or parking. People choose to ride because they're passionate about it, first and foremost. It kind of changes your approach from a marketing point of view."

"It's more of an educated process," he said. "It's more akin to ultra-high-performance tires (for sports cars). Riders do research, they look at websites, they read magazines to see what an editor has to say."

Dunlop
Dunlop has been making tires in Buffalo, N.Y., since 1920.

Dunlop's biggest edge, Buckley said, is its factory in Tonawanda, N.Y. While competitors manufacture motorcycle tires overseas, Dunlop's engineers live and work in North America, giving them a better understanding of its roads and riders.

"We design, develop, test and produce tires in the North American market for the way consumers race and ride motorcycles in the North American market," he said. "The race tracks here are not the same as the rest of the world. The way they operate in dirt and the way people ride here is a lot different than other parts of the world. That's part of our success factor."

Motorcycle is a generic term. Supercross tires are significantly different than Harley-Davidson tires, which are different than racing tires. Dunlop offers V-twin tires, as well as sport, cruiser, off-road, adventure, vintage and race tires. So, whether you're a knee-dragger, a dirt biker or an "Easy Rider" aficionado, Dunlop says it has a tire for you.

Those tires also come with extensive care and maintenance information but Dunlop knows not every rider will follow those closely.

"We don't have a lot of TPMS (tire pressure monitoring systems) in the motorcycle world," Buckley said, chuckling. "We're cognizant of that, and we make tires that work in those conditions.

"That's part of being in the market and understanding what's going on. Again, this market is completely unique to any other market in the world. It has its own quirks."