AKRON—The rubber industry has come a long way with inclusiveness and diversity, but there still is so far to go. And this is especially the case when it comes to bringing more women into the industry.

On the last day of the International Tire Exhibition & Conference, female leaders came together during the Women's Breakfast Seminar to discuss latest trends, their views and establishing their identity in the rubber industry.

The panelists, echoing some of the critical points of former ACS Rubber Division Chair Terry DeLapa's morning keynote, "The Growth of Female Professionals in the Tire Industry," drove home the importance of exuding confidence and asserting oneself in the industry, knowing when to seek guidance and fostering bravery.

Be confident, but know your stuff
Rubber News photo
Renee Radabaugh (left) and Carolina Wagner tell women to take risks in their careers during the Women's Breakfast Seminar at ITEC.

While it is a company's responsibility to encourage applications from a diverse hiring pool and to seek talent, the panelists said the responsibility does not stop there.

Radabaugh said the industry today is doing a much better job of hiring diverse candidates, but it struggles with promoting and bringing these people up the career ladder.

"I really believe we can get that diverse group hired in, but then we need to retain them and promote them," she said.

"It's your responsibility to take those risks," she said. "And that's not easy sometimes."

DeLapa, who remained in the audience for the panel discussion, chimed in to agree with this sentiment.

She said she climbed her way up through the ranks in the industry because she took those risks and volunteered herself for new positions any time her company tried starting something new.

"I said, 'I'll do it,' and it kept happening," DeLapa said. "It got me to learn a lot more by doing it, going with the different steps, and I wound up being a VP."

They all agreed, however, that while confidence is key, it cannot be faked.

"You need to know your stuff," Cornish said, noting that achieving the same recognition of male peers doesn't come free. "I've always been respected because I know my stuff.

"I do good work, I show good results," she said. "If you give me a project, we will accomplish it."

"Yes, you have to take a risk, but then get yourself educated about (that risk)," she said. "Go for your stuff but know your stuff."

Weingart added that women need to be intentional about keeping pace and engaging each other to help each other grow.

"Learning from each other, I think, is really the important part," she said.

Going hand-in-hand with confidence and asserting oneself, Adelman told attendees, is to not only know their stuff, but know themselves.

Lift each other up
Rubber News photo
Natalie Weingart of Bridgestone Americas says women should encourage growth in one another in the tire industry.

Just as important as not putting yourself down, women in the industry need to lift each other up and be ready to seek help and guidance when needed.

As Weingart encouraged women to foster each other's potential, Adelman noted the importance of finding a mentor.

"You attach yourself to people who are going to make you better. And they don't need to be the same as you," she said, noting she has had three mentors who not only had different strengths from herself, but also were men.

"Your mentors will come from the most unlikely sources. So don't discount anyone you meet on the street," she continued. "You'll be surprised who your mentors can be."

Radabaugh and Wagner noted that many companies, including their own, offer mentoring programs and networking opportunities to find this guidance.

Rubber News photo
An attendee of the seminar talks about how the message of encouraging women to support each other resonates with her during the panel discussion.

Wagner added that Continental holds employee reviews, and mentoring is something in the company employees can formally request.

To find a mentor, Weingart also said to look for people who have different strengths to build on your weaknesses but have the same fundamental beliefs as yourself.

"Do they look for the good in people? Do they want to reach higher in their career? And are their views how you want to move?" she asked. "Know your beliefs, know what you want, know what your ethics are and what matters most to you, and look for that in other people."

When fostering bravery, panelists agreed that it's important not to mix it with aggressiveness.

"Being brave does not mean that you have to be aggressive all the time," Wagner said, adding that you need to be assertive, but a light approach to this is possible by simply engaging your peers.

She added that knowing your strengths and weaknesses also is critical to fostering bravery.

"Take things light, take your time and know who you are," she said.

Radabaugh said bravery circles back to taking risks in your career and finding confidence in yourself.

She said women, compared to men, disproportionately avoid applying for roles when they're missing certain skills, despite being otherwise heavily qualified for a position. 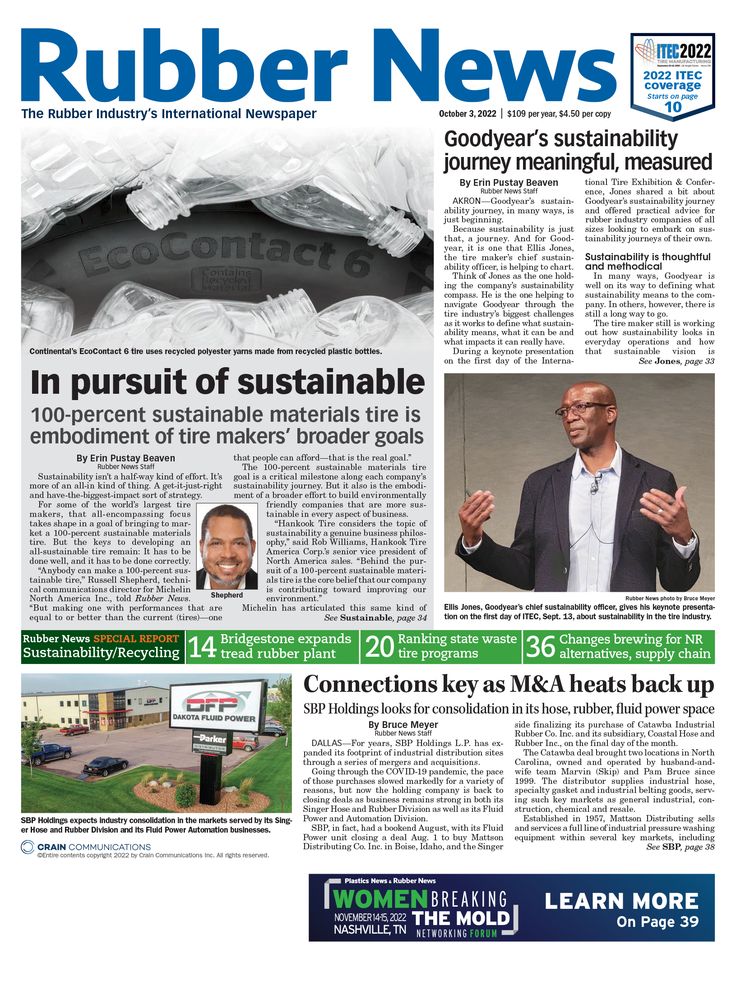 "You can learn that one skill," Radabaugh said. "Feel confident that you can do it."

She said this is potentially why some women are not promoted as often, because they avoid the roles due to a lack of confidence despite their qualifications.

"For me, that's bravery. It's taking that risk," Radabaugh said, adding that's when you start thinking about what's next.

"You're not going to be able to fill every skill on a job, but you can learn it."

Cornish said when finding bravery in yourself, you need to ask what matters to you.

If you care about something and you want to accomplish it, she said, you'll find a way through adversity and find the bravery to step up, even if you don't succeed.

"Bravery, partly, is doing the best you can," Cornish said. "It's self-respect. It's saying 'I may not succeed, but I'm going to do something that matters.' That's where the bravery comes from."

Adelman agreed, adding that bravery is putting trust in yourself.

"It's the lion heart," she said. "Bravery to me is overcoming your own negativity in your brain and jumping out there and doing it."

Weingart added that there are times to take a step back when recognizing your own weaknesses, but more often there are opportunities to step up, speak up and try.

"You're in your role for a reason," she said, "so you have to believe in yourself."