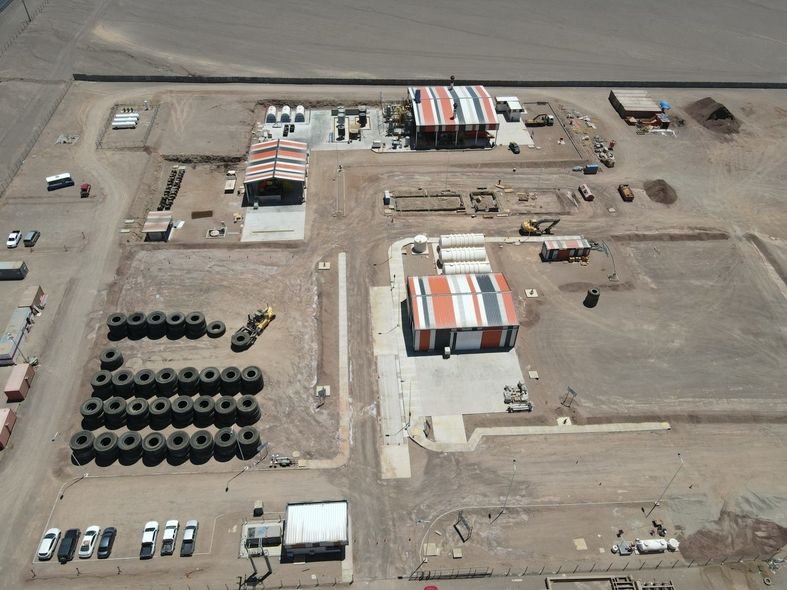 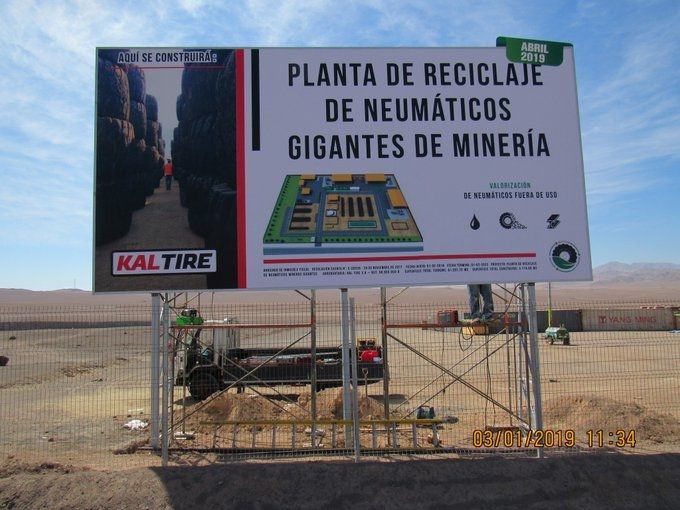 ANTOFAGASTA, Chile — Kal Tire has commissioned one of two thermal reactors at its off-the-road tire recycling facility in north-central Chile and has begun conducting "full-load" tests there ahead of a full start-up this summer.

At full capacity, the facility will be capable of processing over 9,000 pounds of tires, the equivalent of five 63-inch earthmover tires, per day, Kal Tire said.

"There have been many learnings to get to this stage, but we wanted to ensure we were building a recycling facility to the highest standards in every aspect of design, safety and environmental considerations."

Located in the heart of Chile's mining industry—which Kal Tire has been serving for decades—the 215,000-sq.-ft. Antofagasta plant consists of an area to inventory scrap tires, cutters to reduce them in size, two reactors, oil storage tanks and carbon storage.

Processing 9,000 pounds of tires will yield 1,700 gallons of alternative fuel, 1,820 pounds of steel and 3,650 pounds of carbon black as well as enough synthetic gas to fuel the plant itself for seven hours, Kal Tire said.

"The lessons we have learned along this journey have been invaluable," Allan said. "What we now have is a scalable plant and can add reactors if we choose to. We also certainly support others looking to be a part of recycling end-of-life tires in Chile—and we hope the same high standards of safety and engineering will be applied."

Kal Tire started evaluating the feasibility of this facility in 2015, when mining tire legislation was taking root in Chile.

Kal did not disclose its investment in the facility, located near the Pacific Coast city of Antofagasta, located roughly 825 miles north of Santiago. Chile is considered the No. 1 producer of copper and No. 2 producer of lithium in the world, according to various sources.

Compulsory recycling of OTR tires in Chile was recently been passed into law, Kal said. Starting in 2023 through 2026, one-fourth of mining tires must be recycled, a rate that increases to 75 percent in 2027 and to 100 percent by 2030.

Existing piles of scrap tires are the responsibility of mines, and given the size and maturity of mines in Chile—a world leader in large-scale open-cast mining—there are many tires awaiting this next step.

According to Pedro Pacheco, vice president of operations for Latin America, Kal Tire spent a lot of time working with the Chilean government to receive environmental certification.

"Their level of due diligence is commendable," he said, "and we want to recognize their leadership in creating this legislation."

Michelin recently disclosed plans for a pyrolysis-based OTR tire recycling facility of its own in Chile, in partnership with Scandinavian Enviro Systems A.B.

The facility in Chile, to be operated by a 90/10 Michelin/Enviro joint venture, will open with a capacity to recycle 30,000 metric tons of OTR tires a year, the companies said, without stating where in Chile the plant will be located.