Employees at Reed Rubber gather for a Christmas celebration at its St. Louis plant. 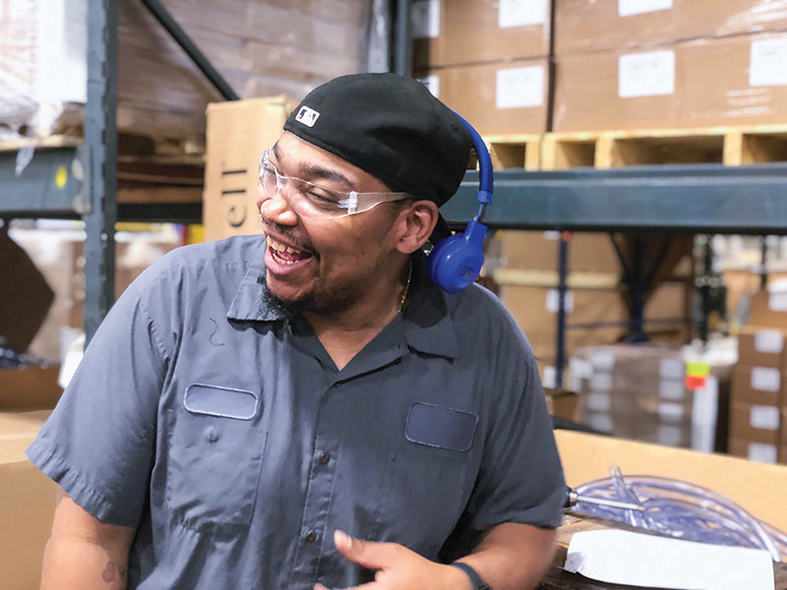 Reed Rubber strives to create a pleasant environment for its work force.
Share 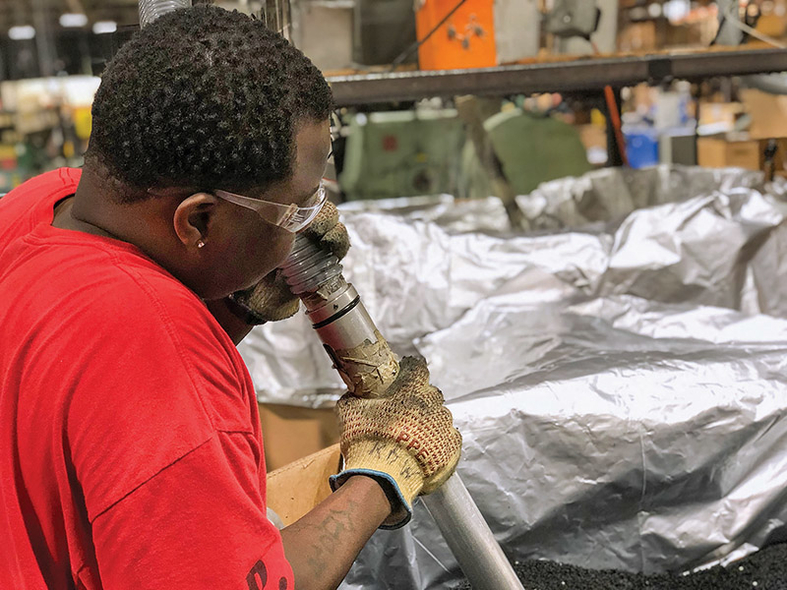 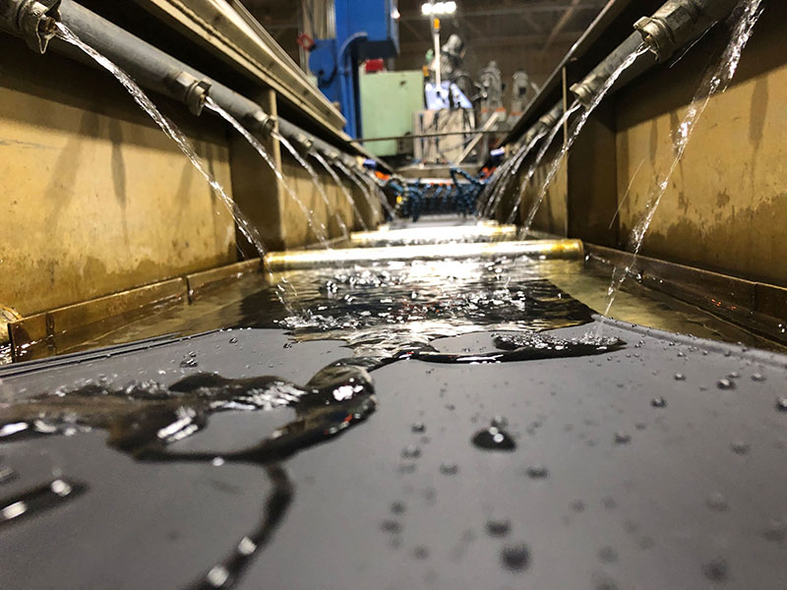 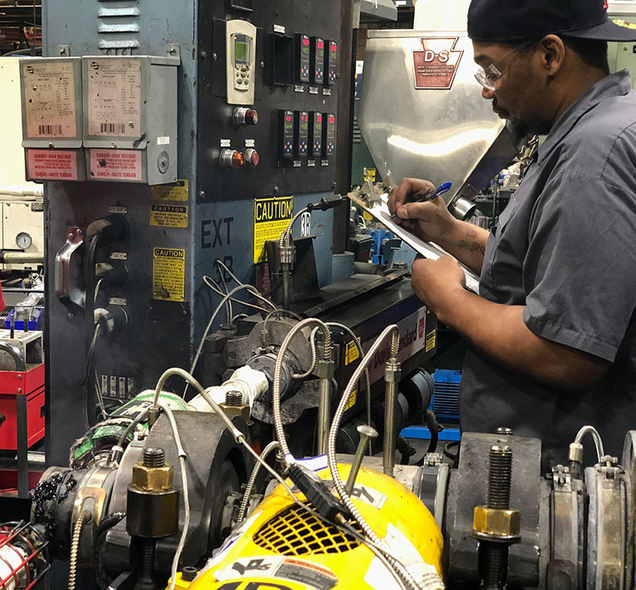 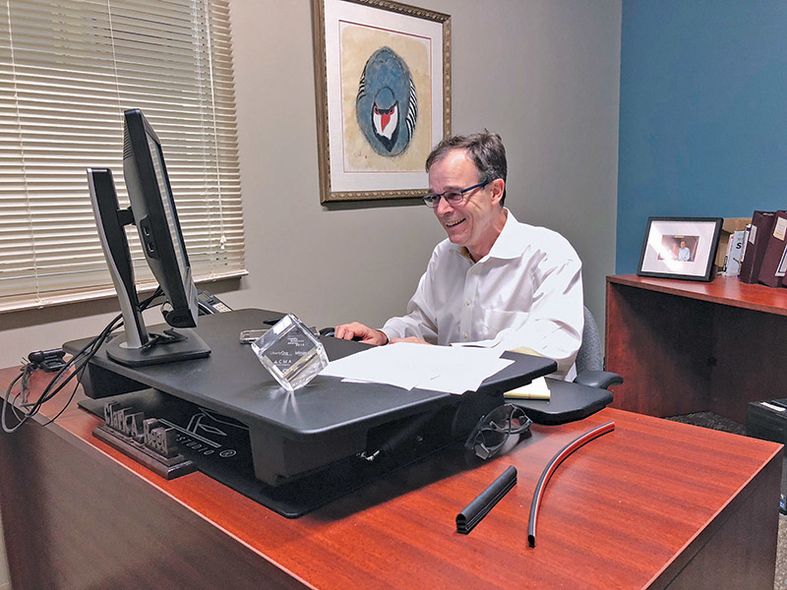 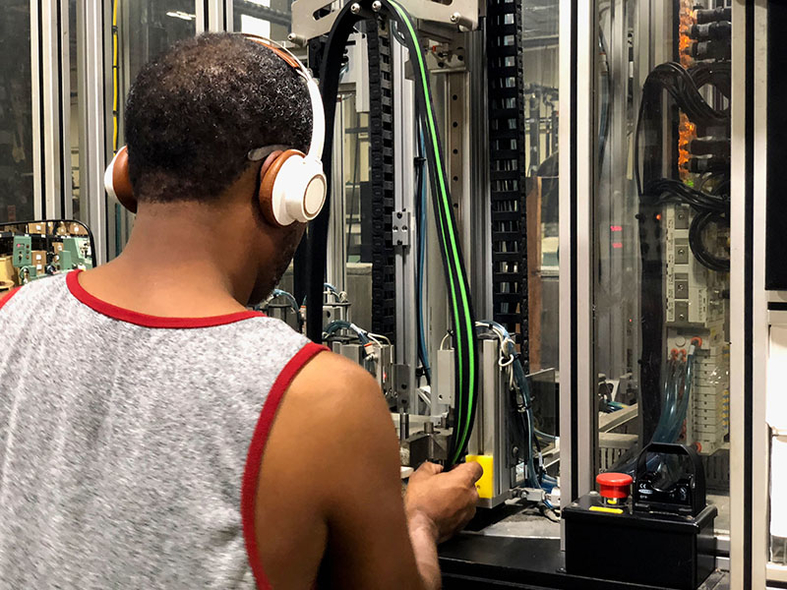 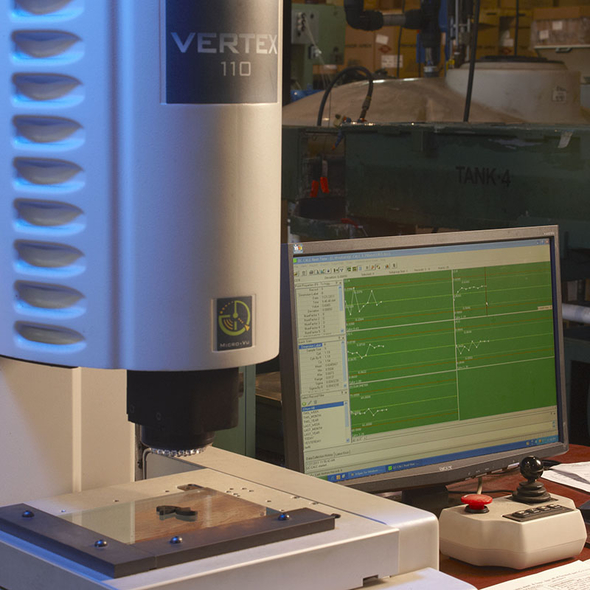 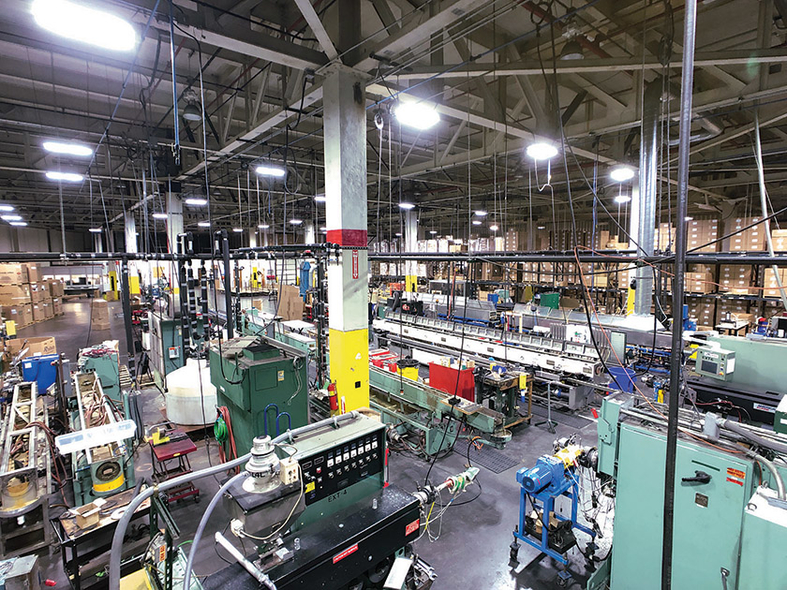 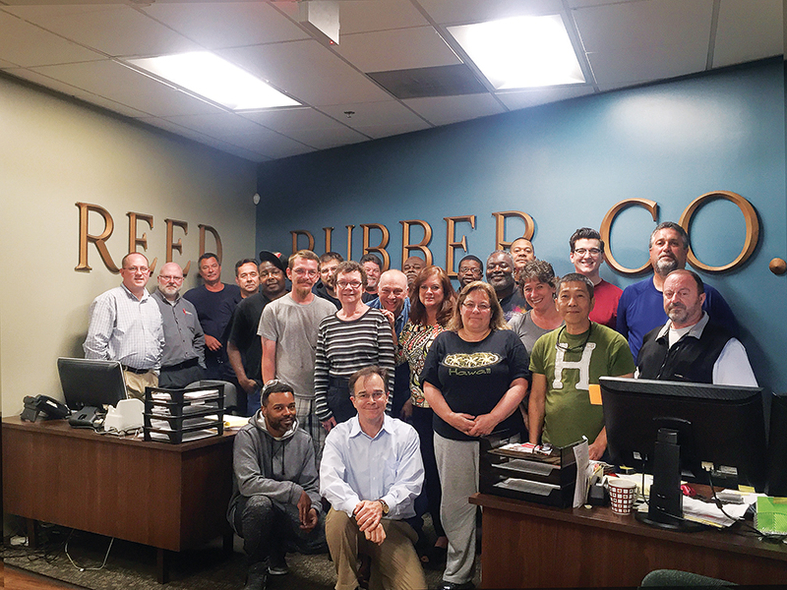 The Reed Rubber team at its manufacturing site in St. Louis.

ST. LOUIS—Communication is vital to a winning culture, and Reed Rubber Products Inc. has thrived for 96 years thanks largely to its ability to embrace new ideas, many of which come from its employees.

"I spent my entire life in large corporate work settings and now I've come to work in a business of around 36 employees," said Bob Barciszewski, the firm's operations manager, who joined Reed in January. "I know everybody, everybody knows me. They really do see where each person's individual input impacts the direction of the company. They're very cognizant of the fact that they're here to do a job, and it's clearly seen if they're doing it well or they're not. They're striving to do it very well, very few people need encouragement to do their job."

The custom rubber shop makes a variety of extruded rubber products—Barciszewski said no two weeks are the same—using primarily thermoplastic vulcanizates to serve the HVAC, transportation/automotive aftermarket and window glazing industries, among others. The firm operates five extrusion lines on two 10-hour shifts with 36 employees at its 48,000-sq.-ft. facility in St. Louis.

Reed Rubber President Clark Reed, the third-generation owner of the firm, said another key to the firm's strong culture is making sure the work force understands where the parts they are making ultimately wind up by showing the impact their work has on their customer's success.

"Sure, money is important, but it's true that they want to be doing something that they get," he said. "Operating a machine in isolation is not something anyone just gets. We employ a few techniques to help them realize that they're not just making a rubber gasket, they're helping to build a car or a picnic cooler. What I always like to try to emphasize is that our mission is to help our customers succeed because I think that's a lot more compelling than you guys are working to make us succeed."

Reed said the main ways the company shares information is through its monthly meetings, weekly and daily huddles, and its four focused teams. The goal behind its teams was to get everyone involved in different macro aspects of the business focused on safety, housekeeping, continuous improvement and scrap reduction. The teams meet monthly while team leaders continue to make sure decisions made are executed in between.

Once each team completes the three stages of developing new ideas—brainstorming, normalizing and performing—the company shuffles the deck. Barciszewski said this happened for the first time a few months ago, keeping the leaders the same while re-aligning the other members to get fresh ideas on each topic.

"It really gets each of the employees involved in something," Barciszewski said.

The scrap team is the oldest of the four, but Reed said it previously only consisted of the company's process engineers and other professional staff, not the line operators themselves. The team met more regularly—usually twice a month—reviewing scrap reports and, according to Reed, during the course of six months managed to reduce the firm's scrap by 50 percent.

However, while the result was successful, Reed said they quickly discovered that the process was broken. The team would develop a solution and then disseminate the information through new work instructions, which ultimately left the people doing the work—the operators—out of the process.

"The operators who were needed to make these things happen would basically be told what to do without really having been directly consulted," Reed said. "We recognized that it was important that, in order to get buy in, they needed to be part of finding the solution. Often they had more direct knowledge about these processes than we did."

The new structure, and the addition of the three other teams, has led to some strong results during the first cycle, according to Barciszewski.

"As in any other type thing where you have lots of people involved, we're probably at about 90 percent buy in," Barciszewski said. "The vast majority realize they can really make a difference here and become that much more involved."

Like many companies in the rubber industry, Reed Rubber is looking to attract and develop young talent. The team had an opening for a tooling engineer when they promoted their previous one to production manager. Instead of looking outside the company, they decided to try to develop from within.

Kyle Haase, one of the firm's youngest employees, was given a shot at the tooling engineer's job. Reed said he had a background in graphic art that might translate well to the new position. After a few months, the company and Haase realized it wasn't a good fit. Barciszewski said when they reached that point, there was an explanation of what skills he didn't have and where he needed to improve.

He added that Haase asked if he could still do some of the things he learned in his new role even though he was going back to the line, and the management team encouraged him to do so. Barciszewski said Haase enjoyed working with hand tools and running the mill, to name a few. The company paid for him to travel to Chicago for a three-day 3D AutoCAD course.

"Even though he's not a tooling process engineer, he's a higher skilled operator now and one of the few who have the ability and training and skills to do some machine shop work," Barciszewski said.

Reed said while Haase didn't work out as a tooling engineer, his pay went up as a result of the additional skills he learned and is now a more versatile employee. The door is open for Haase to fill in some of the skills he needs, namely the advanced math required of a tooling engineer. Barciszewski said if Haase decides he wants to fill in those gaps, the firm would invest in him.

"We want to keep trying because nobody wants a dead-end job," Reed said.

Barciszewski said there is one constant when he, or other managers, are out on the floor engaging with employees.

"Listen before you speak, that goes further than anything," Barciszewski said.

"When we're out on the floor, we're not giving directions—though we do have to at times—but we go out and ask the questions."

One time, Barciszewski said he went up to an area and noticed it was cluttered, asking what could be done to fix it. An employee jumped at the task and designed a workstation that would be easier to keep organized. Barciszewski said the company developed it for him and it was so successful that it modeled it throughout the other extrusion lines.

Operators are encouraged to write down comments and monitor scrap, then communicate those to the right department using a color-coded system.

"It's an attempt to collaborate and make sure everybody participates," Reed said. "You know you have a task you have to get done and we're not going to proceed until we get your input."

The firm also places a major emphasis on safety, starting each meeting with a safety-related topic and encouraging employees to stop and inspect their workstations before they begin their shift.

"You're only going to see it if you look for it," Barciszewski said. "We want to make sure that before they go to get their materials that they look around their work area for anything that could be a hazard. It's a repetitious thing every day. We're driving in that mentality that you need to be looking for these things. I want our employees going home in just as good or better shape than when they came here."

Reed also goes the extra mile to limit obstacles for employees. He said the last two years health insurance costs have increased by about 7 percent each year, but the company did not pass it on to the work force.

He also had an epiphany back in the early part of the decade when gas prices reached high levels. An employee, who lived in Illinois, came to collect his paycheck and casually mentioned that it cost him $30 to fill up his gas tank. Reed then developed a fuel assistance program where the company would calculate the commute for each employee in miles, then normalized gas prices on a weekly basis and credited employees back to help with their commutes.

"I'd love for the company to make money, but I really want for any person who spends time working here to be better off at the end of their time than when they first started. It's tough enough for people to pay the bills," Reed said.

"If you give someone a pleasant work environment, they will enjoy coming to work more."