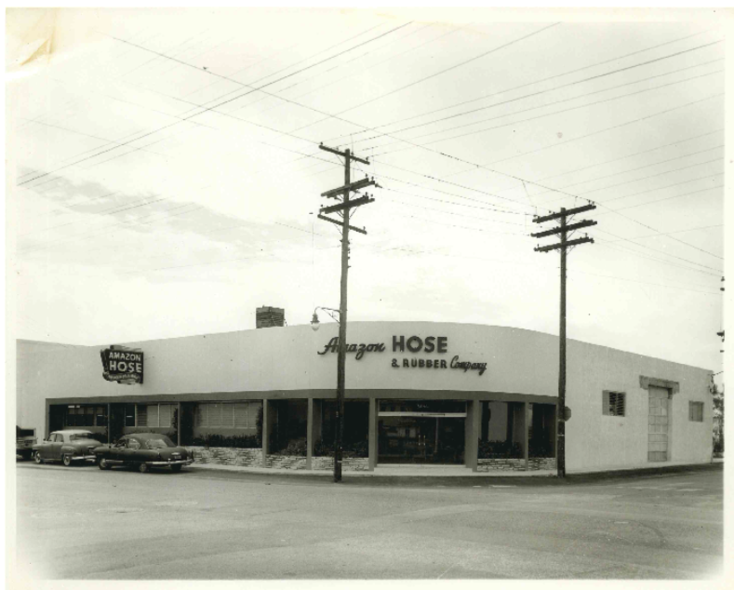 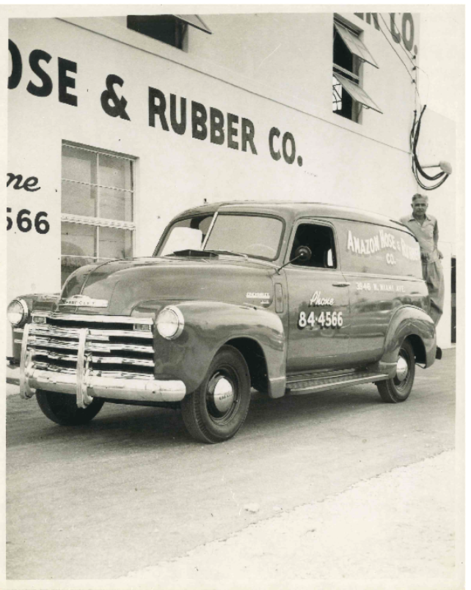 A look at one of the Amazon hose vehicles from the original headquarters in Miami.
Share 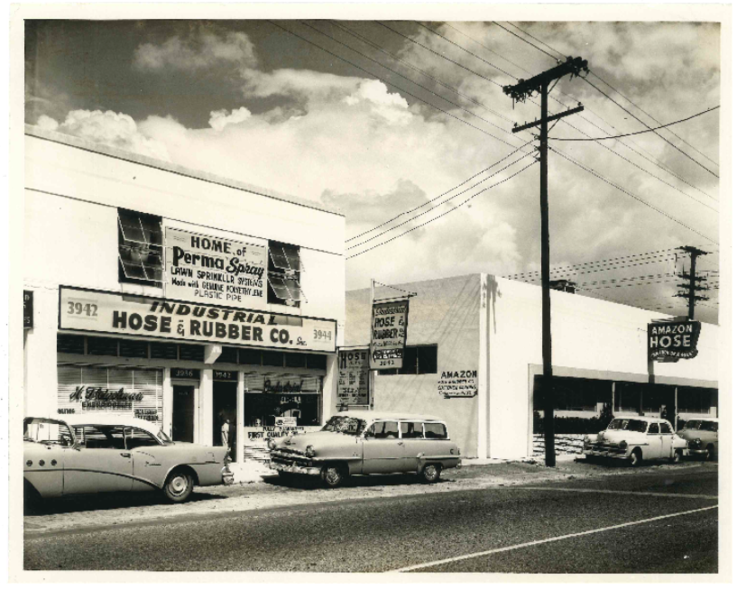 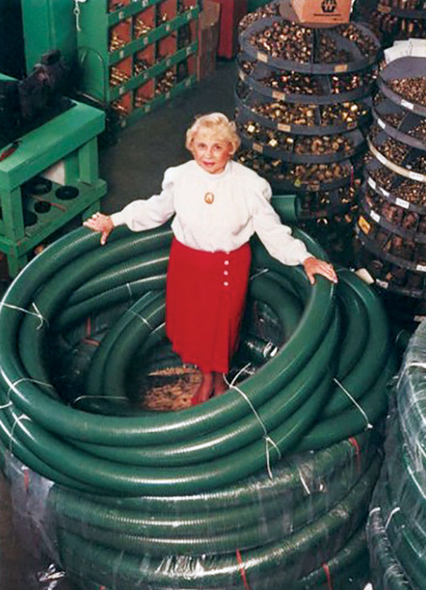 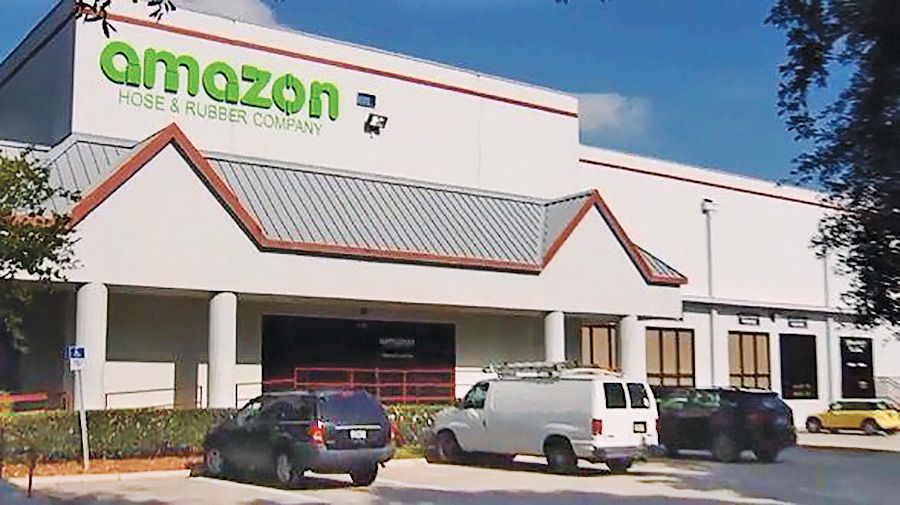 Amazon Hose is now based in Orlando, Fla.

ORLANDO, Fla.—For more than 90 years, Amazon Hose and Rubber Co. had been known as the place in central Florida where businesses and individuals could uncover hard-to-find items.

If an OEM needed sewer hoses, Amazon Hose (not to be confused with that other "Amazon" out of Seattle) would have the part. If a plumber or construction worker needed a special fabricated part, Amazon Hose would be there with the solution.

That's still true—but the company has evolved significantly in the last several years. That, as much as many other reasons, is why Amazon Hose is celebrating its 100th anniversary this year with a nod to its past but an eye on its future. Those first 90-odd years Amazon Hose was a smaller, entrepreneurial "counter" retail distributor. Today, it's a sales-driven organization with 12 outside sales professionals and a focus on developing vendor relationships and growing newer markets like agriculture.

Summer Rodman, daughter of Gale Petronis, became the third generation of leadership to join the company. Rodman became CEO in 2006 and remains in that role today.

"The company had an amazing business but we saw the need to focus on proactive business development several years ago," said President Jim Donlin, who joined Amazon Hose in 2011.

The company's product line grew judiciously as well recently. Customers can still get a water filter line for their boat by stopping in to any of Amazon Hose's retail locations in Orlando, Tampa or Miami. Yet it now provides pump hoses as long as 12 inches and can re-band hoses 50 feet or longer that may have been worn down, preserving the more expensive fittings and thereby saving customers money.

Perhaps the most significant reason for Amazon Hose's recent growth has been an added emphasis on developing and strengthening relationships with all of its 380-plus vendors, but especially its top 20. That's where 80 percent of the company's business comes from, Donlin said.

"It's become more important for us to work even more closely with those top suppliers because we can work closely with them on new solutions that are being brought to the market," Donlin said.One such solution that the company carries is an info chip which can be attached on the inside or outside of a hose. It tells a user when that hose should be replaced to proactively avoid any unexpected failures.

Perhaps the most important way that suppliers and Amazon Hose can work together is by strategically planning for sales, said Bruce Smilie, regional sales manager for Continental. The German-based supplier is one of Amazon Hose's largest partners and Amazon Hose is one of Continental's "select" distributors. This affords the Orlando-based company a myriad of benefits, including some advertising funds.

"We'll get together with our (preferred) distributors like Amazon Hose once a quarter and go over strategic planning," Smilie said. "Our sales team works with theirs to focus on potential leads and jointly call on customers."

Continental also works with Amazon Hose to develop strategies for employee training during the year. Smilie said that future growth will depend partially on the company's ability to not only offer products for sale online, but technical support and knowledge as well.

"That's the one thing missing in our industry with online sales is that once you buy a product on the internet it's yours even if you don't know what to do with it," Smilie said. "We can work with our independent distributors to help provide this technical support."

Amazon Hose has roughly doubled the size of its revenue in the last decade coming off the Great Recession and suffering through a flat revenue period in 2015-16 when gas prices were low. Donlin expects Amazon Hose to have its third straight year of double-digit revenue increases in 2019. About 85 percent of the company's business in is Florida, but about 10 percent is export business to customers in other countries.

That growth also has allowed the company to invest internally. Amazon Hose built a state-of-the-art 50,000-sq.-ft. Hose Service Center in 2014.

Part of that revenue growth also comes with understanding market trends and customer demands, Donlin said. This year the company is "immersing" itself with the more than 46,000 farmers in Florida given their needs for spray and air hoses, pump hoses that move water throughout a farm and more.

"Farms use a lot of our equipment, many of them have as many as 50 pieces of equipment onsite," Donlin said. "Now we have the right package of farm products to meet their needs and a sales team that can visit them where they are."

As for that "other" Amazon, the similar names hurts more than it helps, Donlin said, but that hasn't prevented it from competing with the online retailer directly.

Donlin said that almost any product his company sells is available on the other Amazon's website, so his team needs to continue focusing on customer service, solving their problems and building that knowledge base that can't be found strictly online.

"I'll say we do get a lot of job applications for warehouse jobs," Donlin said. "Even though we may not be the company that (applicants) think they are applying for."