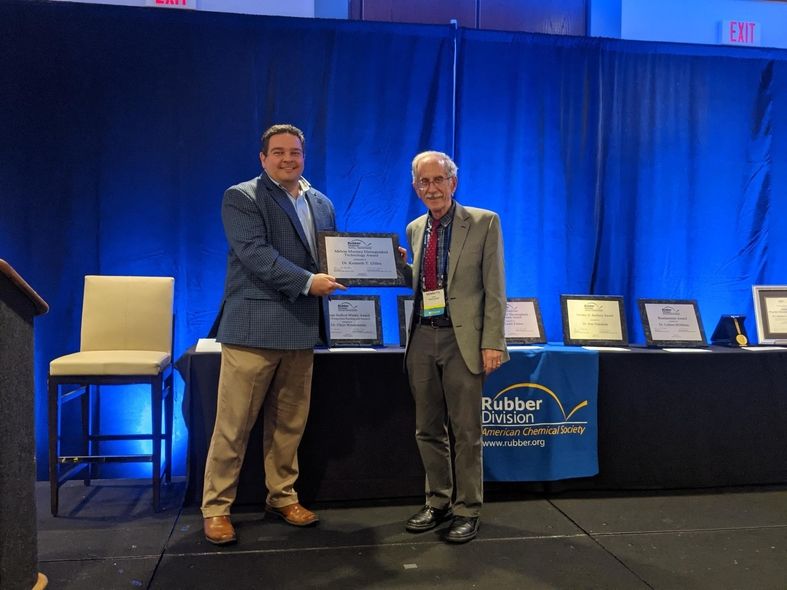 Keneth Gillen (right), retired from Sandia National Laboratories, receives the Melvin Mooney Distinguished Technology Award, from Russ Vogelsong of Lion Elastomers, which sponsored the award. Gillen was the only honoree able to attend the awards banquet in person.

Chris Robertson of Endurica presents the Fernley H. Banbury Award to Ken Nakajima of the Tokyo Institute of Technology, who accepted the honor remotely. Endurica is the sponsor of the award.
Share

Colleen McMahan, research chemist and lead scientist of domestic natural rubber at the U.S. Department of Agriculture, was the first recipient of the Rubber Division's Bioelastomer Award.
Share 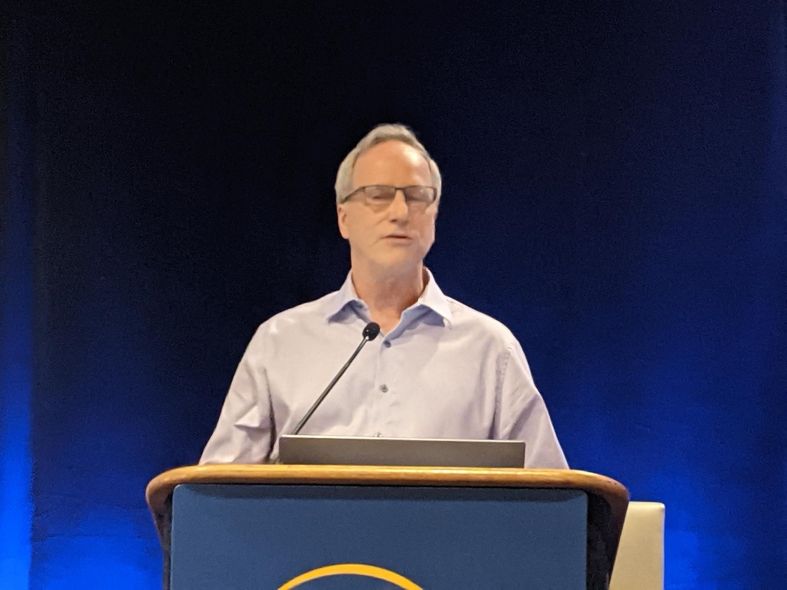 Mark Proudfoot of Renkert Oil presents the Chemistry of Thermoplastic Elastomers Award. Renkert is the sponsor of the award.
Share 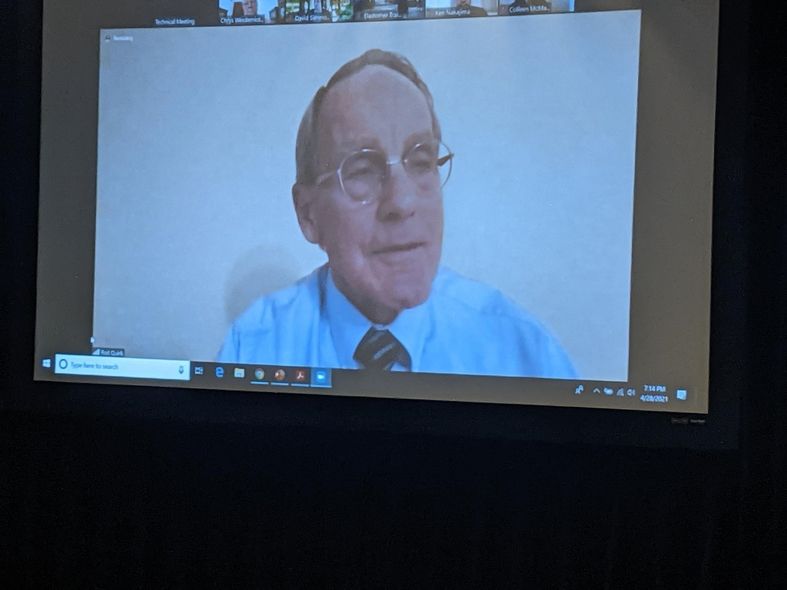 Roderic Quirk of the University of Akron accepted the Chemistry of Thermoplastic Elastomers Award on behalf of Lewis Fetters or Cornell University.
Share 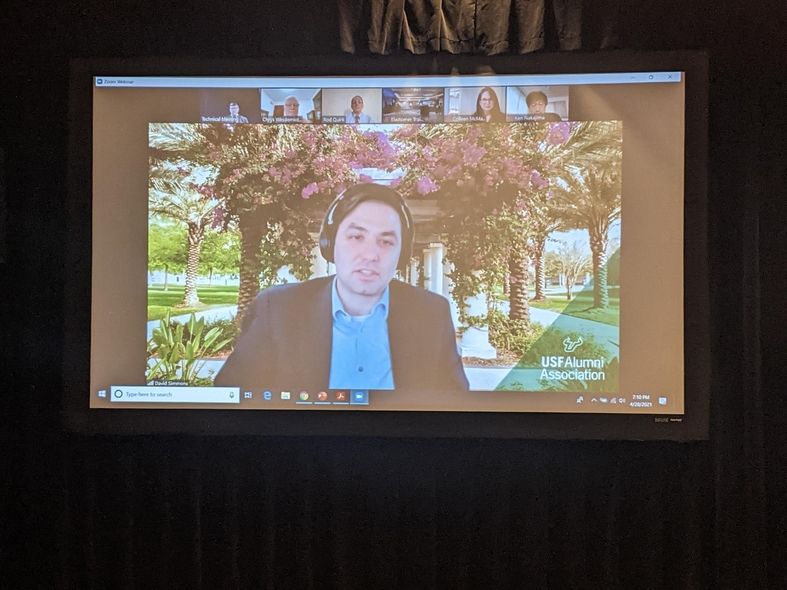 David Simmons, an associate professor at the University of South Florida, was the recipient of the Sparks-Thomas Award.
Share 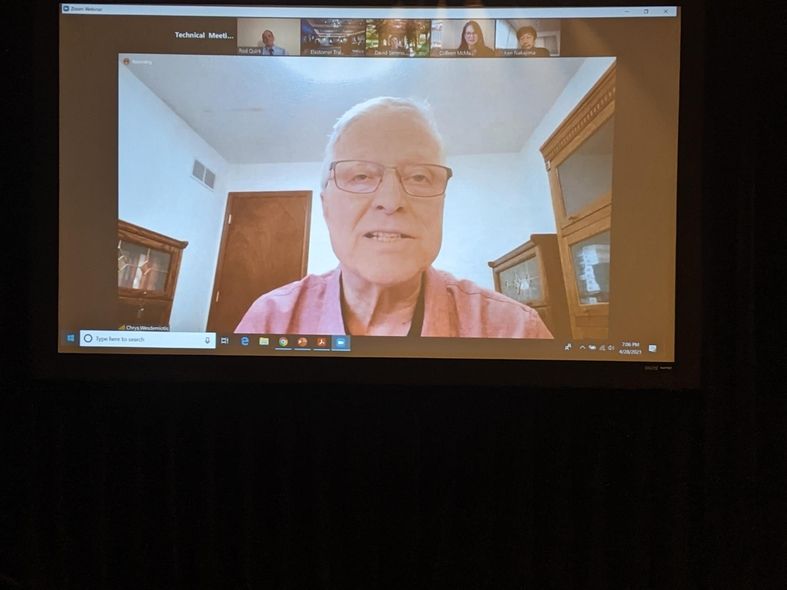 Chrys Wesdemiotis of the University of Akron took was honored with the George Stafford Whity Award for Distinguished Teaching and Research.

INDEPENDENCE, Ohio—The ACS Rubber Division handed out its 2020 Science & Technology Awards during a banquet April 28 at its Spring Technical Meeting in Independence.

The awards were a year late in being presented as last spring's meeting was canceled because of the coronavirus pandemic.

The Charles Goodyear Medal—the association's highest honor—went posthumously to Nissim Calderon, who had worked for Goodyear and was recognized for his work related to the science of olefin metathesis. Goodyear colleague Adel Halasa, himself the medalist in 1997, accepted the award on Calderon's behalf.

Rubber Division Chair Kim Dempsey-Miller read a letter of thanks on behalf of his children Rina and Meir Calderon.

"Nissim was adamant about supporting other people's work," the letter read in part. "He had a strong philosophy that science is evolutionary, and that sharing, promoting and supporting other people's work was the nucleus, or essence, of scientific research. I think many scientists who knew my dad would agree that he heralded scientific advancement without looking for fanfare nor recognition—just the furthering of science itself."

• Sparks-Thomas Award for Younger Scientists: David Simmons, an associate professor of chemical and biomedical engineering at the University of South Florida.

The 2021 award winners, who normally would have been honored during this meeting, will receive their honors at the Rubber Division's International Elastomer Conference this October in Pittsburgh.