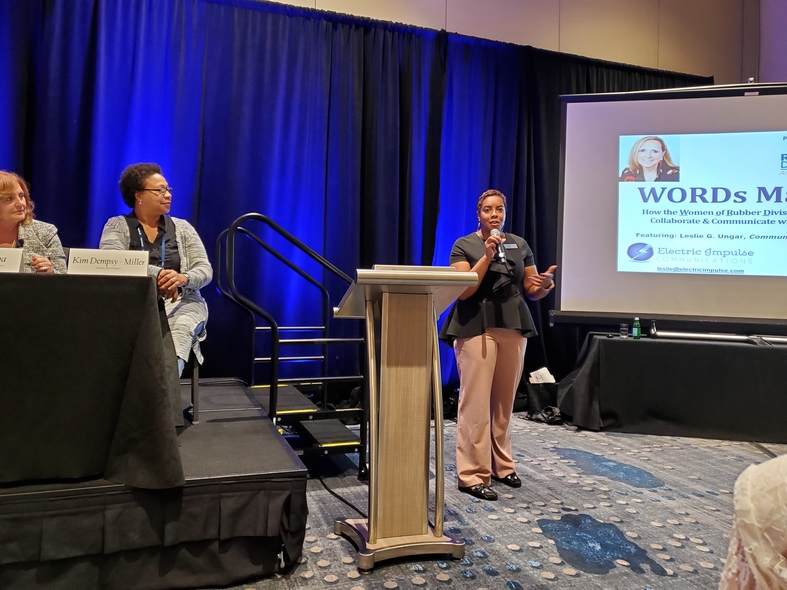 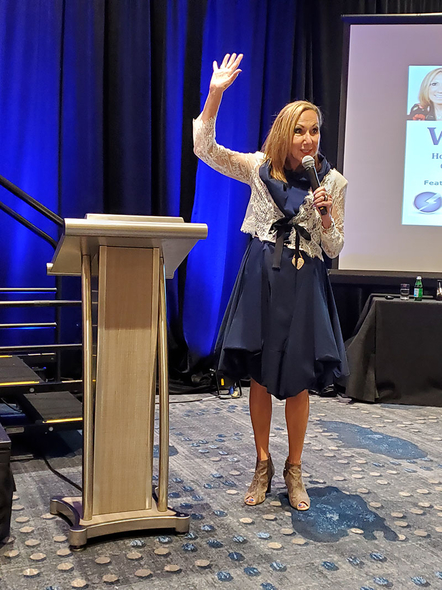 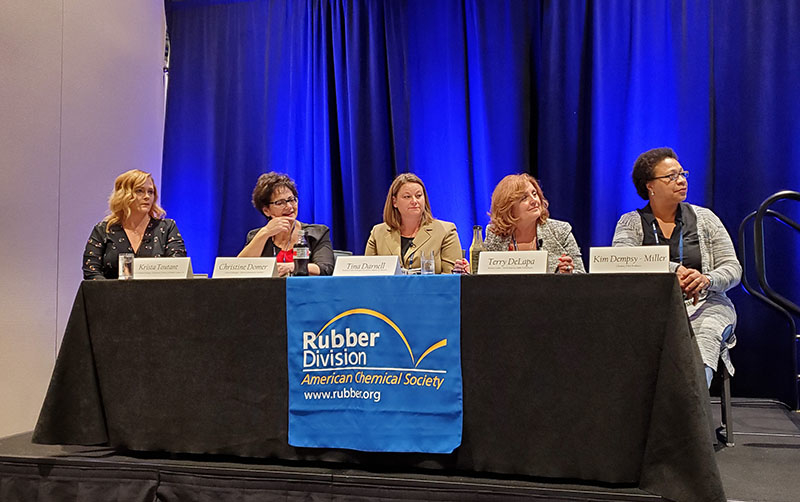 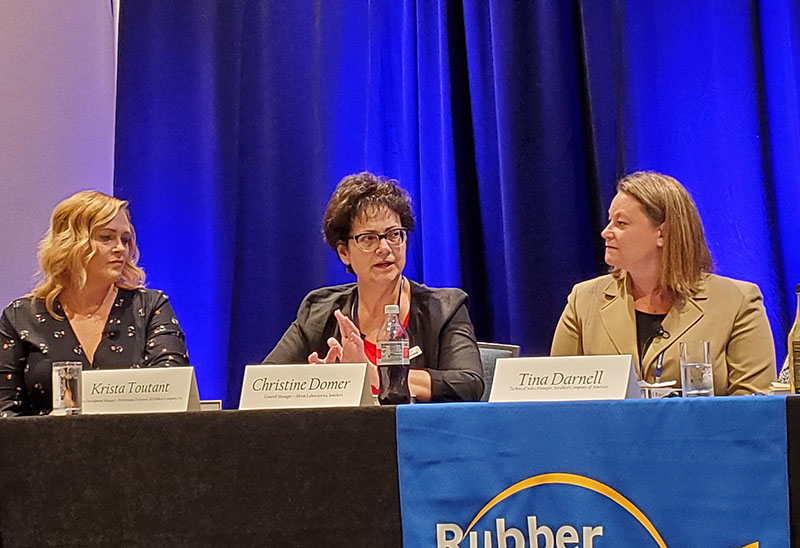 Erin Pustay Beaven, Rubber & Plastics News
Christine Domer (center) discusses some of the ways in which metors, both personal and professional, have impacted her career.
Share 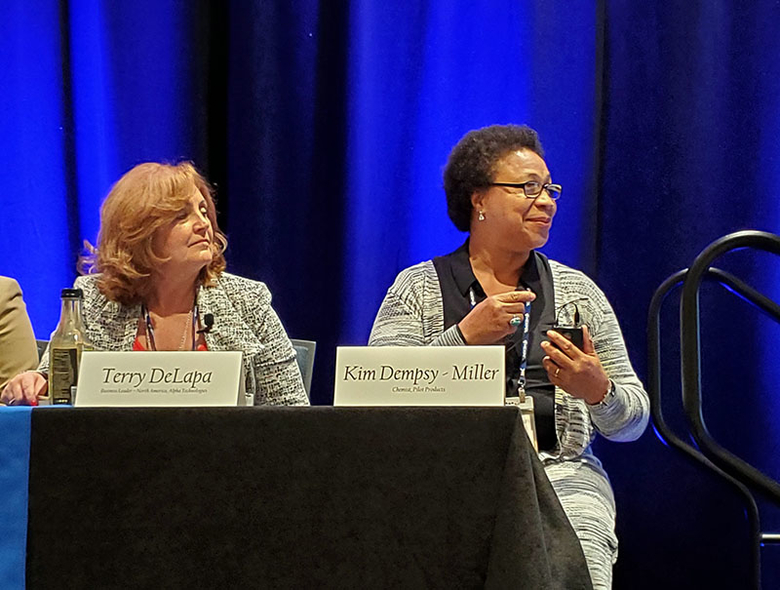 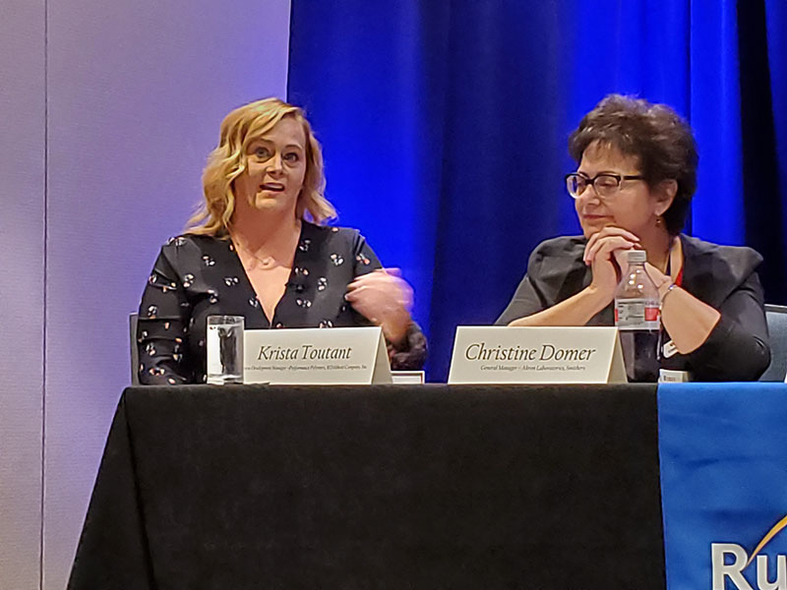 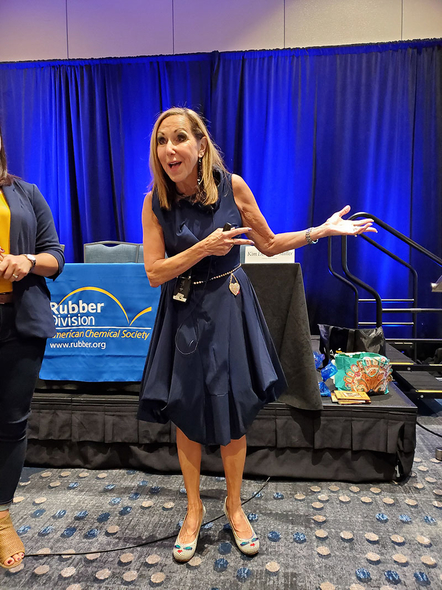 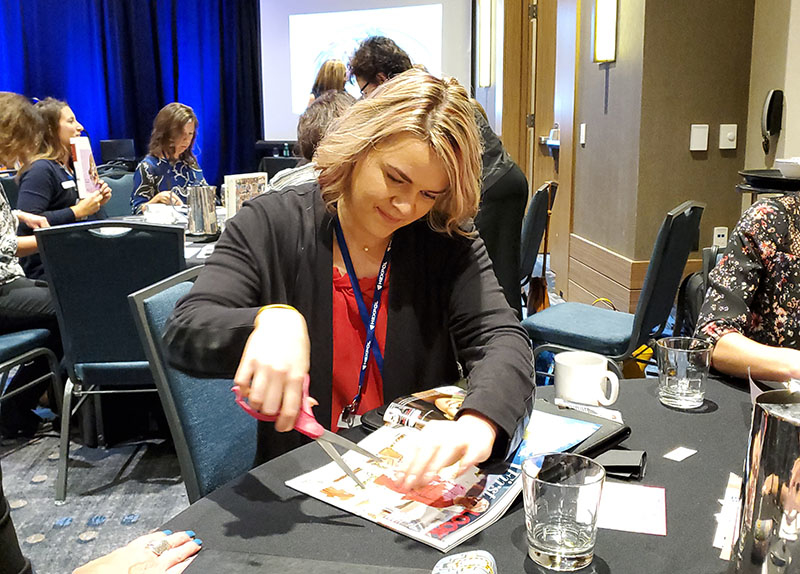 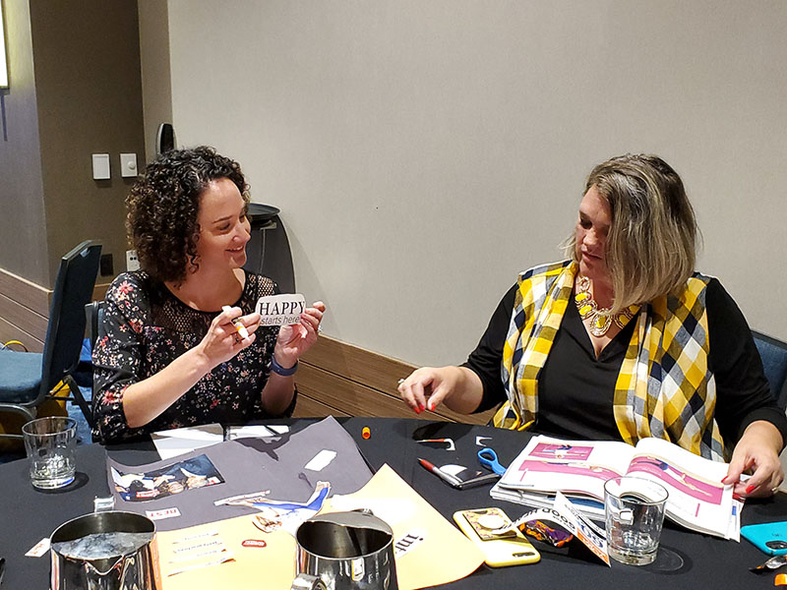 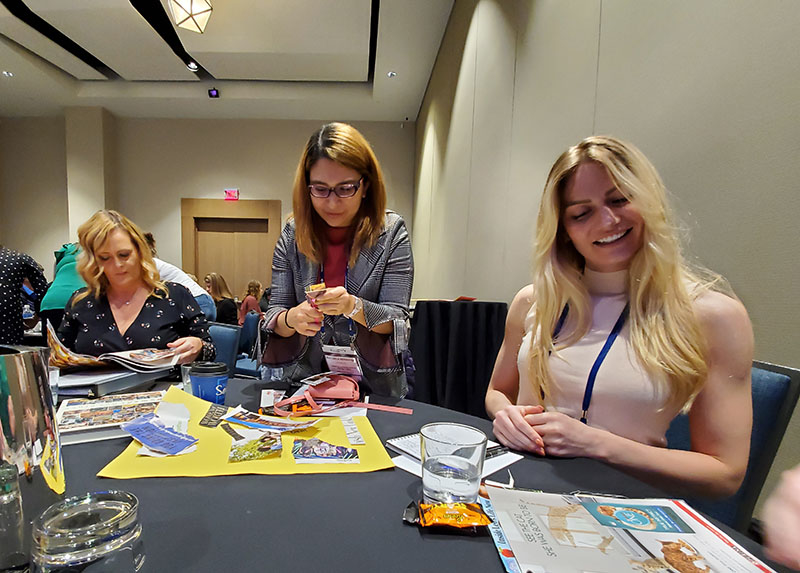 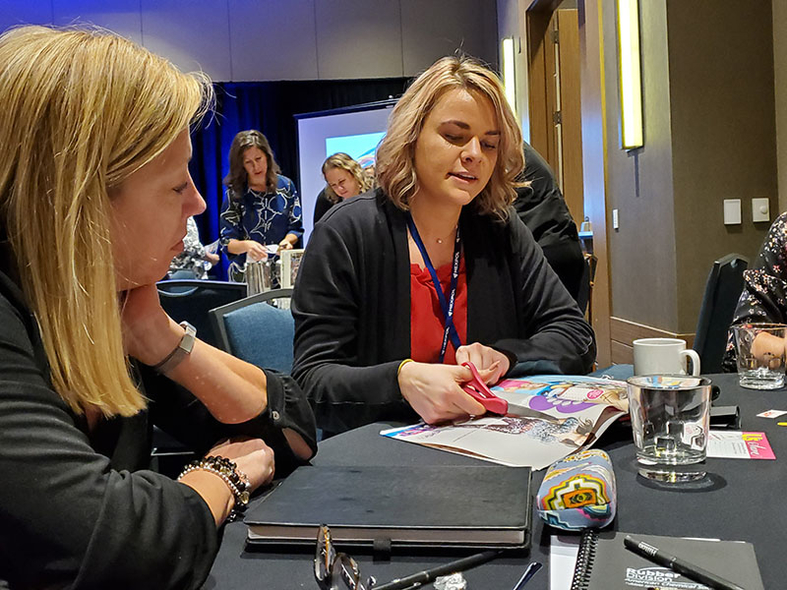 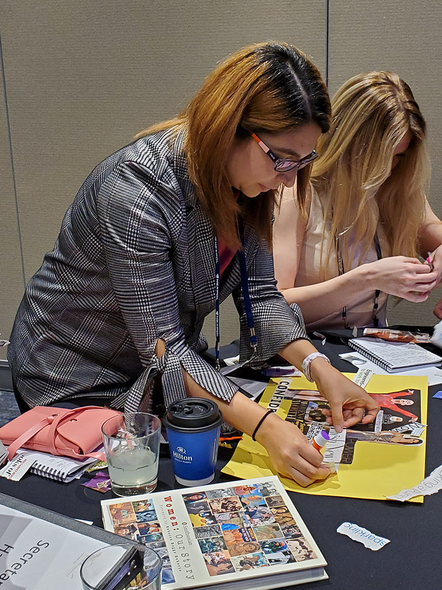 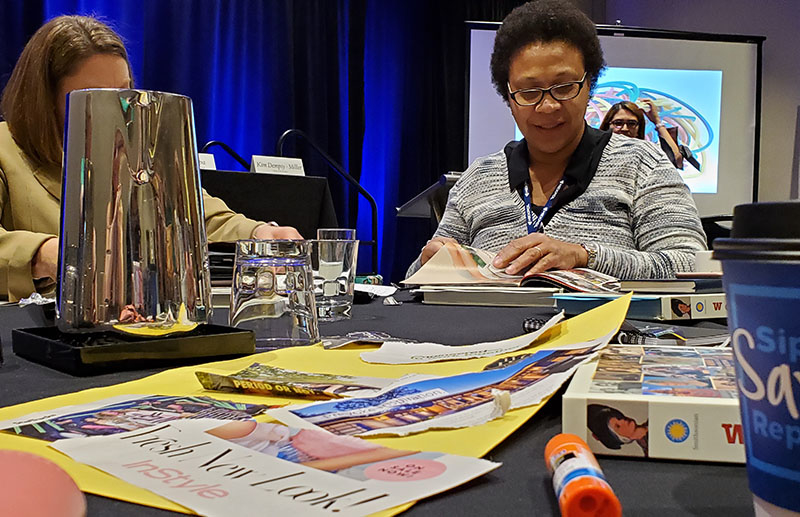 Erin Pustay Beaven, Rubber & Plastics News
Kim Dempsy-Miller looks through magazines for images that can be used on a collage dipicting the Women of the Rubber Division today.
Share 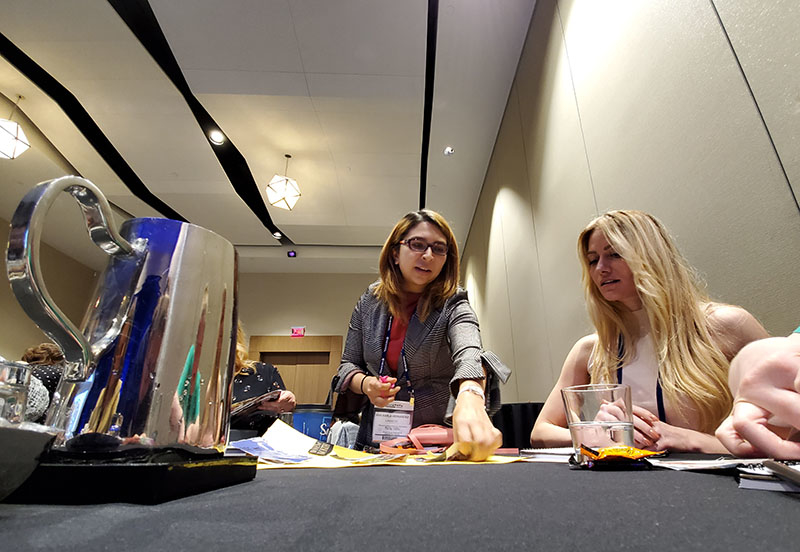 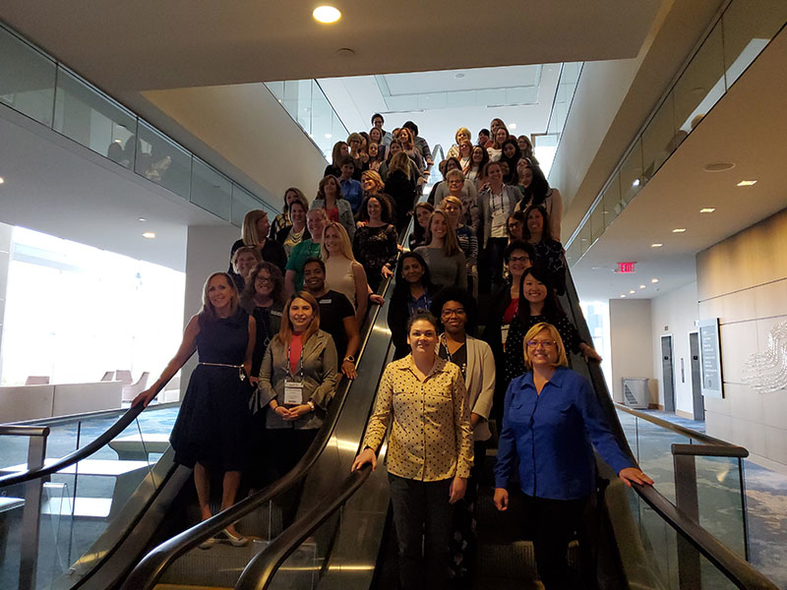 Erin Pustay Beaven, Rubber & Plastics News
Word Workshop participants pose for a photo at the end of the event

The industry today is more diverse than it was just a decade ago and one major change that impacting the industry is the number of women who are choosing careers in all facets of the industry.

In recognition of this, the Rubber Division, for the first time, offered a workshop Oct. 7 ahead of its International Elastomer Conference that was geared toward women. The workshop, dubbed Women of Rubber Division, focused on empowering women as they look to navigate the industry and grow professionally.

After leading the panel discussion, Ungar gave her own presentation, focusing on the strategies and practices that help to build successful careers, and offered participants an opportunity to collaborate on small project.

"I'm not here to talk about the right or wrong of the workplace," Ungar said. "What I am here to say is that the Women of Rubber can be more empowered in how they communicate. I call it your inner brilliance: How you identify your value, how to communicate your value, and how you protect your value."

The strategies, though, were not just best employed by women. Anyone industrywide would be able to benefit from the goals Ungar presented. Among them, the art of networking.

Being truly good at networking requires work, Ungar said, pointing out that the key to making connections at events is tucked into the word itself: working. And as with anything that requires work, practice and planning are critical.

"Go into a networking event with some kind of a plan," Ungar said. "Make a plan."

The plan, she explained, should have concrete and attainable goals, something as simple as talking to three new people to make meaning connections that work for you. Doing that is as simple as asking a question.

"Questions," Ungar said, "are your best friend. Because if your goal is to listen, you can't just listen to dead air. You have to ask a question."

When you ask questions, you take the lead in the conversation. While you may not be doing most of the talking, the key is that you are guiding the conversation and getting the kind of information that you need in order to make meaningful connections with those you meet.

"You need to connect with your audience, if it's one person at a water fountain or a large group of people," Ungar said.

She suggested having a total of nine different questions that can help to spark conversation, find common ground and open the door to making a connection.

Networking, though, shouldn't be about all that you can get. "Remember," Ungar said, "the law of reciprocity."

To be successful in networking, search for the ways in which you can be helpful to the person with whom you are conversing. Listen for ways you can be of help, by making recommendations or offering guidance—the name of a good restaurant in town, for instance—when needs arise.

One of the most important ways you can give back, though, happens after the networking opportunities.

Ungar talked about a professional she knows who loves to network. Meeting new people and making meaningful connections matter to him. But the one thing that makes him successful at networking is his focus on the people with whom he networks.

"Kurt never will be seen giving out a card," Ungar said. "But he always takes a card."

And she said he always follows up. By following up, you take the networking opportunities to the next level and find even more meaningful ways to make them work for you.