In spite of hurdles, people are first at French Oil

PIQUA, Ohio—Ostensibly, the French Oil Mill Machinery Co. in southwest Ohio is a machinery manufacturing business that has grown to see a majority of its sales come on the rubber side of the industry.

But as its employees might testify, French Oil is a people-first business—enriching the lives of those who work there and the businesses of downstream rubber processors who purchase French Oil's premium quality hydraulic presses, rubber mixers and molding machines.

And it is in this capacity that many machinery manufacturers have struggled, through supply chain delays and the absence of skilled labor, microchip shortages and regulatory hurdles.

But with planning, the 75-employee French Oil has been able to thwart some—not all, but some—of those issues to maintain its strong professional reputation.

"We are very fortunate that our growth has continued over the last seven years," said Douglas Smith, sales engineer for the hydraulic press division. "But we are having to do a lot of things that we have not had to do before."

As the company "works proactively" to address market issues, it has designed its workflow and production processes to reflect greater automation and customization, Smith said.

Some of that is due to the loose labor market.

"From an automation and design aspect, we are more focused now on flow paths, a function of the lack of skill sets in the labor market," Smith said.

Smith added that the privately owned company invested between $4 million and $5 million on the manufacturing and machining side several years ago, adding programmability into its manufacturing.

"This increased quality and our capacity," Smith said.

According to the Dayton Region Manufacturers Association, work force challenges remain the top challenge for Dayton-area manufacturers, as has been the case over the last nine annual surveys.

"The need for highly skilled and trained professionals in the workplace is the top issue for DRMA's manufacturer company members," French Oil stated in response to the most recent survey. "Manufacturers are drastically understaffed. This is, in part, due to COVID-19, causing an increase in pay and employee-leave regulations, along with other mandates. 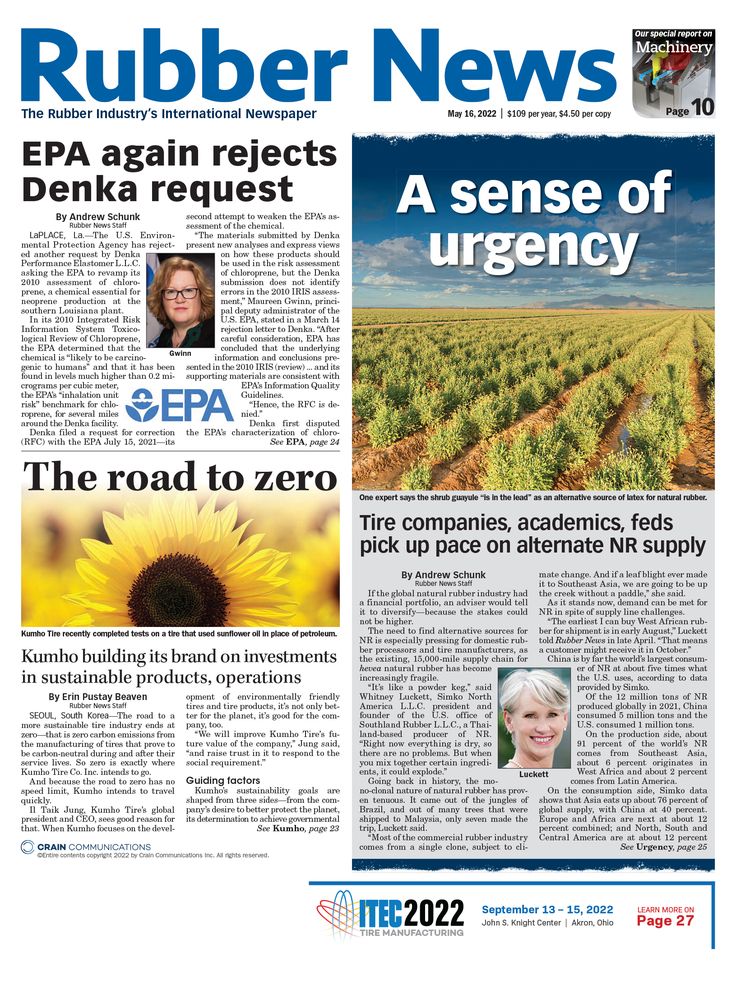 "At French, we are doing as much as we can to help combat these issues for the benefit of our industry and customers."

"We have always had a validity period for proposals, a 30-day window that is now very difficult to adhere to."

On very few occasions since the company began producing rubber manufacturing machinery in the 1950s has French Oil had to enforce this "validity window," Smith said.

"We have had customers ask us (far outside of this validity period) if we could hold a certain price," Smith said. "And in some cases this has become an outrageous request."

As rubber processors change materials and priorities "week by week," machinery manufacturers are forced to keep up—while holding on to their own priorities, fixed data and business benchmarks.

In addition, the hydraulic presses and mixers themselves have their own parts and components—like microchips—that are subject to their own lead times and supply chains.

"We are doing more things in piecemeal now," Smith said. "Can we get a portion done while we get into a vendor's queue for something we need?"

Again, with planning, French Oil has seen success on this front.

"Last year, we were fortunate as the microchip shortage had no direct impact," he said. "We were aware—through our suppliers—that this was going to happen, and happen very soon. But the (problem) cases were limited and they still were readily available.

"This year, we have looked at our forecasts and started placing orders early to get something moving in the supply chain."

And because of that, French Oil's backlogs "have remained healthy," Smith said.

"Getting these orders in did a lot of good things to help us," he said. "This was a very good business decision to make."