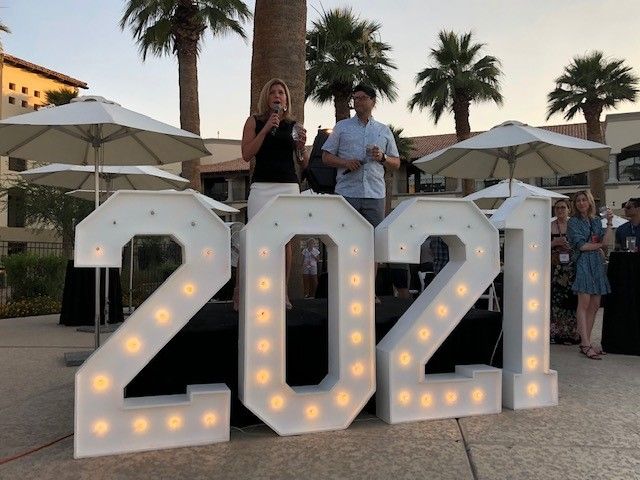 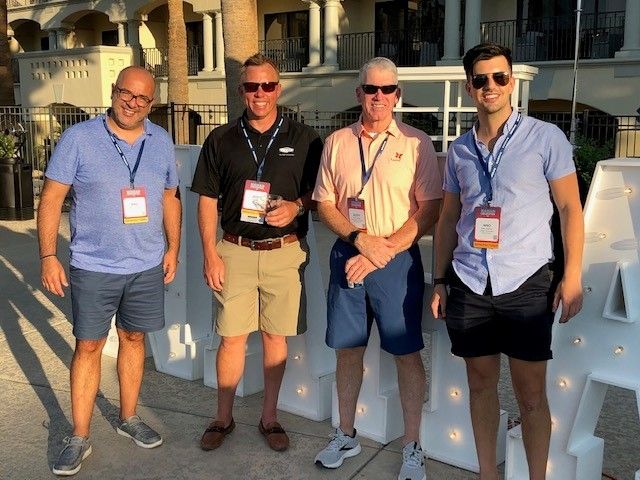 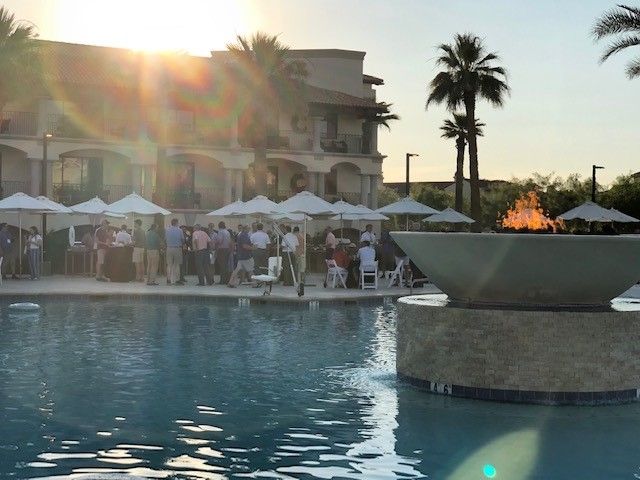 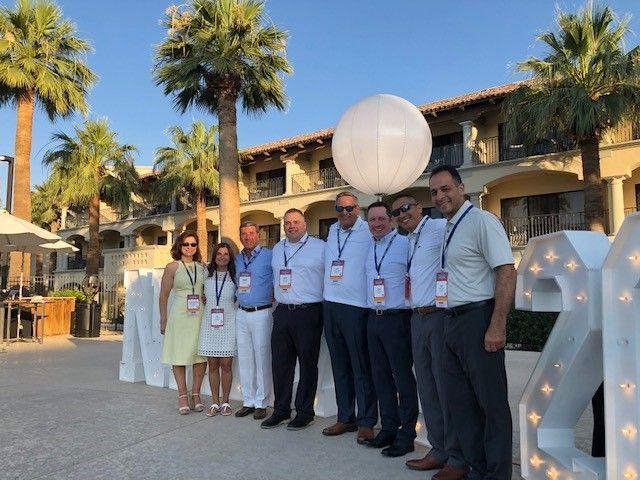 Andrew Schunk, Rubber & Plastics News
Members of the Hose Master team from Cleveland have made their way to Scottsdale, Ariz., for NAHAD 2021.
Share 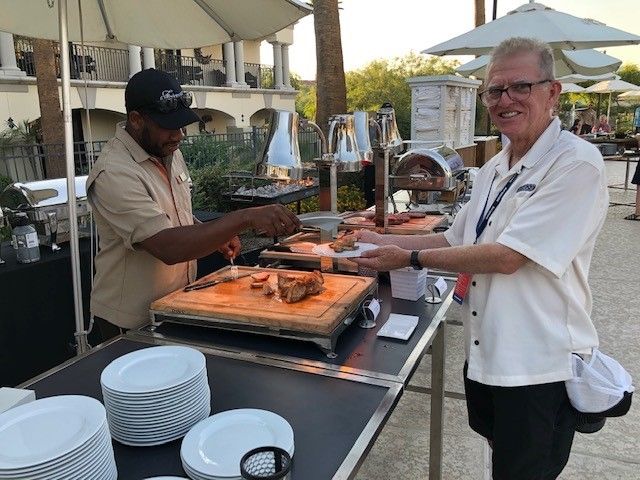 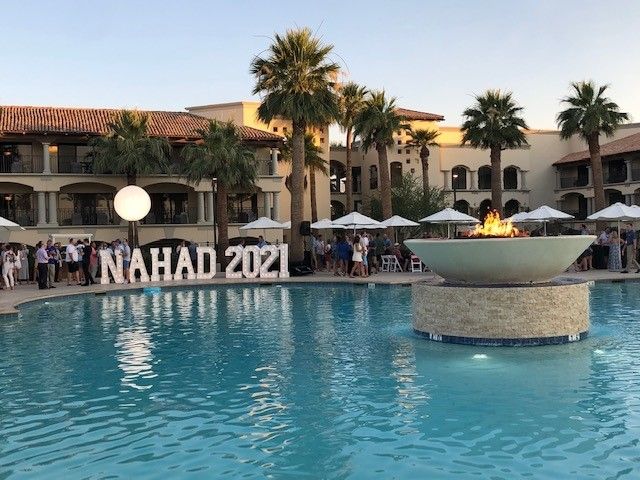 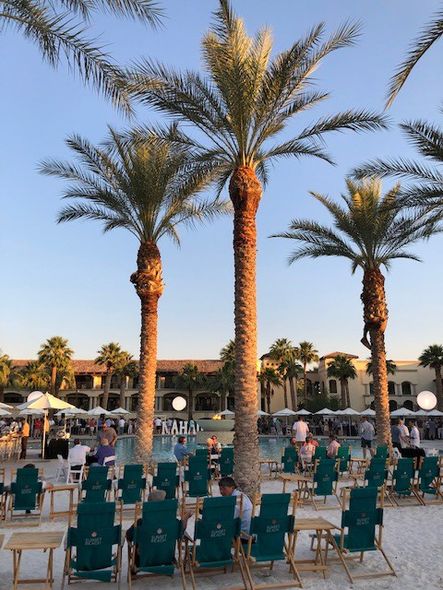 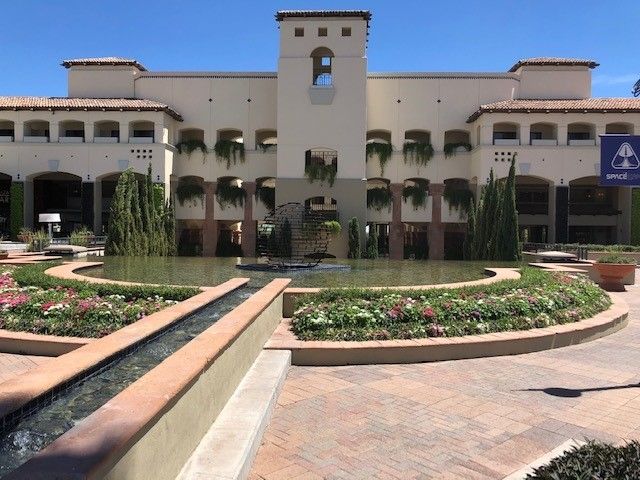 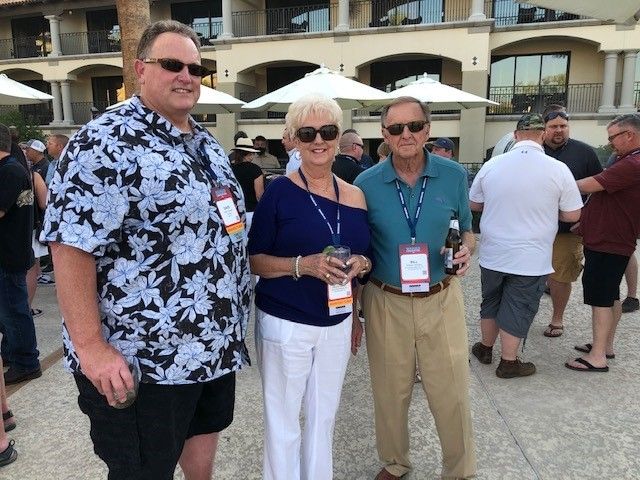 Andrew Schunk, Rubber & Plastics News
David Gossett of Thermoid, at left, said he appreciates the organization’s projections and helpful forecasts—as well as reconnecting with old friends from the industry.
Share 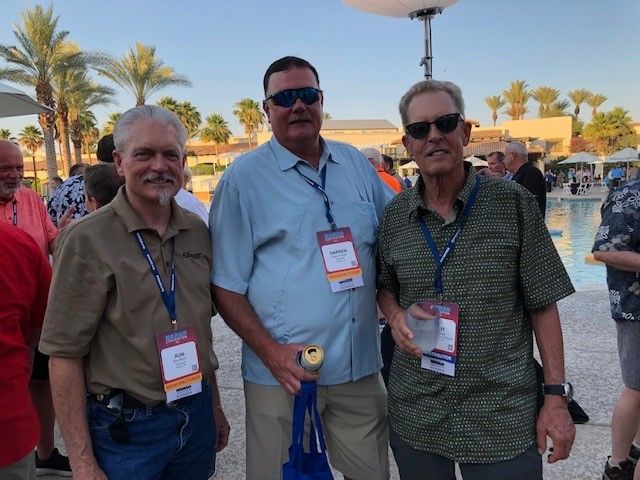 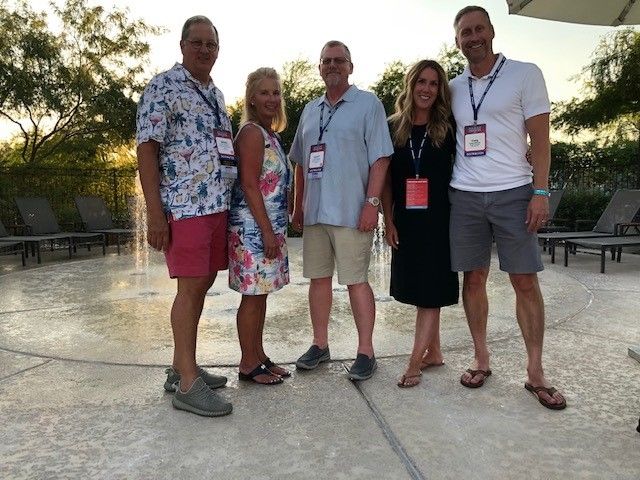 Andrew Schunk, Rubber & Plastics News
NAHAD 2021 has been a time to conduct business, certainly, but it also represents a time for family, where members can bring their spouses for the conference.
Share 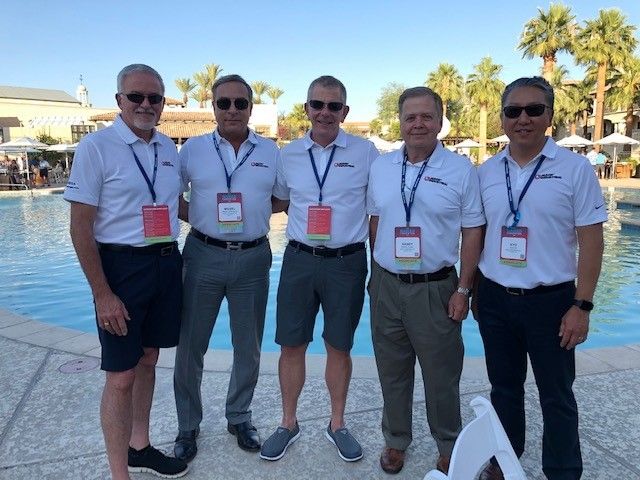 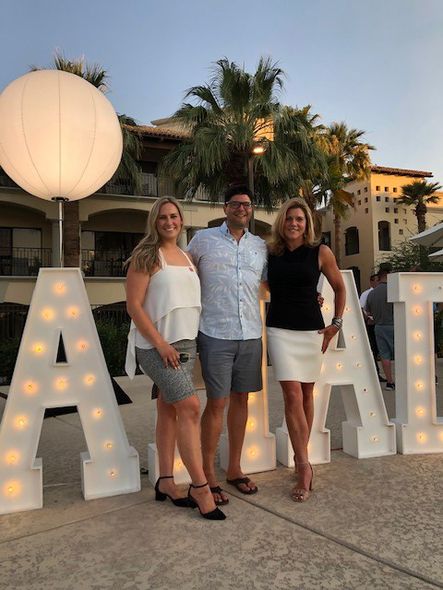 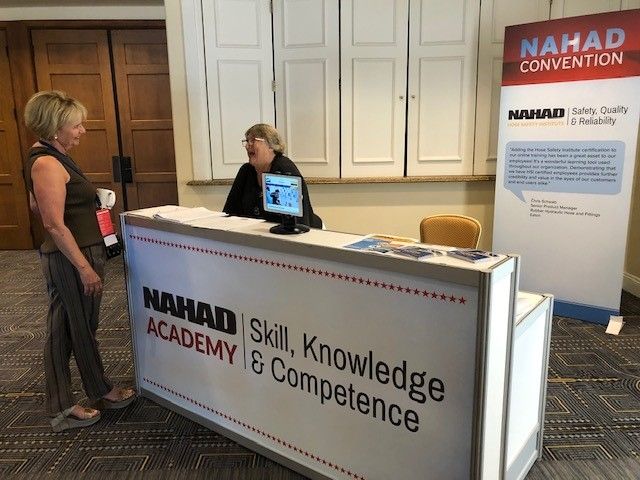 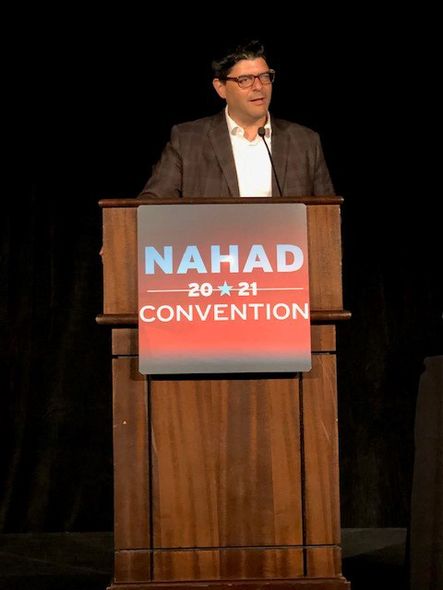 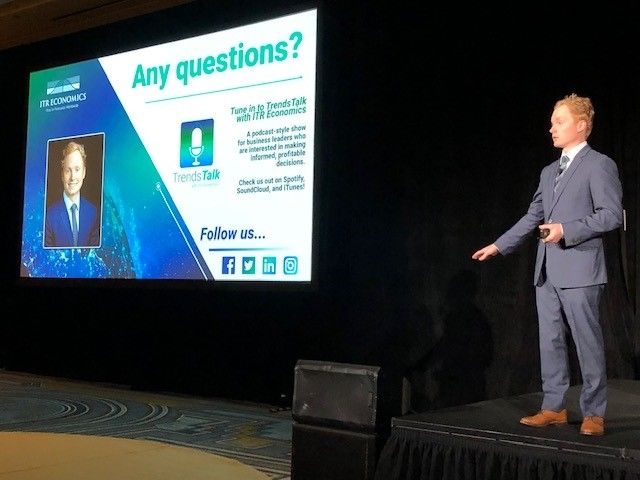 Andrew Schunk, Rubber & Plastics News
Economist Connor Lokar of ITR Economics speaks on the industry forecast over the next decade.

SCOTTSDALE, Ariz.—The attendance may be down, but the sheer exuberance on the faces of NAHAD members, from manufacturers, to distributors, to the organizers themselves, is evident after more than two years since last meeting in Las Vegas.

The NAHAD Annual Meeting and Convention is back, and it is back in force, with more than 600 attending this year's conference. In peak years, that number has been closer to 1,000.

To say that the challenges faced over the last year by hose industry businesses, from raw material availability to essential PPE pivots and social distancing, from labor force issues to pricing volatility, would be an understatement.

On top of that, the organizers of NAHAD 2021—The Association for Hose and Accessories Distribution—have had to restart and regroup from their best laid plans not once, but twice, from an initial setting in the Bahamas in 2020, then to San Diego, and just two months after that cancellation, to the stunning (and hot) desert landscape of the southwest U.S.

"This year's meeting has been a long time coming, and is nothing short of a miracle," NAHAD President Sam Petillo, president and CEO of Houston-based Singer Equities, told several hundred people gathered June 13 at "Sunset Beach," just one part of the expansive Fairmont Princess Scottsdale Resort. "I don't think it is a stretch to say that this is one our most important conventions of all time with the challenges faced in our industry.

"But here we are. I want to thank you, each and every one, for your continued support of NAHAD and for joining us at this year's convention."

Under the watchful, organized eye of Molly Alton Mullins and her staff at NAHAD, the agenda opened June 13 with a talk from Connor Lokar of New Hampshire-based ITR Economics, who presented an economic forecast over the next decade with a specific eye toward the hose industry.

Later in the day was a sales and educational talk from Ryan Avery, the youngest World Champion of Public Speaking and an Emmy Award winner, who discussed how collaboration and productivity can lead to vastly improved business and bottom line performance.

The Sunset Beach pool party was a fitting conclusion to the first day, as NAHAD 2021 attendees were treated to an amazing spread of pork and beef fillets, cured meats, an open bar—and 115-degree temperatures before the sun took its leave for the evening in the valley.

"This is an opportunity to see friends of 26 years," said Rich Balka, owner and president of Home Rubber Co., based in Trenton, N.J., a broad-based company that manufactures handmade lathe-cut gaskets, specialty sheet rubber and tubing. "Our core customers are here. It is a great chance to talk business—and family."

Roy Pyle, vice president of U.S. distribution sales for Jason Industrial, the fluid power segment of Ammega Group, said he appreciates membership in NAHAD for its committees, activities, projections and forecasts, and its valuable standards committee.

He has been attending the conference since the late 1980s.

"It is the ability to reconnect with people in our industry in a non-threatening environment," Pyle said. "We reconnect on friendships. From a business standpoint, I see more people and make more connections in one trip than I could in six to nine months, spending thousands and traveling many miles to do the same thing."

"The biggest thing is that the majority of my customers are here," Gossett said. "Seeing these key personnel is a major asset."

Outside the convention, Gossett added that he appreciates the organization's forecasts in geographic areas and overall market trends.

"This really is the Super Bowl for our industry," added Cory Byall, a distribution sales representative for Faster Inc., a hydraulics coupling distributor based in Maumee, Ohio. "It is a sizable investment to attend, and it is worth every penny. I cannot miss this convention under any circumstances."

Check back at rubbernews.com for more coverage of NAHAD 2021, which runs through June 15.