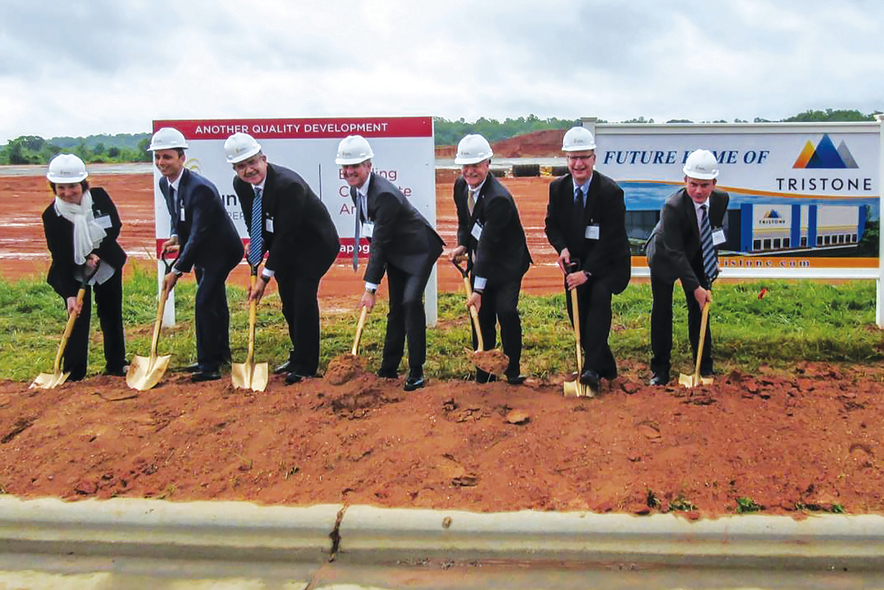 Tristone
Company and local officials broke ground on Tristone’s new plant in Mooresville, N.C., its first in the U.S. The site is projected to span about 215,000 square feet and enhance the firm’s global manufacturing footprint.
Share 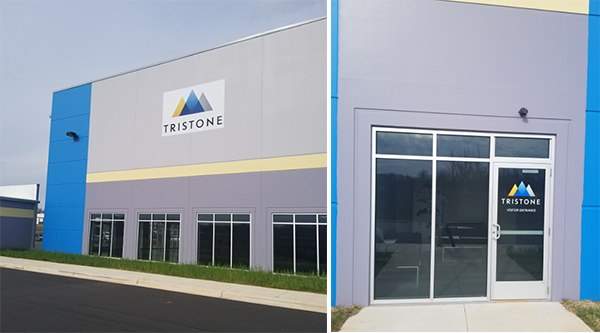 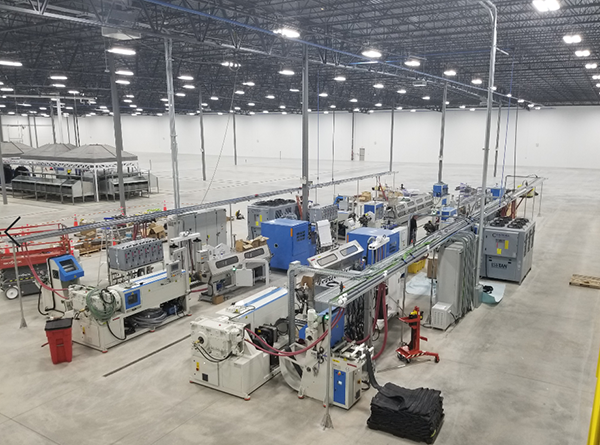 Tristone
A look inside the new Tristone facility in Mooresville, N.C.
Share 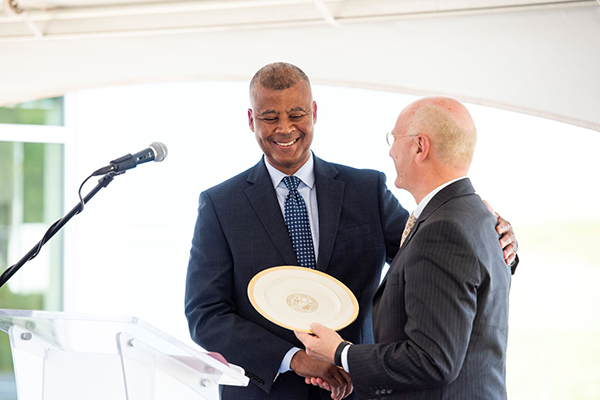 Tristone
Tristone celebrated the opening of its new facility in Mooresville, N.C.

MOORESVILLE, N.C—Tristone Flowtech Group GmbH will begin production of engine cooling hoses at its newly built manufacturing plant in Mooresville by the end of May.

Headquartered in Frankfurt, Germany, the global hose, pipe and surge tank maker held the grand opening of its first facility in the U.S. on April 17. The company spent about $23.6 million on the project and, together with investments made by the owner of the site, constructed a complex that spans about 220,660 square feet.

About 177,605 square feet is earmarked for manufacturing and logistics, according to Guenter Froelich, CEO and president of the firm, which broke ground on its newest factory in May 2018. The remaining space will be used for offices, he said. It is a greenfield facility, he added, and similar to the firm's two-year-old plant in Mexico.

The plant in Mooresville initially will make hoses for an automotive customer in the U.S., he said, with deliveries trucked to various factories in the country.

He said the factory in Mooresville will launch production with a work force of about 40, who initially will make engine cooling hose. At the close of 2019, he figures close to 100 will be working at the site. "By the end of 2021, we expect to employ roughly 300, both blue and white collar workers."

Tristone has been planning to set up a production operation in the U.S. for some time, Froelich said. "With our new plant in the U.S., we can provide additional benefits to our automotive customers located in the U.S. and Canada. The new Mooresville plant brings us closer to our customers' automotive plants and brings benefits to the local community through local employment."

It also mitigates potential risks with deliveries from Mexico to the U.S. and allows the firm to deliver products to its customers' plants in the U.S. and Canada from the U.S. facility.

In addition, he said, another factory was needed in the NAFTA region because capacity at its plant in Delicias, Mexico, is currently full with about $78 million in sales this year and a work force of about 900.

In April 2017, Tristone transferred production from an older, smaller site in Delicias to a new factory in the same city that also has 177,000 square feet of manufacturing space. The Mexican site makes engine cooling, battery and air charge hose systems.

Froelich added that in addition to engine cooling hose, the Mooresville facility eventually will broaden the company's product portfolio in the U.S. and house production of plastic pipe and surge tanks for engine and battery cooling applications for major original equipment manufacturers.

Tristone's newest facility is its 11th plant. In addition to the one in Mexico, the others are located in Poland, Czech Republic, Slovakia, Italy, France, Spain, Turkey, India and China. The company also operates a sales and engineering center in Detroit that services the NAFTA market.