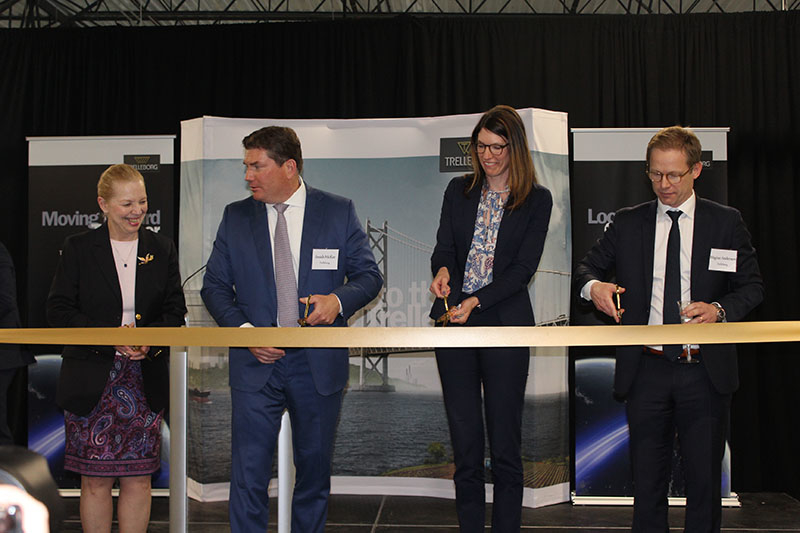 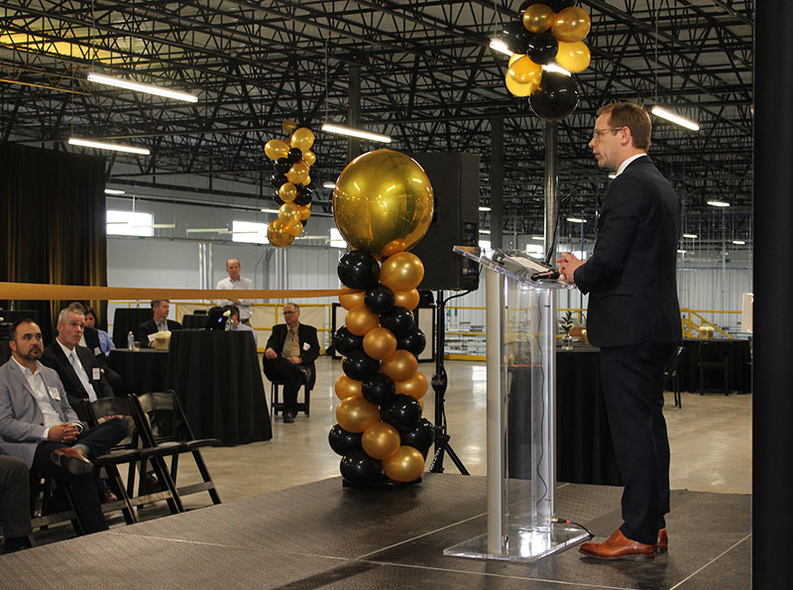 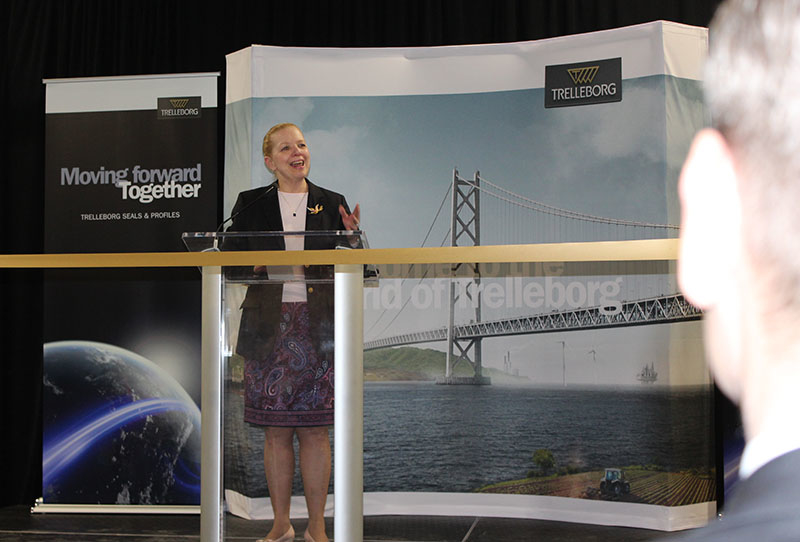 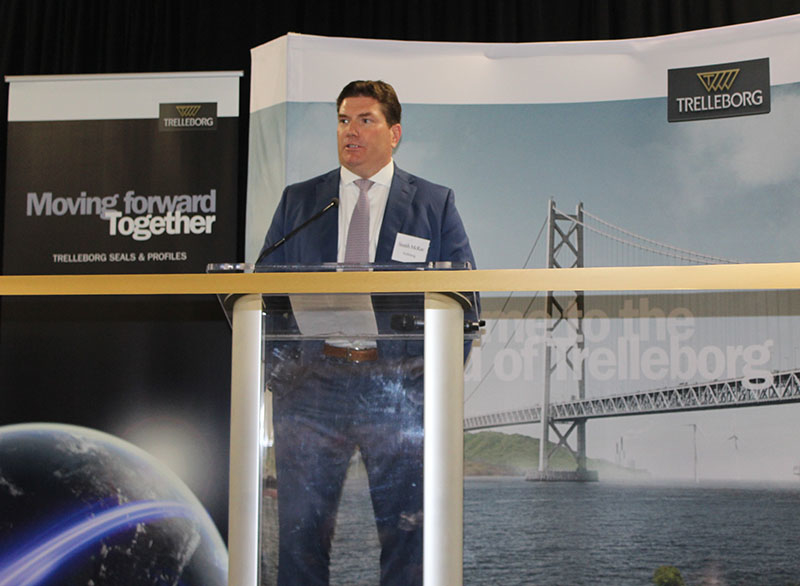 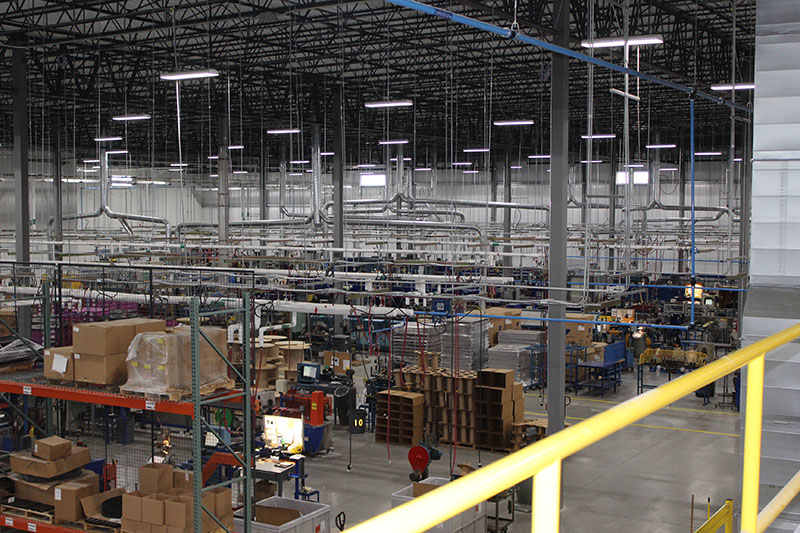 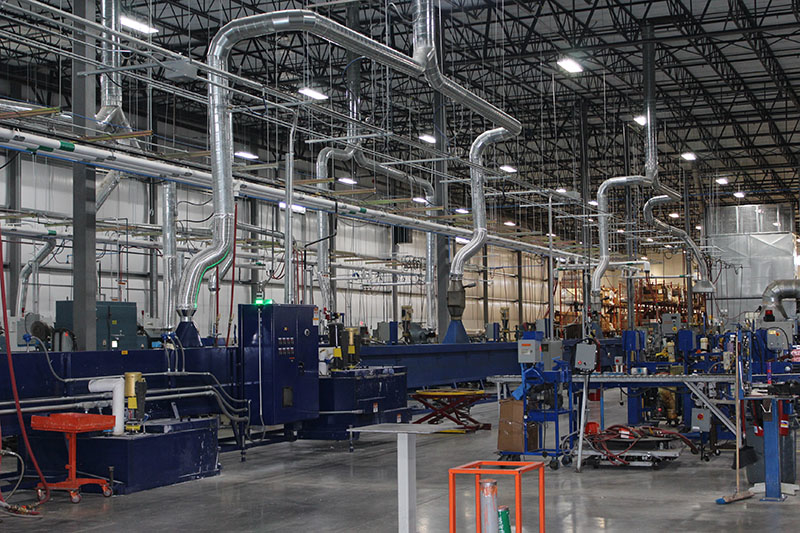 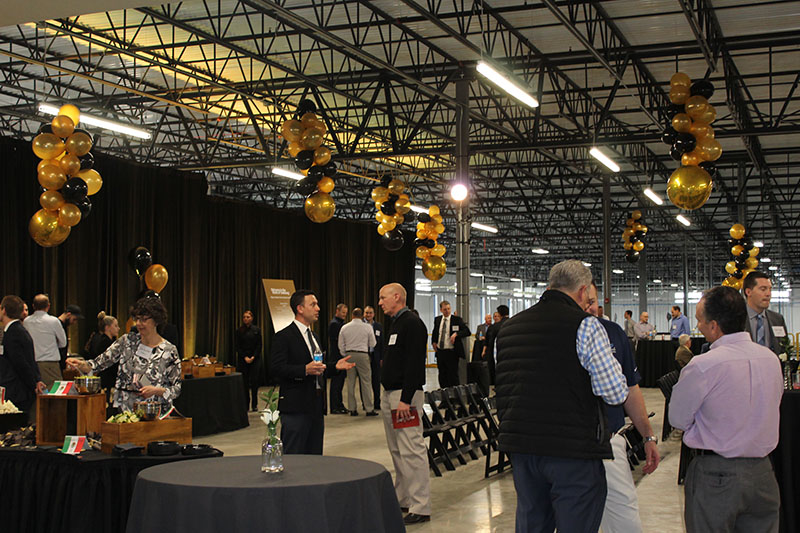 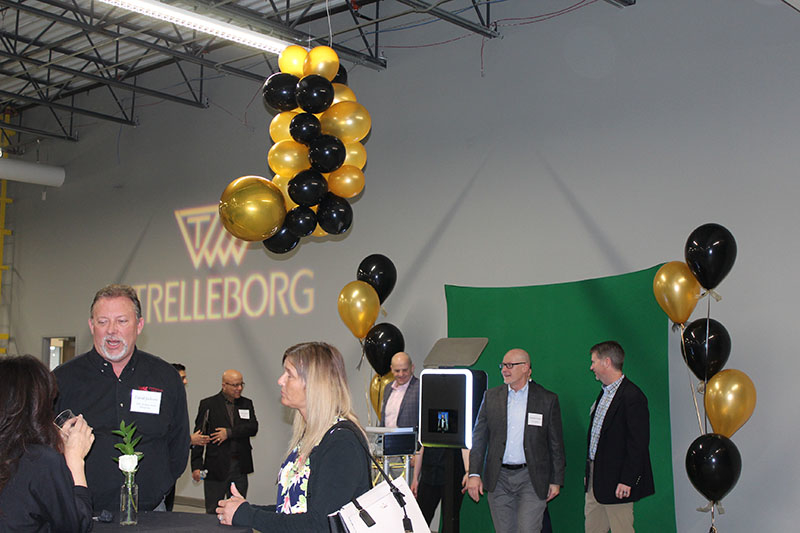 The new Aurora location is the result of more than three years of planning and process, and brings multiple efficiencies to the company's manufacturing capabilities, Managing Director Smith McKee said. Investment details were not disclosed.

"The main driver behind this was first, getting better efficiencies by consolidating all the plants into one, and then, being able to continue to grow," McKee said. "Obviously with more efficient space, we can expand and we can grow, which was a limitation for us in the old buildings."

As the business unit grew, it was going to have to expand from four sites to five at some point, said Magnus Andersson, president of Trelleborg Sealing Profiles Sweden A.B.

"That didn't make sense," Andersson said. "It made more sense for us to look and move into one site."

"People are actually in one place and talking together," she said. "Miscommunication happens when you're in different sites. Distance can make conversation a little bit longer. I think that's a huge part as well."

In the process of deciding where to build the new facility, Trelleborg looked at its footprint in each location, McKee said. As far as manufacturing plants, Trelleborg's Ohio presence was just more than twice the size of its presence in Indiana. So it made more sense to bring Indiana's manufacturing capabilities to Ohio.

"We knew that if we looked too far from Aurora or Streetsboro (Ohio), we were going to lose all of our blue-collar employees," McKee said.

Trelleborg notified its Indiana employees 11 months ahead of time, he said.

"We offered employment to all of our employees in Indiana, knowing that we weren't necessarily going to be able to relocate everyone," McKee said. "They just weren't going to be interested, especially with the economy and unemployment rates."

At the end, one employee from the Bristol facility moved to the new Ohio location, and only stayed for about three weeks before moving back, McKee said. The recreational vehicle business is expanding in Bristol, which allowed some from the Trelleborg plant to find new work quickly.

"It's good for them that they were able to find jobs, but that's why we weren't really able to relocate many of them. And they just didn't want to move too far from home, either. That's where their family is," McKee said.

Keeping as many experienced employees nearby was a driving force in the decision of where to locate the new plant, Andersson said.

"One key criteria for us in selecting the place was to be close to our existing sites here, so we wouldn't lose the competence in the people we have," he said. "Building experience in our people and then having them stay when they are trained is critical for our business."

McKee said the full-time total headcount at the Aurora facility is about 165, and the company is still in the hiring process for several of those positions.

From an equipment standpoint, the new facility is about 80 percent utilized with its current installation, McKee said. The new space will allow for the additional installation of three rubber extrusion lines and one plastic extrusion line without the need to expand the building itself.

He said bringing some of the automotive business from the Bristol facility proved to be an obstacle, as well as setting it up and learning how to run some of those products, especially without the facility's employees moving with them.

"So we had a couple months where we were really trying to figure out that learning curve," he said. "But now we're starting to learn and get much better. I think the biggest benefit so far has been … the employee communication and being able to learn quickly, being able to manage the process and figure out what the next steps are."

Early in the process of developing the new facility, Trelleborg gave its employees surveys to plan the office space, to determine what employees preferred in communication and work spaces, Sundlof said.

Employees had to transition from a private office space to a more open office environment, which took a period of adjustment, McKee said. For example, the sales team originally had offices down the street from the manufacturing plant in Aurora. Now they're seated right next to the factory, where they can hear the equipment running throughout the day.

"It took them a little bit of getting-used-to, to be able to concentrate and think, but I think it's much more important for them to be close to the process than be in a quiet space," McKee said.

Within two months of the move, management checked in again with employees to see where more adjustments needed to be made, including things like getting blinds for some employees working right next to windows, McKee said.

"So we have a list of things that we want to work on, things we didn't know about at the beginning," he said. "But it's a process. We wanted to make sure those lines of communication were open."

With the new facility going forward, McKee said Trelleborg is focusing on two new segments of the industry: aerospace, and its sunroof seal business. The company will need new plastic and rubber extrusion capabilities to support an aerospace segment, and it's working on that with some existing customers to develop new products. Trelleborg also developed a sunroof seal initiative to try to expand a presence in the market, as a part of the company's vision to grow the overall business.

Building and construction market and applications remain the company's core business, and that segment will also continue to develop, expanding both geographically and with new product, Andersson said.

"We're looking at the things that are somewhat within our capabilities and things that really fit within what we do best," McKee said. "But then we're trying to find areas that we can differentiate ourselves. A lot of extrusion companies are very focused on a very simple type of product, and we want to be able to separate ourselves."

The new location is an affirmation of the company's commitment to customers, colleagues and partners in the U.S., and expands its capabilities to grow and serve customers better stateside, Andersson said.

Within the last year, Trelleborg also invested in its sealing profiles unit in Queretaro, Mexico, adding 13,400 square feet to the building and six jobs. Trelleborg Sealing Profiles America also has sites in Milford, N.H.; Bonne Terre, Mo.; and one in Tijuana, Mexico. Each site comes under the leadership umbrella of the new Aurora facility, Andersson said.

"For now, we think our footprint is pretty much what we need it to be for a time period," Andersson said. "There will always be things we're looking at, if we add a warehouse here or inventory close to market. As far as the manufacturing footprint, we're very happy with the current setup."