Some major automotive suppliers won't just be rolling out new driver-assistance technology in the coming years. They also will be deploying health technology aimed at detecting COVID-19, alerting someone to signs of a heart attack and purifying the air in vehicles.

"Our technologies make mobility cleaner, safer and smarter," Valeo Deputy CEO Christophe Perillat said this month at CES. "Naturally, they're finding their ways into other fields beyond our traditional automotive business."

Suppliers including Valeo and Mitsubishi Electric are finding that much of the technology they are developing for advanced driver-assistance systems can provide health benefits as well.

Take Valeo, for instance. At CES, it showcased a COVID-19 symptom detection terminal that the supplier says can determine whether someone has the coronavirus without making contact with the person, and do so in less than two minutes—with accuracy similar to that of a PCR test.

The detection system was created using the same driver monitoring technology in advanced driver-assistance systems, which monitor a driver's face for signs that the person is paying attention to the roadway and is alert. Valeo said its system uses radar, camera and artificial intelligence technologies to watch for signs of COVID-19.

Perillat: Car to be “health cocoon”

Valeo said it developed the system "in collaboration with health organizations," with clinical trials planned by research organizations in countries including Belgium, Egypt, France, India, Morocco, Thailand and Tunisia. The supplier, the world's 10th largest by annual sales to auto makers, said it also will eventually offer a "miniaturized" version of the terminal that can monitor vitals from a distance, which it says can make managing patients at emergency rooms "easier" for hospitals.

"This system … is a natural extension of all the technologies that we are advancing to sort of turn the car into a sort of health cocoon," Perillat said.

Valeo showed the COVID-19 detection system during a virtual press conference at CES as the highly contagious omicron variant continued its spread.

Valeo was not the only automotive supplier to showcase a health monitoring system. Mitsubishi Electric also used the week of CES to unveil an advanced driver-assistance system that it says can monitor the health of the driver and occupants in a vehicle.

The supplier said near-infrared cameras and radio-wave sensors in its monitoring system can detect whether the driver is drowsy or sick through facial expressions or by detecting the driver's pulse and respiration.

If it detects the driver is asleep or having a medical event such as a heart attack, stroke or seizure, Mitsubishi Electric said the system sounds an alarm. If the driver is unresponsive, it contacts a support center that the supplier says can stop a vehicle on the shoulder of the roadway.

"It can see over time if this person is OK, if he's sick, if he's having a heart attack and can make adjustments accordingly," said Mark Rakoski, vice president of advanced engineering at Mitsubishi Electric Automotive America.

Rakoski said the system could, over time, allow for health information to be sent to a family doctor or other health providers, with the driver and passengers' consent. It could also be used to determine how comfortable the driver and passengers are while in the vehicle and make changes to lighting or the music playing through the infotainment system to make adjustments. 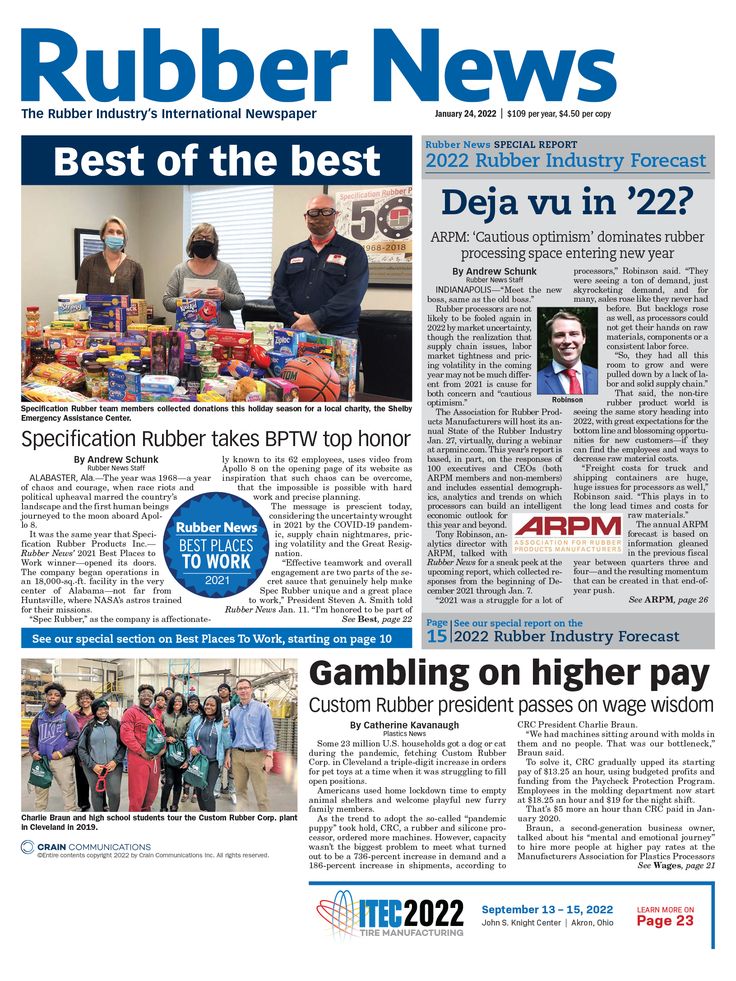 Want first access to the latest news, exclusive content, digital editions and data? We've got you. Learn more about individual and corporate subscription options at RubberNews.com/subscribe.

Meanwhile, Valeo and Japan-based supplier Marelli both received CES Innovation Awards for air purifier systems they developed. Valeo said its UV Air Purifier system can eliminate more than 95 percent of viruses, including the one that causes COVID-19, on public transportation. The supplier said more than 2,000 buses worldwide have been equipped with its air purifier.

Meanwhile, Marelli won an award for its IAQ Purification System that it says uses UV-A and UV-C light to destroy "virus-causing particles" with more than 99 percent effectiveness within 15 minutes.

The supplier said it has developed several versions of its system, which can be installed in the vehicle's HVAC unit or mounted on the dashboard, mirror or elsewhere when powered by a USB charger or via a cigarette lighter socket. Marelli also plans to sell an indoor unit through furniture manufacturers and distributors, according to a news release.

"With this technology we've expanded our focus beyond the traditional automotive market, developing an innovation solution that creates safer spaces for all, whether in home or office," Bharat Vennapusa, executive vice president of global operations at Marelli, said in a statement. "The possibilities for IAQ are exciting, and this recognition is proof positive that our advanced engineering efforts are paying off."