HANOVER, Germany—Continental has just begun to see the financial effects of the global pandemic, and is bracing for a more robust impact in the coming months by taking steps to cut costs now.

The Hanover-based automotive supplier has just begun to see the financial effects of the global pandemic, and is bracing for a more robust impact in the coming months by taking steps to cut costs now.

"We will feel the financial impact of the coronavirus pandemic even more strongly in the second quarter," Continental CEO Elmar Degenhart said in a statement. "Usually, we generate (75 percent) of our sales in Europe and North America. But both regions have been hit hard by the effects of the coronavirus pandemic since the end of March, while automotive production in China is stabilizing again."

Earnings (EBITDA) for the first three months of the year fell 21 percent to around $1.2 billion, on 11 percent lower sales at $10.5 billion, primarily due to the COVID-19 pandemic in China. There, Continental was forced to suspend production along with a number of other auto makers and suppliers.

This resulted in a 50 percent decline in output of passenger and light truck vehicles throughout the country, compared to 2019, Continental said.

Europe and North America also saw a significant decline in vehicle production, down 20 percent and 10 percent, respectively, according to a company news release. In Mid-March, Continental halted production at 40 percent of its 249 locations worldwide, though these closures mainly came in North America, Russia and India. Only one German location remains closed for now.

"In absolute figures, the global decline corresponds to about 5.7 million fewer vehicles produced in comparison to the previous year," Continental said in the release.

In April, the company took steps to adjust to weakening automotive demand and balance its finances accordingly. At the time, it disclosed plans to reduce costs by shortening the workweek for its employees. Continental said this impacts about 60 percent of its 240,000 employees.

Further, Continental said it had 239,649 employees at the close of the first quarter, about 1,800 fewer than it had at the start of the quarter. The company did not specify a reason for the reduction.

Meanwhile, the Continental Executive Board also extended its 10 percent reduction in fixed salary. Originally intended as one-month cut, the 10 percent pay reduction will continue through July.

Additional cost-saving measures are being instituted this year, particularly on the capital expenditure side. Continental is postponing any projects and investments not deemed urgent, and is aiming to reduce its investments by 20 percent.

"The economic environment has again deteriorated substantially since the beginning of March as a result of the coronavirus pandemic, which has meant that we have intensified cost cutting even further," Chief Financial Officer Wolfgang Schaefer said in a statement. "We are scrutinizing the necessity of all expenditures and investments at present and looking for savings that will prove effective in the short term." 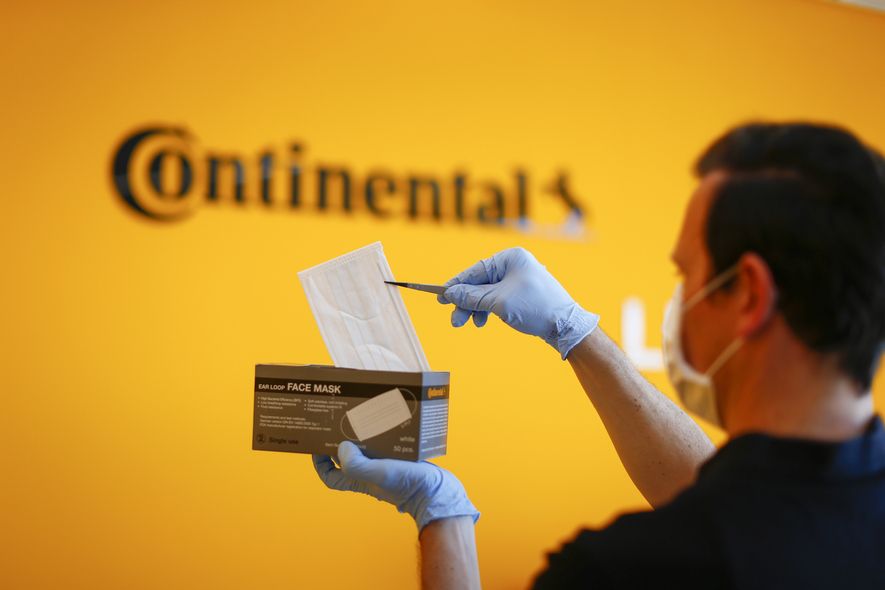 Continental A.G.
Masks are used by all workers at safe at Continental's facility in Regensburg, Germany. Eventually, the auto supplier will be making all of the masks used by its employees, about 1 million masks per week.
Share 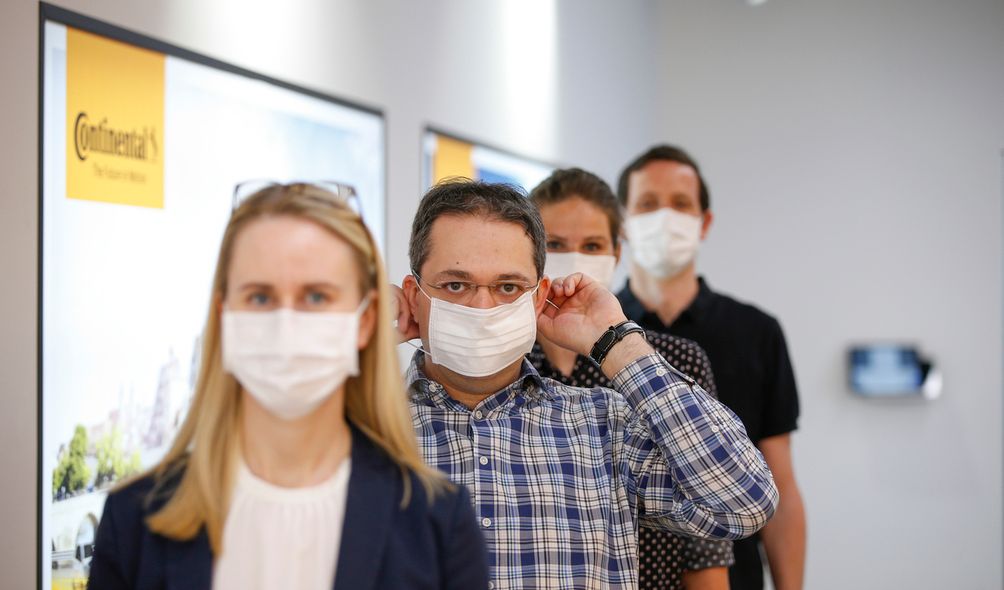 Continental A.G.
Continental employees are wearing masks at the location in Regensburg.
Share 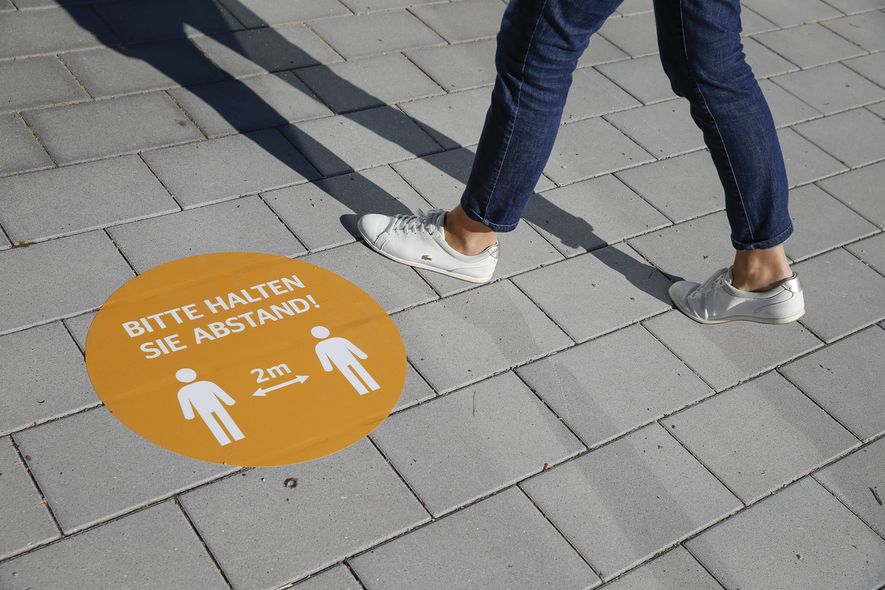 Continental A.G.
At Continental in Regensburg, Germany, signs and stickers are used to inform employees about the correct behavior in order to ensure safe production.
Share 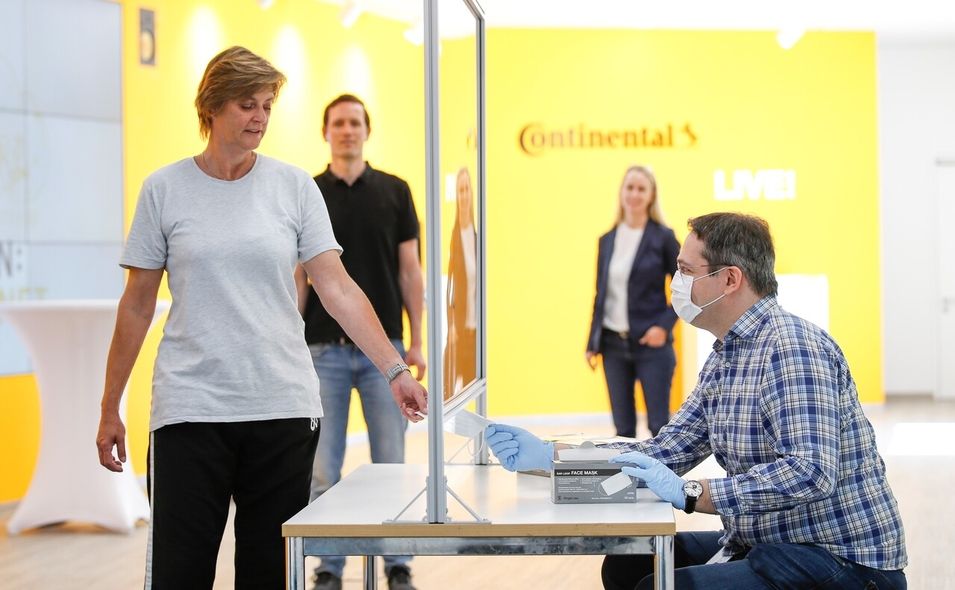 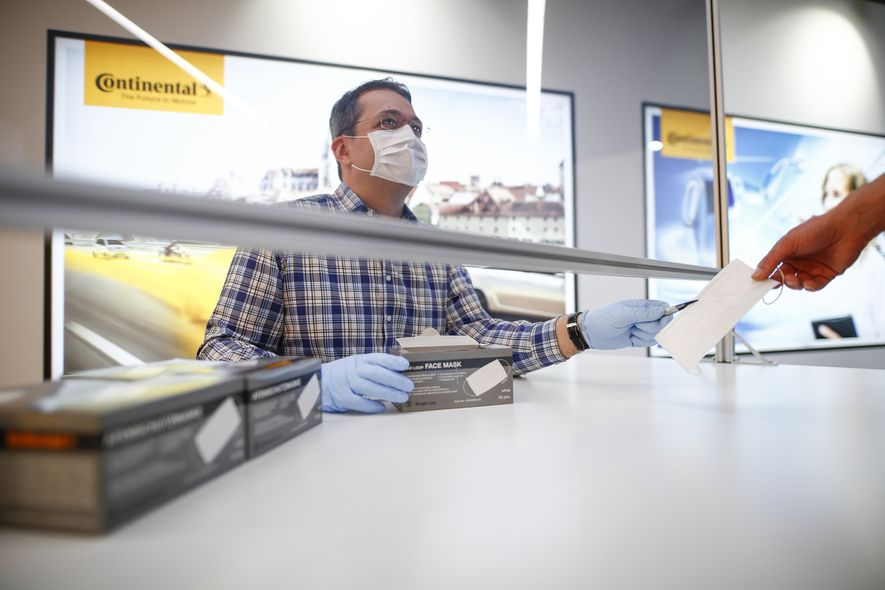 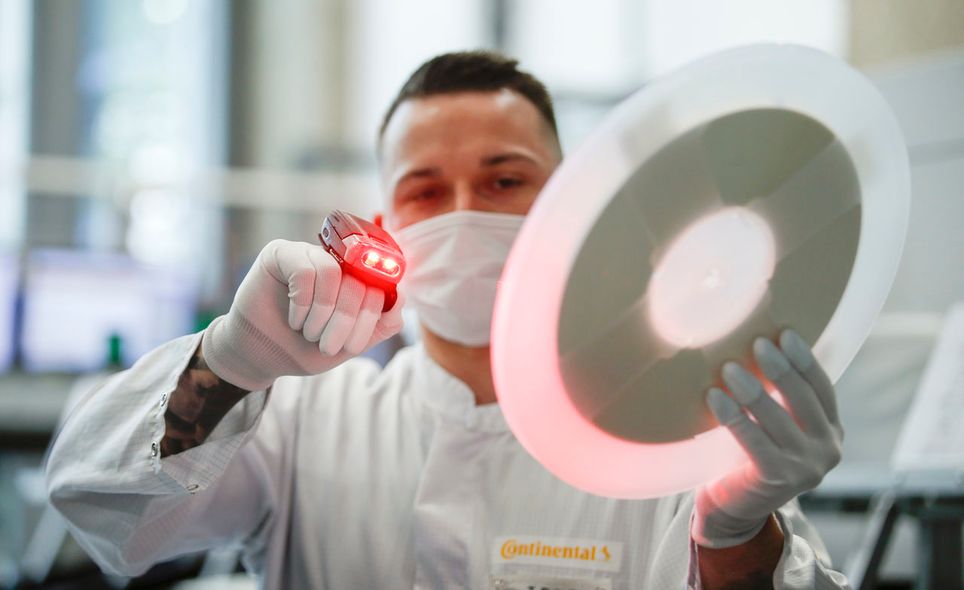 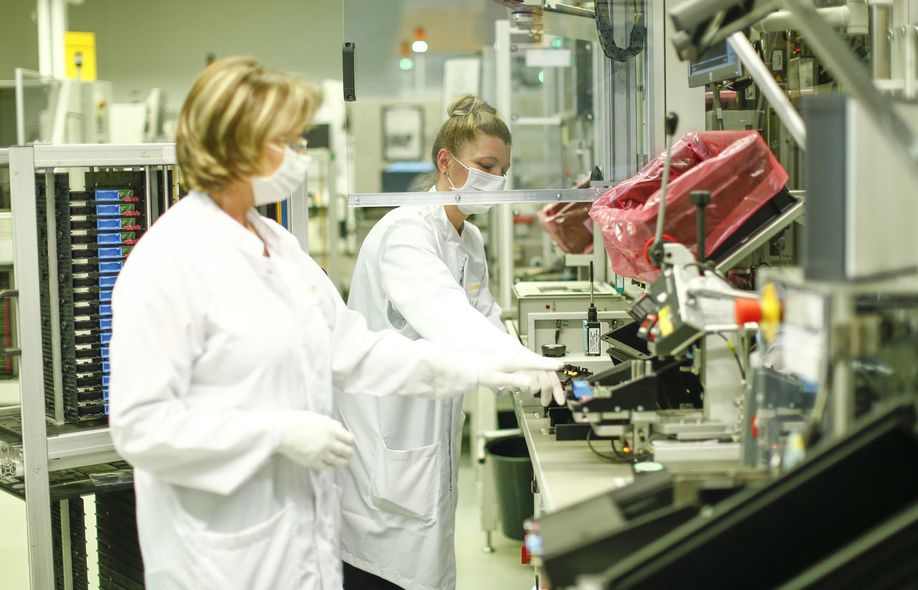 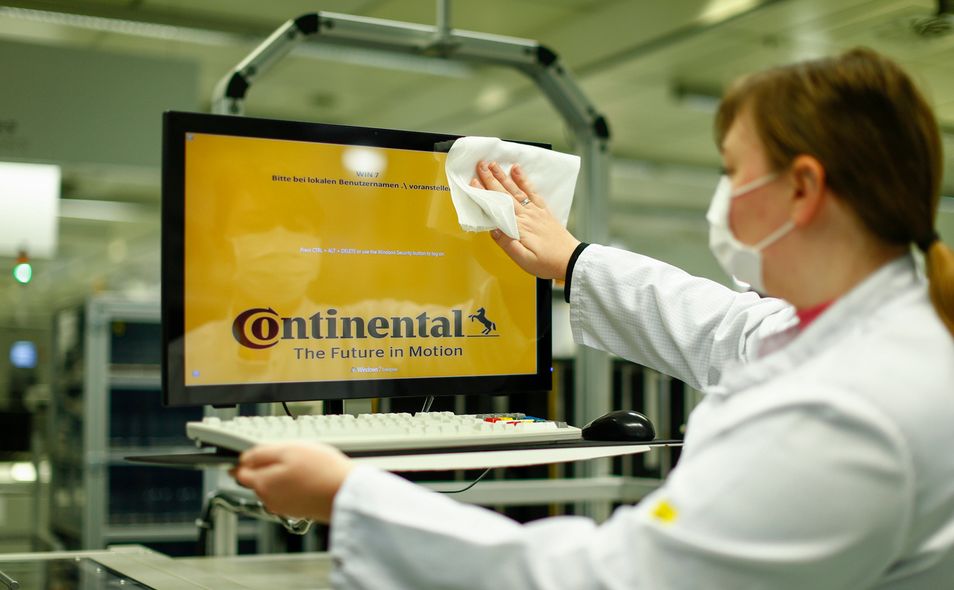 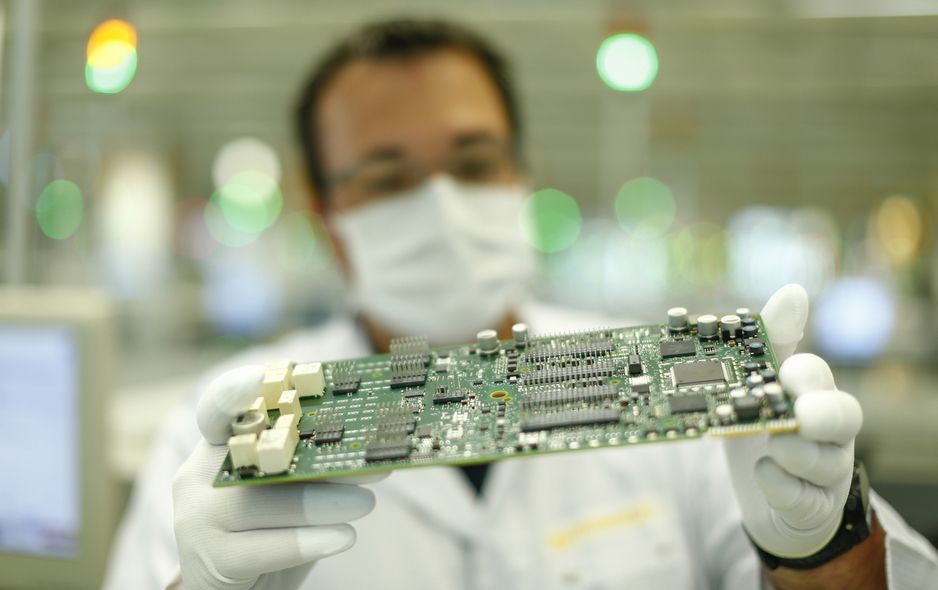 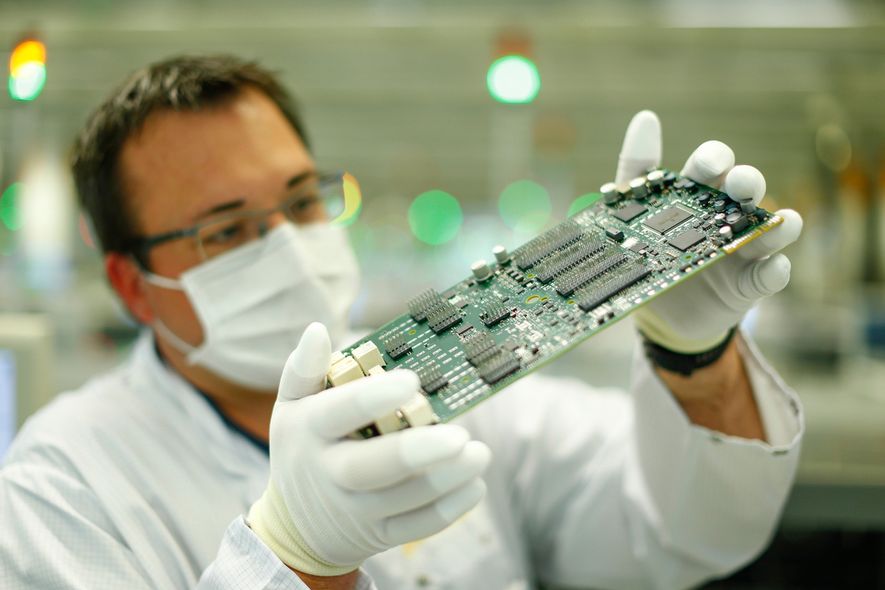 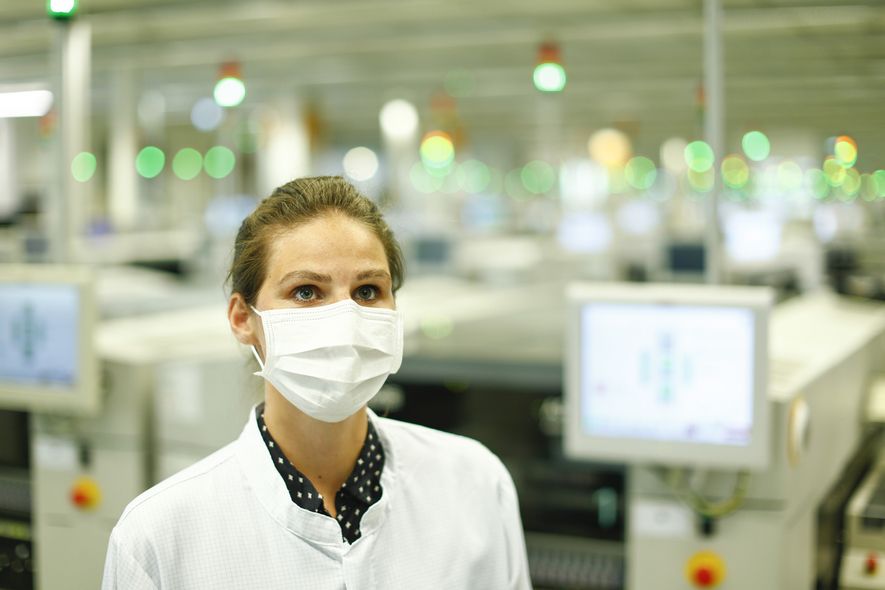 Continental A.G.
Continental employees are wearing masks at the electronics production in Regensburg.

The savings from these measures will be evident in the second quarter onward, Schaefer said, noting that key development projects as well as expected production start-ups are still on course.

Continental also has delayed the spinoff of Vitesco Technologies, a move it planned to make this year. No timeline has been set for the spinoff, but Continental officials said waiting to do so will place both Continental and Vitesco in a stronger position.

Vitesco, the company's powertrain business, also recently disclosed plans to expand its hybrid and electric powertrain presence in China with the addition of a new research and development center in Tianjin.

Many Continental employees have the ability to work from home and those efforts will continue for now, Continental said. But many, particularly those involved in production, have or will need to return to work. To this end, the automotive supplier has rolled a health and safety plan to protect its workers worldwide.

Continental said it will require workers to wear a mask during their shifts. To ensure an adequate supply, Continental will make its own mask beginning in September.

"We decided to produce our own masks in order to protect the health and safety of our employees," Degenhart said in a statement. "At the same time, we want to help alleviate the tense situation on the free market for protective masks, which are urgently needed in the health care sector."

Continental estimates it will need 1 million masks per week and is establishing lines for this production in the U.S., Germany and China.