NORTHVILLE, Mich.—With cars, it's always been about freedom—and about going faster.

That doesn't change when it comes to the design and development of tomorrow's vehicles. With electric vehicles, innovation is moving faster than ever. The pedal-to-the-metal pace OEMs are establishing is changing the game for suppliers, offering new challenges and opportunities along the way.

That makes this an exciting time to be in the auto innovation space, according to Chris Couch, Cooper-Standard Automotive Inc.'s senior vice president and chief technology and procurement officer.

But with that excitement comes challenges.

"It is not easy to balance the need to go fast for innovation related to electrification with the other requirements of developing or launching automotive products," Couch said. "And I think it is putting a lot of pressure on companies to make difficult choices about where to spend the R&D dollars."

Cooper-Standard is in an enviable position among auto parts makers in that its main product lines are relevant to the next generation of vehicles. But that doesn't mean that the decisions it faces are easy ones.

Disruption is the name of the game in the auto industry and particularly among OEMs where non-traditional players—start-ups and tech companies—are entering the manufacturing race. That diversification in automotive manufacturing can pull suppliers in a number of directions.

"There are so many platforms that are in the middle of evolving at different OEMs. As a supplier, you have to be able to work with all of them," Couch said. "The technologies (will) mature and become more standardized, but in the meantime, we have to be everything to everyone."

Alone, those are big challenges for any company. But this isn't an ordinary time for businesses. The pressure to innovate quickly is being compounded by labor shortages, rising raw materials costs and OEM production downturns resulting from supply chain concerns.

The good news, Couch said, is that those pressures are temporary, which means investments in innovations and the strides made on the R&D level will have long-lasting impacts. 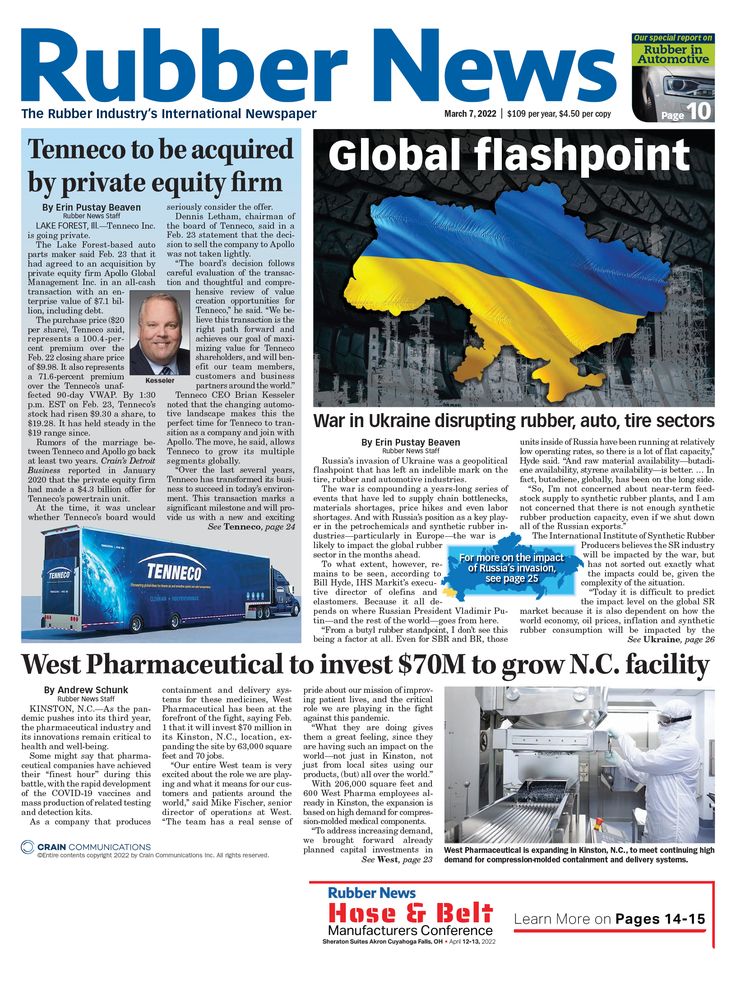 "Everybody believes and hopes that some of (these) things are transient," Couch said. "Whether it is accelerating inflation, labor shortages, shutdowns … I think the belief is that transient might mean a month or it may mean a year—it might be two (years). In the meantime, the product plans for electrification aren't slowing down. So we have to be able to walk and juggle at the same time, as everyone else does. It is the challenge, and it is the opportunity."

And the thing about opportunities is that you never know exactly where they will spring up. Cooper-Standard is committed to finding and embracing the best ideas. That's why it developed CS Open Innovation, a platform designed to seek out and support some of the best ideas.

CS Open Innovation allows start-ups, universities and suppliers to engage with Cooper-Standard in a collaborative effort that best leverages ideas and resources.

"We can't do it all by ourselves because there is too much innovation happening across too many technical domains," Couch said. "And so, (it's) better to leverage what is going on out there in some of these non-traditional sources for innovation that, traditionally, many automotive companies have not engaged with strongly. We have got meaningful technologies out of those sources, we have commercialized some and it has been very productive."