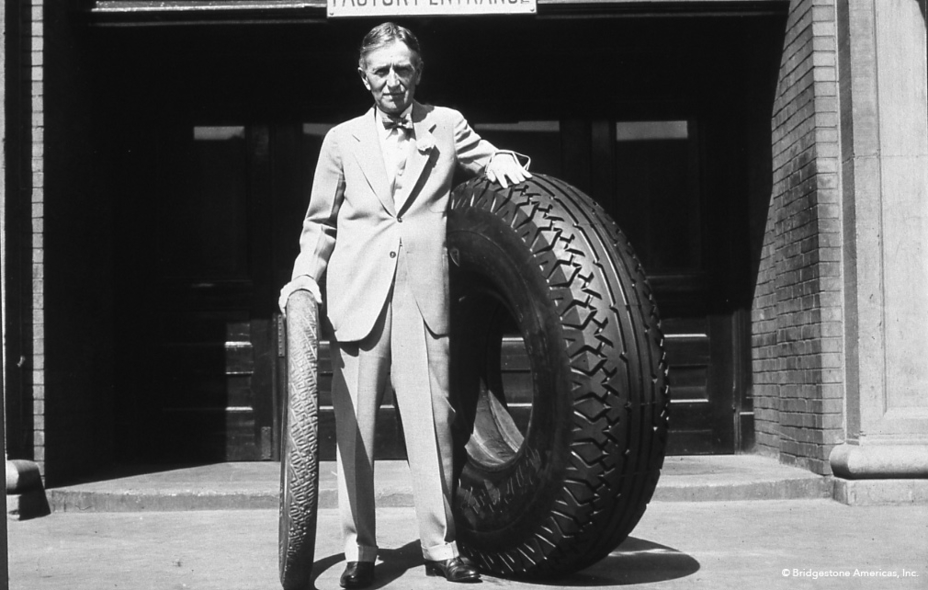 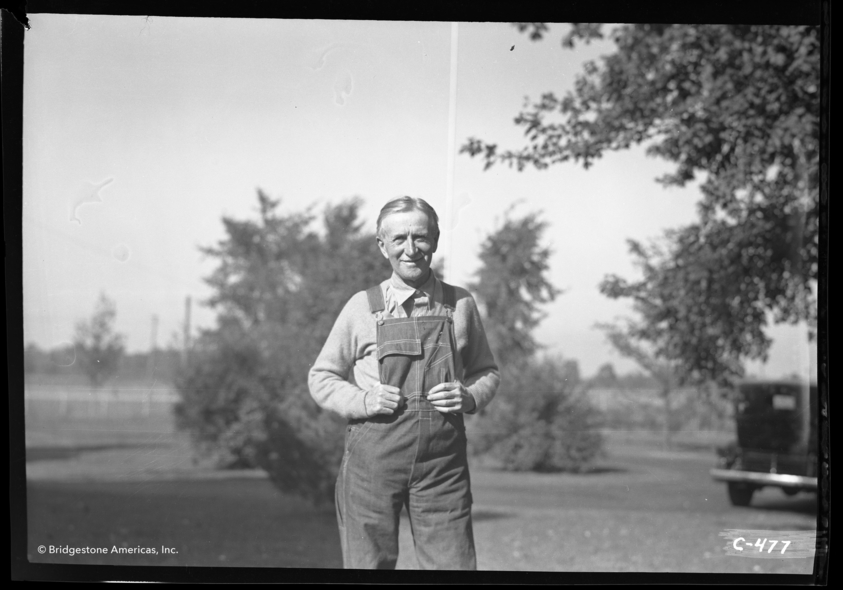 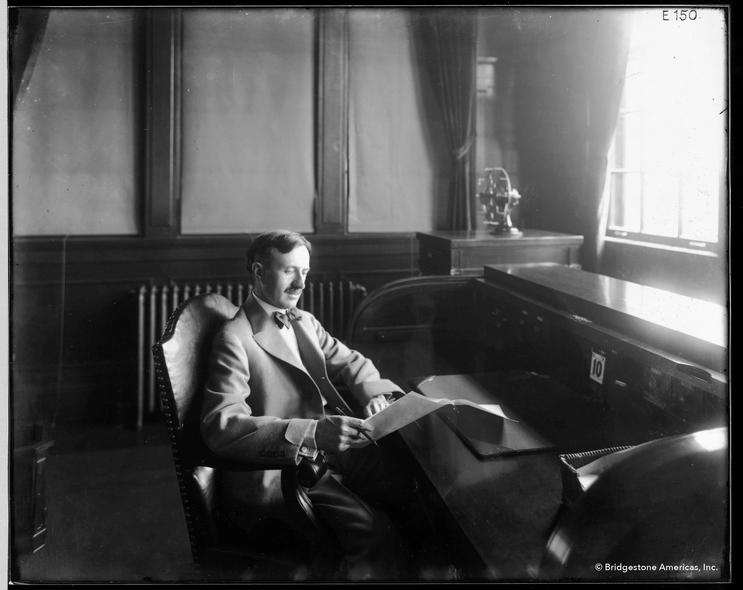 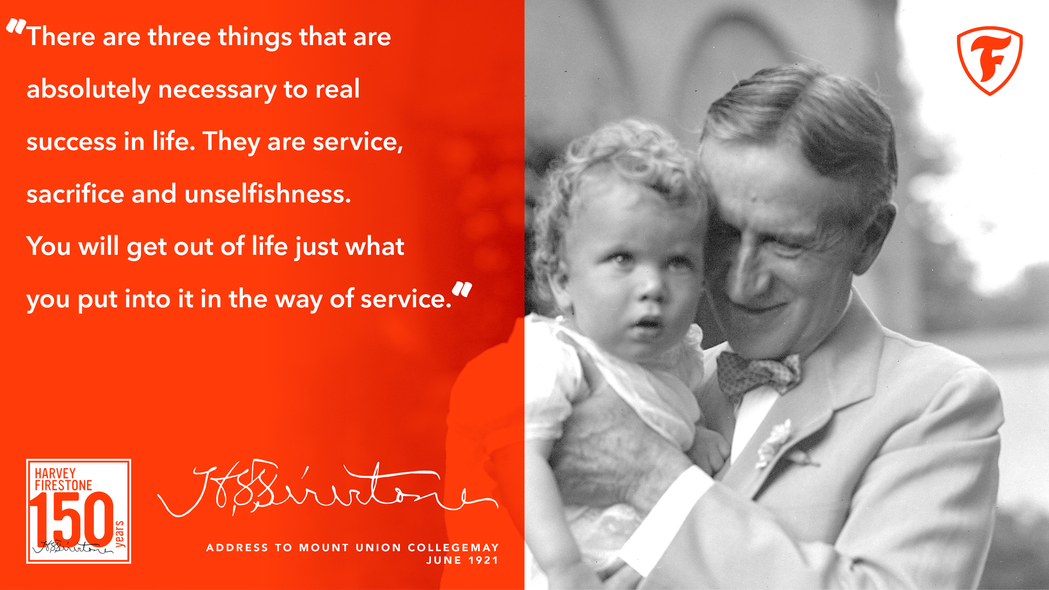 Harvey Firestone was a fourth-generation farmer who was at the forefront of early 20th century industrialism, with contributions across mobility, motorsports, retail service, agriculture and infrastructure, according to a Bridgestone news release.

He is considered an American thought leader of his time and counted others such as Henry Ford, Thomas Edison and John Burroughs as friends, according to Bridgestone. He progressed from early life on his family's farm in Columbiana, Ohio, to becoming the founder in 1900 of the Akron-based Firestone Tire & Rubber Co. It opened its first factory in Akron two years later, according to the Firestone website at firestonetire.com/heritage.

Bridgestone bought the firm in 1988, which Bridgestone said cemented it becoming the world's largest tire and rubber company.