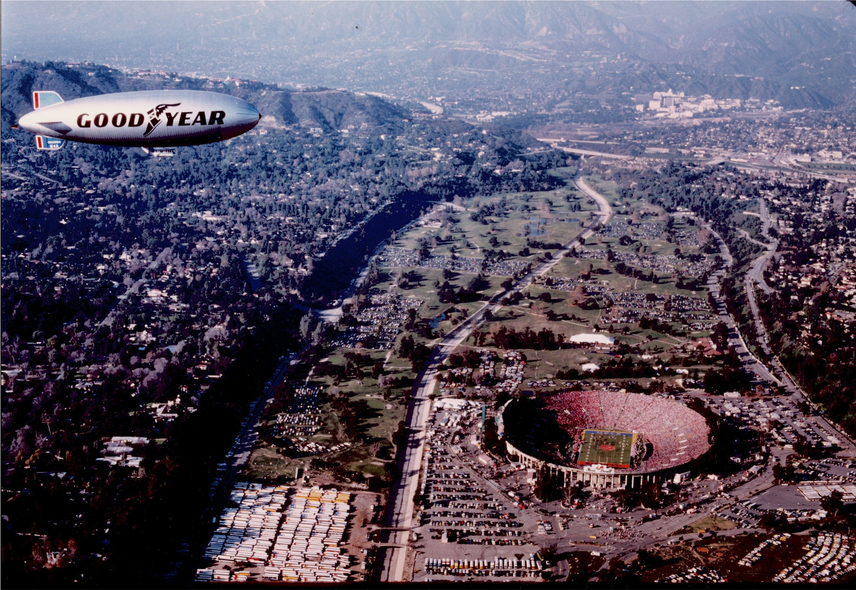 Goodyear
The Goodyear Blimp flies over the Rose Bowl on Jan. 1, 1976.
Share 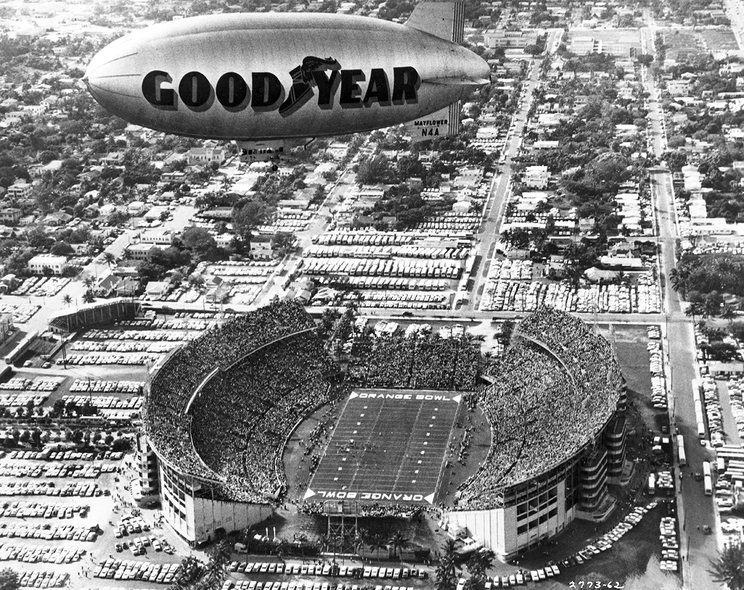 Goodyear
The blimp flies over the Orange Bowl on Jan. 1, 1962.
Share 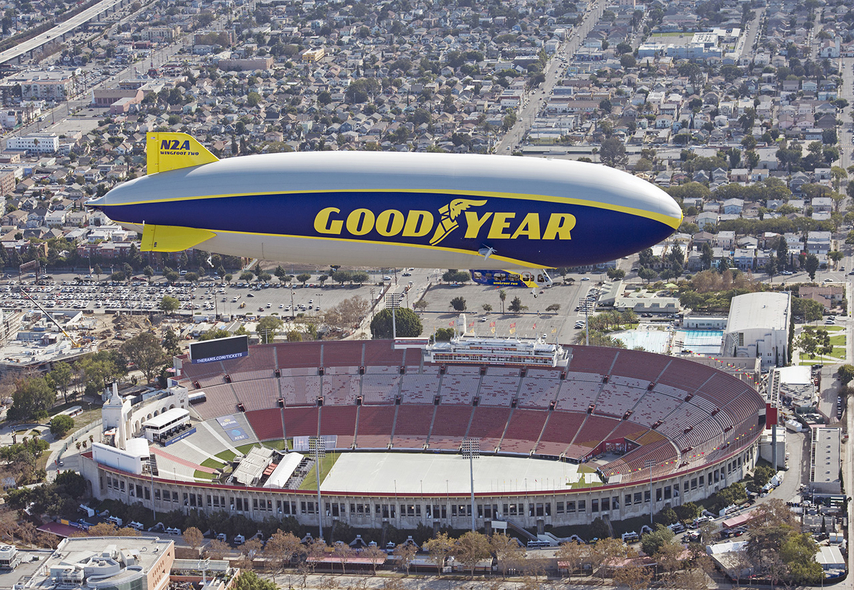 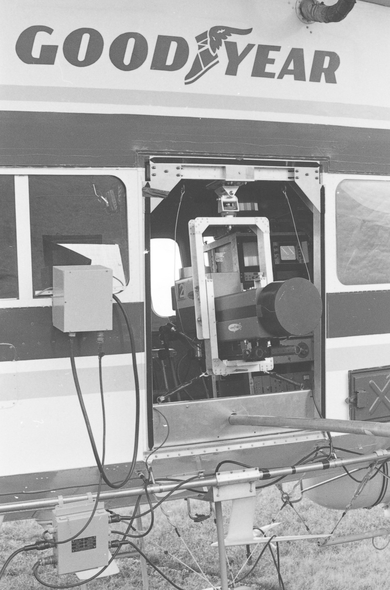 Goodyear
Cameras were installed on the Goodyear Blimp, which is pictured flying over Houston in February of 1975.

AKRON—The National Football Foundation and College Hall of Fame will induct the Goodyear Blimp as an honorary member of the College Football Hall of Fame, making the blimp the first non-player or coach to be inducted.

According to Goodyear, the blimp's tenure with college football began as as a request from network television to provide aerial coverage for the 1955 Rose Bowl Game. Since then, the blimp has covered more than 2,000 games, including major games such as the Rose and Cotton Bowls.

"College players and fans know that when the Goodyear Blimp shows up, it's a big game. Its presence is intrinsically known and tied to the traditions that make college football so great," NFF Chairman Archie Manning said.

"As the eye in the sky to college football's greatest coaches, players and moments, it's only fitting that the Goodyear Blimp joins the College Football Hall of Fame in a year when the game celebrates its 150th anniversary."

"For me, playing under the blimp felt like a payoff for the hard work that goes into game day, so I'm excited it's getting recognized for its contributions to college football."

The Goodyear Blimp was the the first vehicle to provide aerial coverage of a major sports event and the first to deliver high definition live video to a national sports game.

Todd Macsuga, Goodyear's general manager brand marketing, North America consumer, said the blimp "has established itself as a symbol of the greatness that takes place on college football fields each Saturday."

A new exhibit opening soon at the College Football Hall of Fame in Atlanta will showcase historical blimp artifacts, video footage and pictures.

Goodyear has parlayed the blimp-college football link into its current consumer advertising campaign, "Be Blimpworthy."

"The 'Blimpworthy' concept is rooted in the idea that the blimp only shows up for the most marquee matchups, a level only reached by hard work and perseverance," Macsuga said at the start of the 2018 football season.