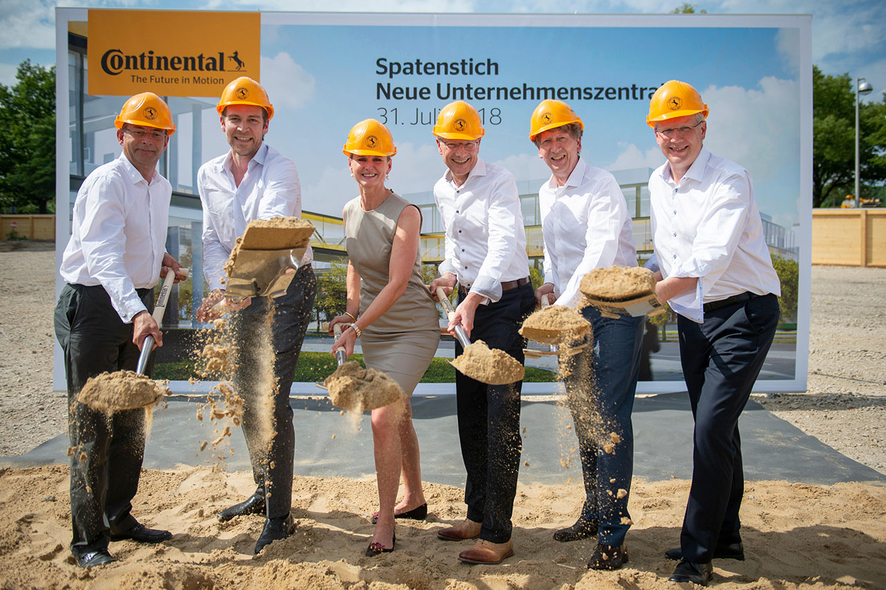 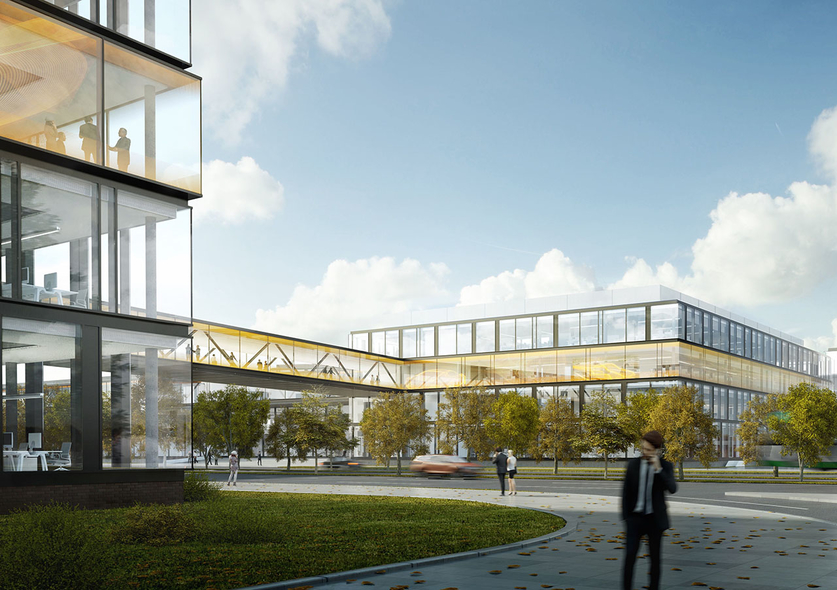 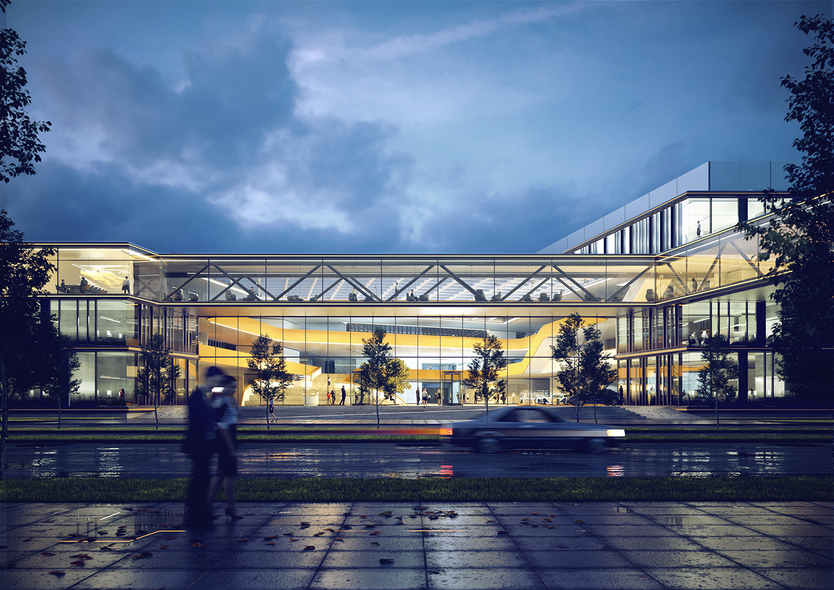 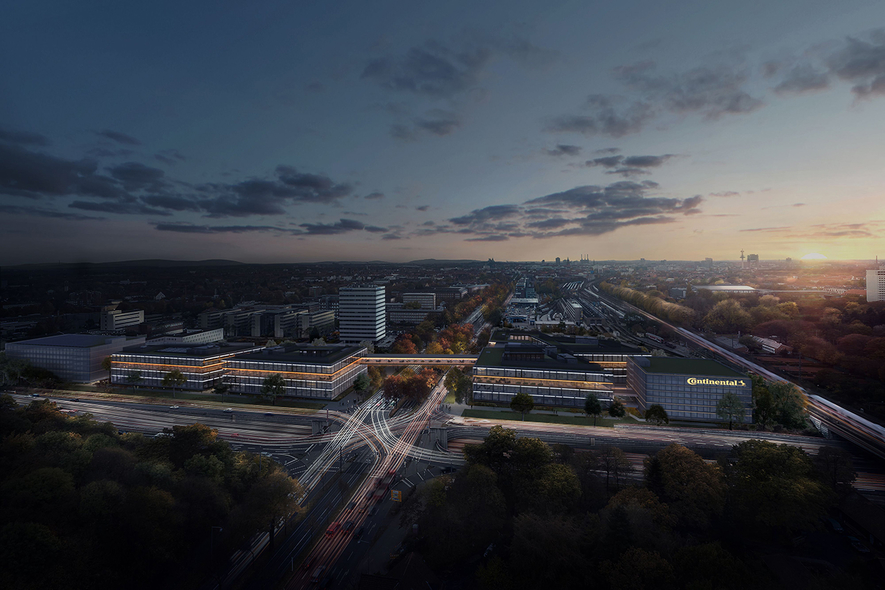 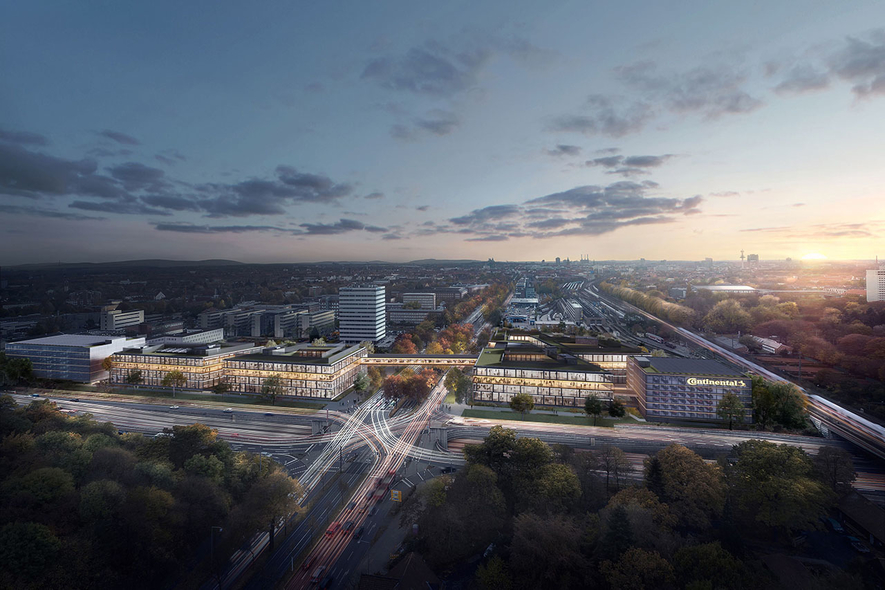 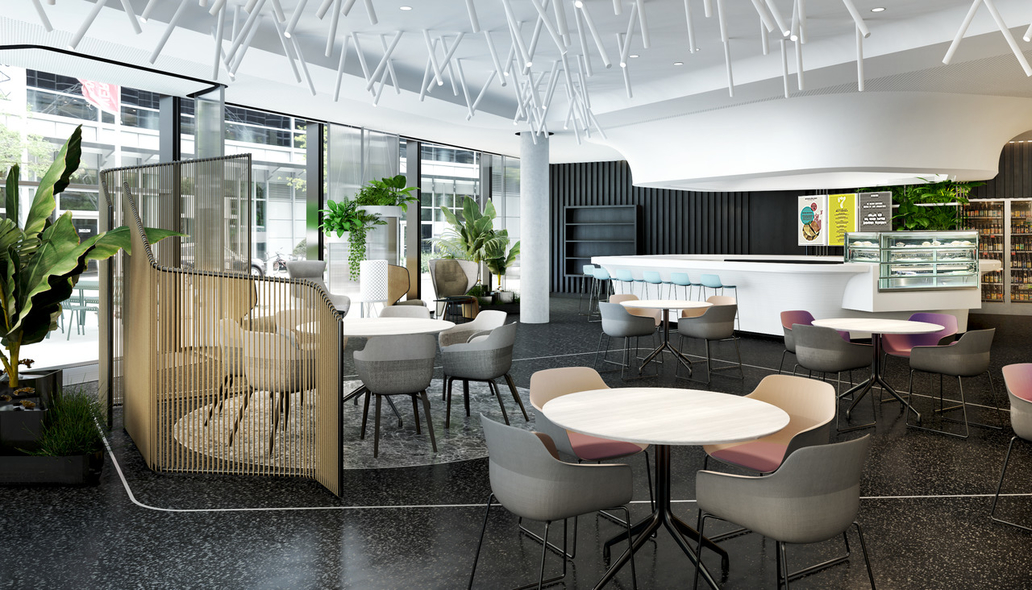 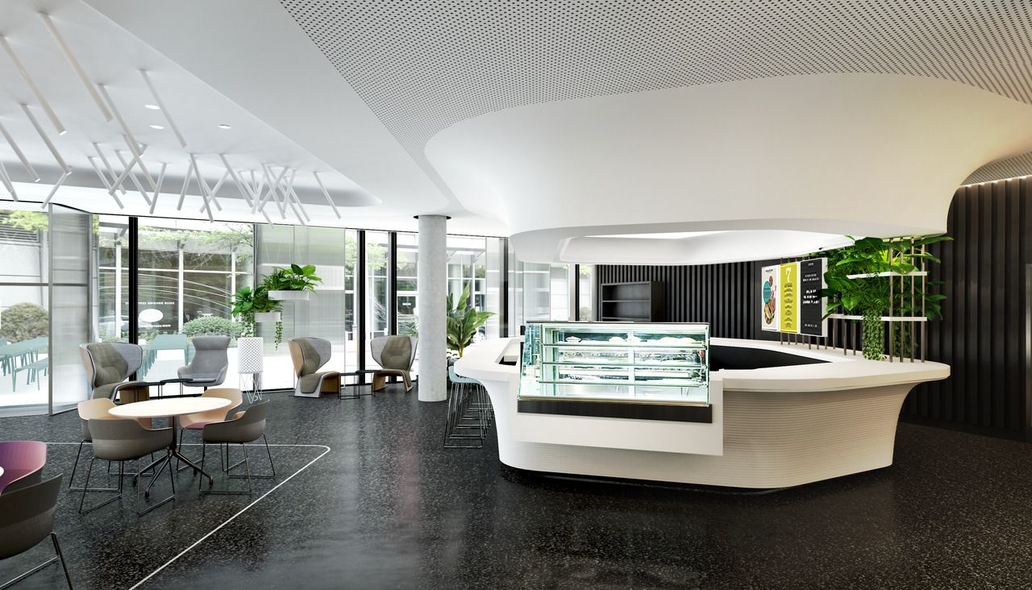 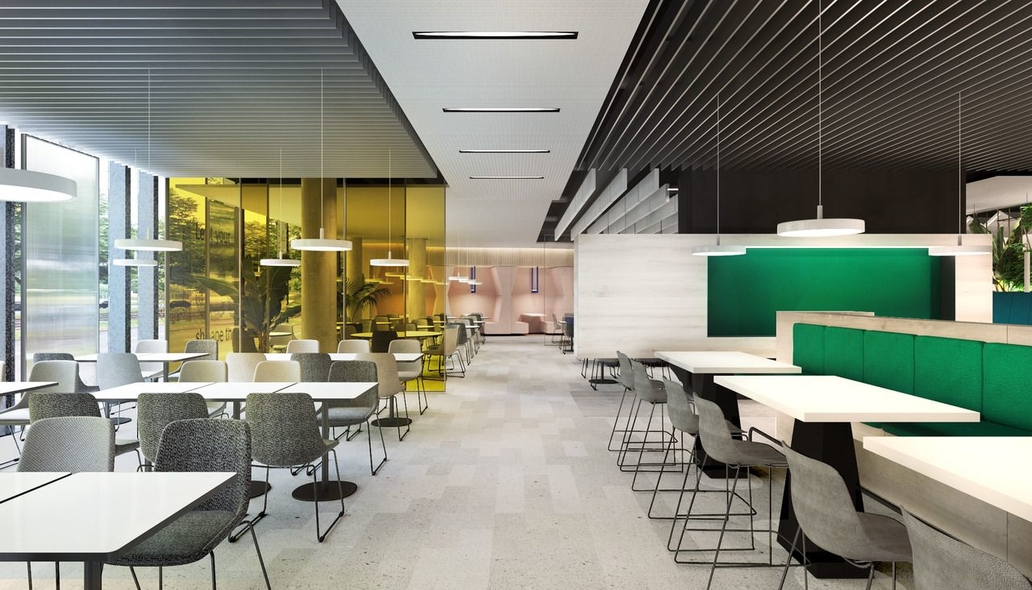 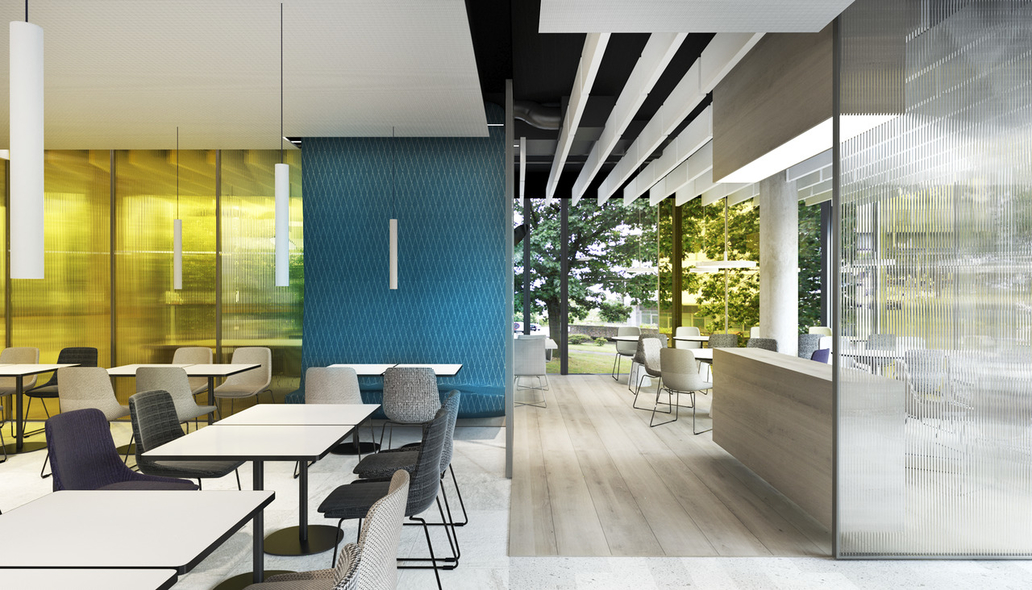 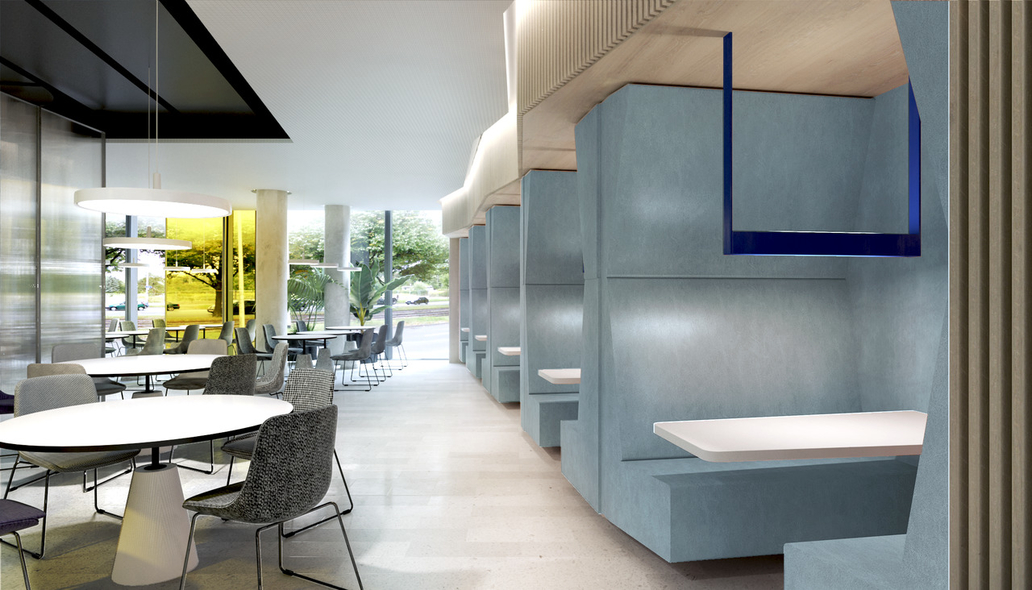 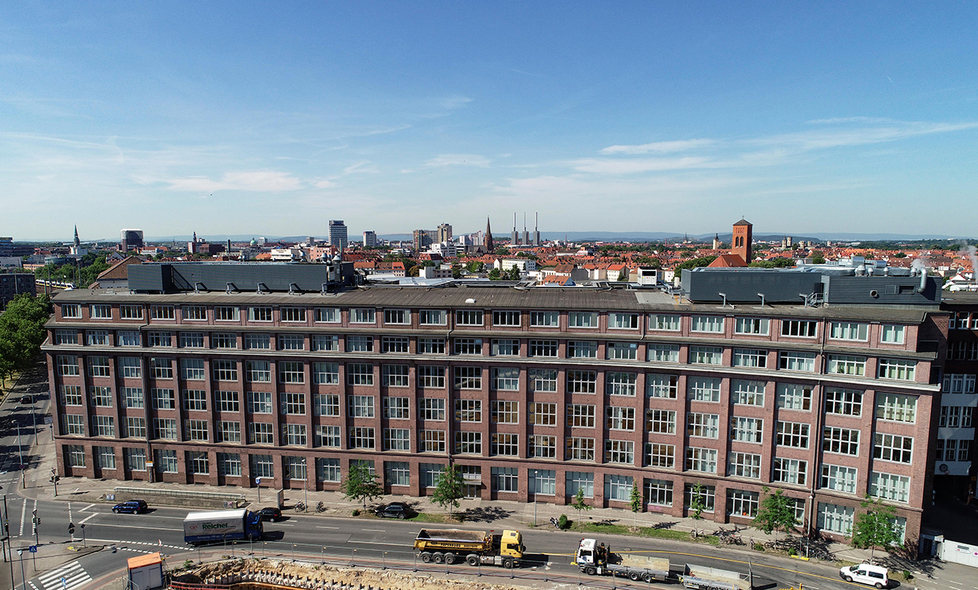 HANOVER, Germany—Continental A.G. has broken ground on its new corporate headquarters in Hanover, which the company expects to be in operation by year-end 2020 with room for up to 1,250 employees initially.

Work on the facility will continue into 2021 to make room for 350 more employees, and should be completed in time for the company's 150th anniversary, Conti said.

The new headquarters will house corporate functions such as information technology, human relations, finance, legal and communications but not executives from individual business units. The company's ContiTech non-tire rubber products businesses, for example, will not move to new facility, staying instead at the current headquarters in north-central Hanover, which is adjacent to a ContiTech factory.

Conti also said it is still evaluating several options for its tire division executive team, which also are housed at the current headquarters.

The new Continental campus will consist of eight buildings on two separate plots of land which will be connected to each other by four bridges. The longest of these—at nearly 235 feet—will extend over Hans-Boeckler-Allee, a four-lane, east-west thoroughfare with street car tracks dividing the traffic lanes.

Conti said the project involves an investment of more than $120 million, but did not disclose the scale of support it's receiving from the city of Hanover and/or the state of Lower Saxony. The plots cover a combined area of nearly 400,000 square feet; the building will offer nearly 520,000 square feet of office space.

"Continental has been enjoying rapid, profitable growth for many years," CEO Elmar Degenhart said, noting the current headquarters is too small to accommodate the nearly 900 employees housed there. "Now we are creating the necessary space in a modern headquarters that will be a credit to our birthplace, Hanover.

"We are building a creative Continental campus. It will connect people and promote personal dialog between them. They will find areas where they can retreat to concentrate in peace and quiet. At the same time, we are setting up open areas that encourage creative sharing of ideas and knowledge."

"Modern architecture and intelligent digital technology enable collaboration that is agile, flexible, connected and secure over organizational interfaces," Degenhart said. "In combination with our robust culture of innovation and networking, we can implement pioneering workplace concepts together with our employees."

During the nearly 150 years that Continental has been in Hanover, it has helped shape the city, Hanover Mayor Stefan Schostok said, and the new headquarters "strengthens this common bond. The new structural accent is a perfect match for our cosmopolitan city with its architecture and endorses Hanover as a business location."