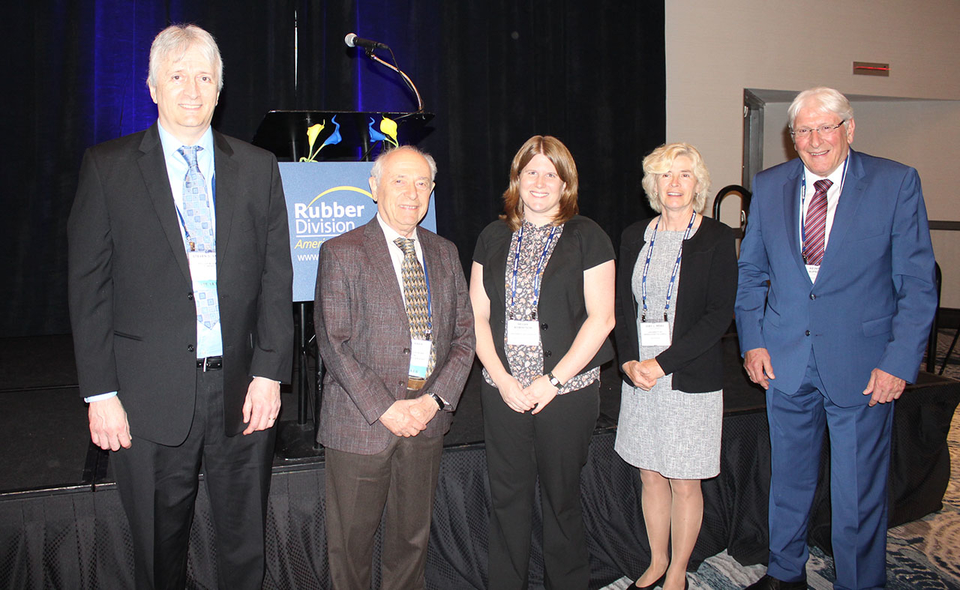 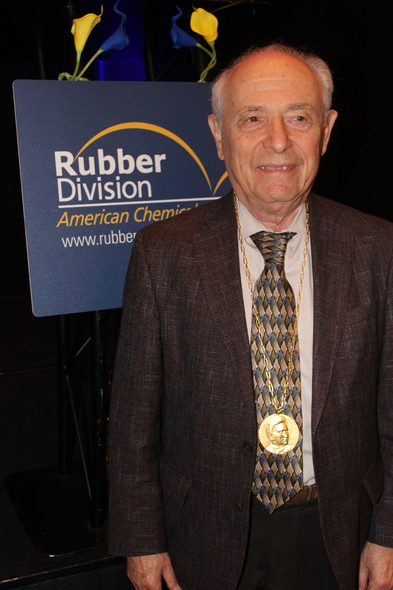 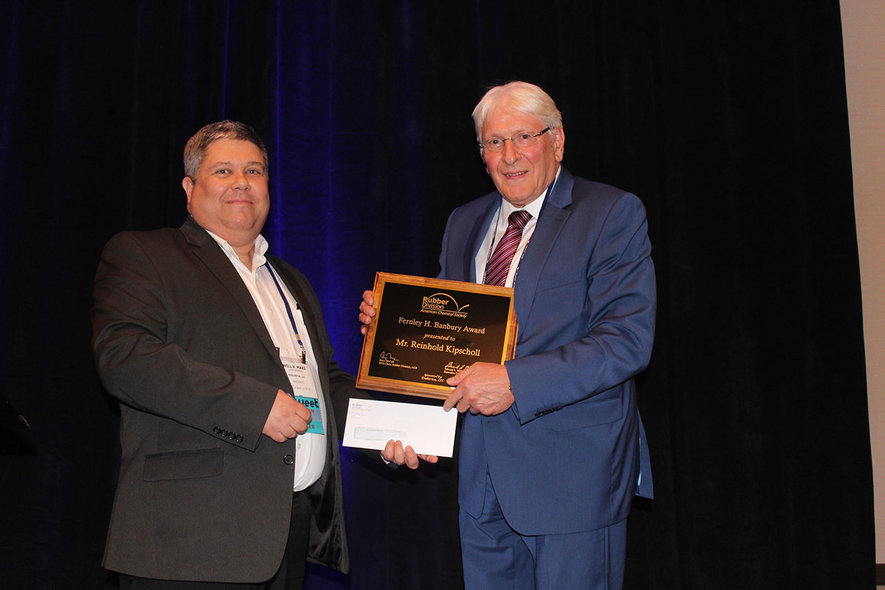 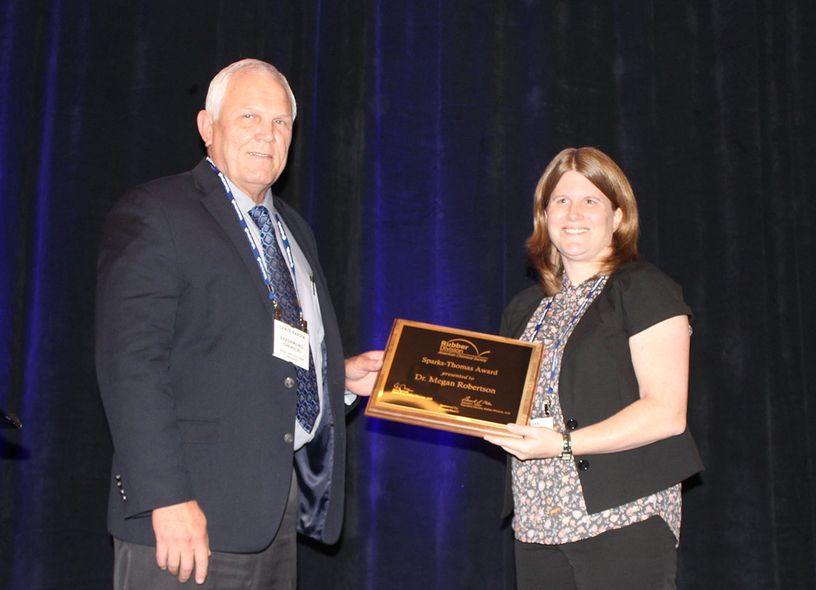 Bruce Meyer, Rubber & Plastics News
Chris Napier of ExxonMobil presents the Sparks-Thomas Award to Megan Robertson of the University of Houston. The award recognizes the efforts of younger scientists.
Share 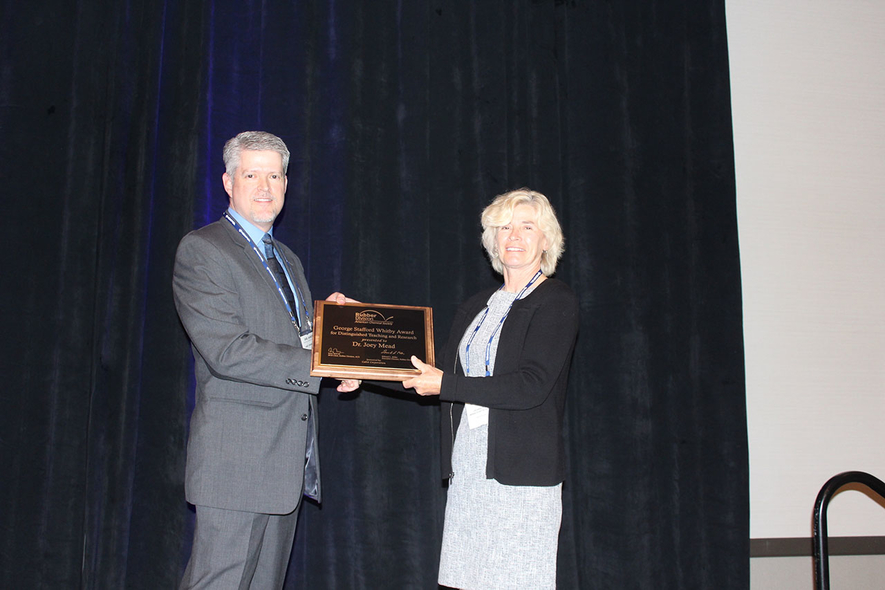 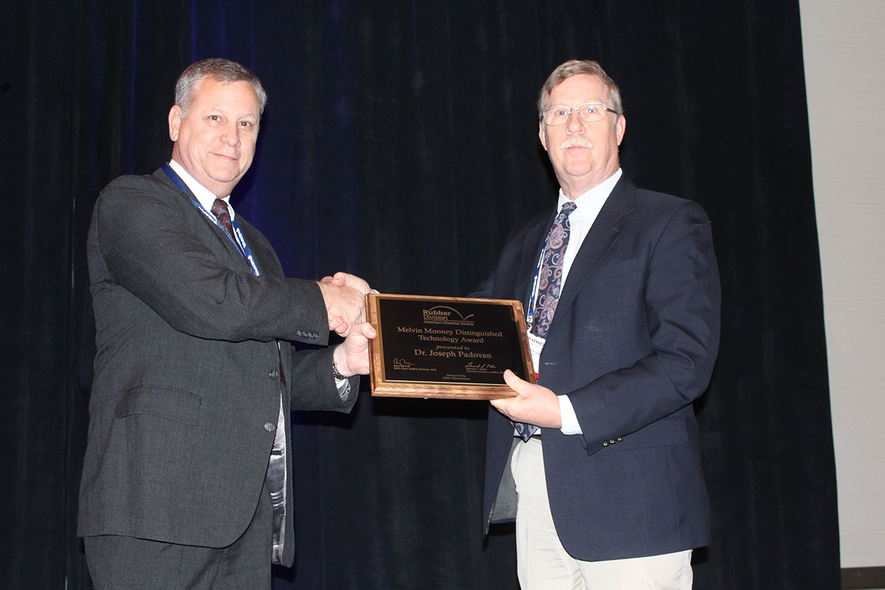 Bruce Meyer, Rubber & Plastics News
Jim Lockhard (left) of Lion Elastomers presents the Melvin Mooney Distinguished Technology Award to Ron Kennedy, who accepted the award on behalf of Joseph Padovan of the University of Akron, who was too ill to travel to the meeting.
Share 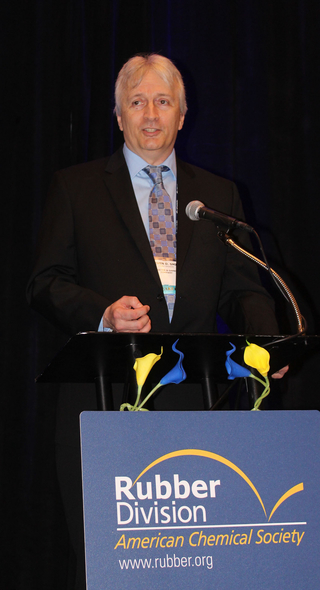 INDIANAPOLIS—The ACS Rubber Division gave its top awards May 9 during the 2018 Science & Technology Awards Banquet at its Spring Technical Meeting in Indianapolis.

The Rubber Division is accepting nominations for next year's award winners until June 30. The winners will be announced during the International Elastomer Conference in October, and the awards given out at the 2019 Spring Technical Meeting in Independence, Ohio. For more information visit rubber.org.