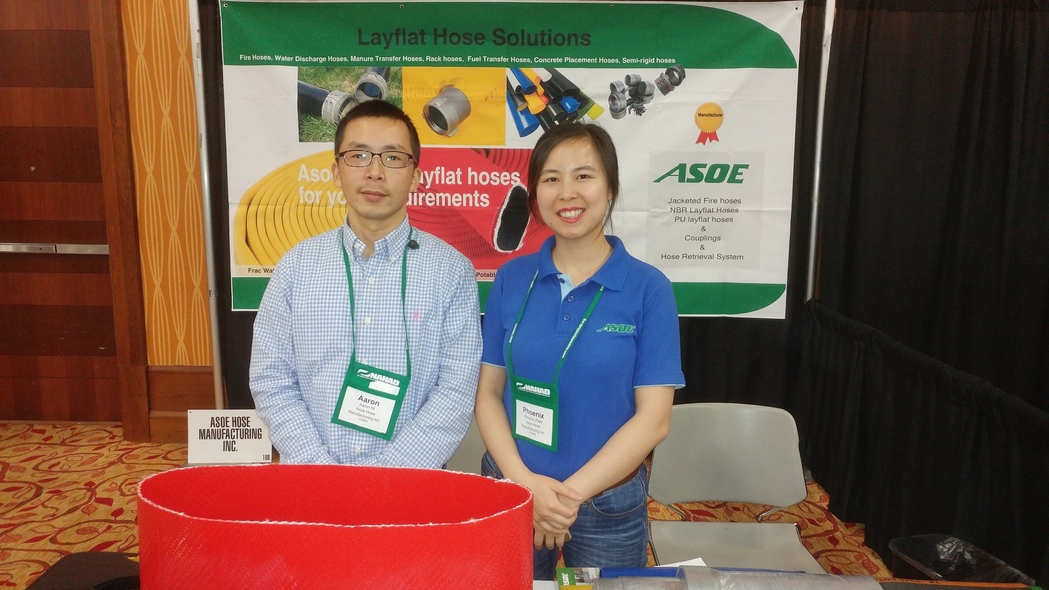 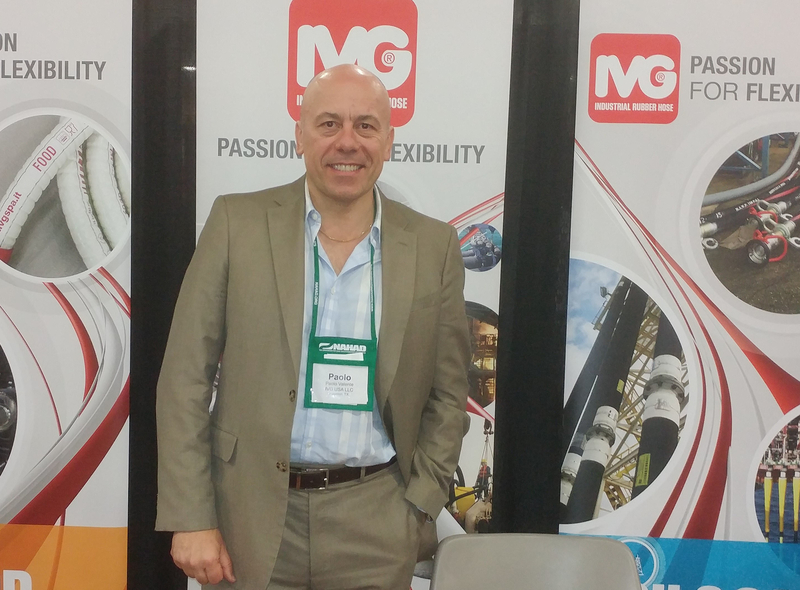 Bruce Meyer, Rubber & Plastics News
IVG, based out of Italy, was another of the foreign manufacturers represented. Here Paolo Valente of IVG USA staffs the firm's exhibit.
Share 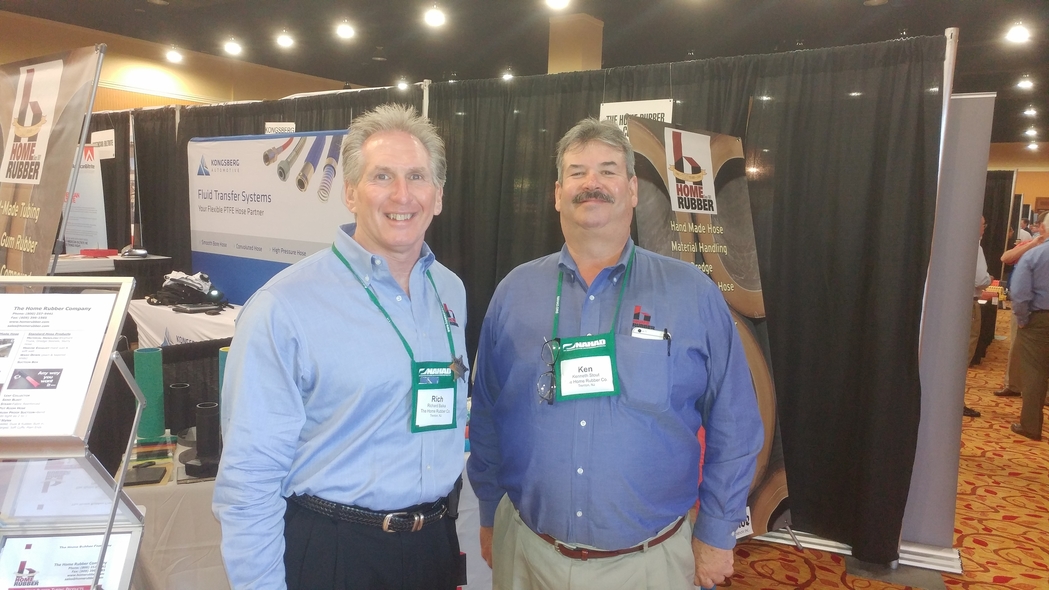 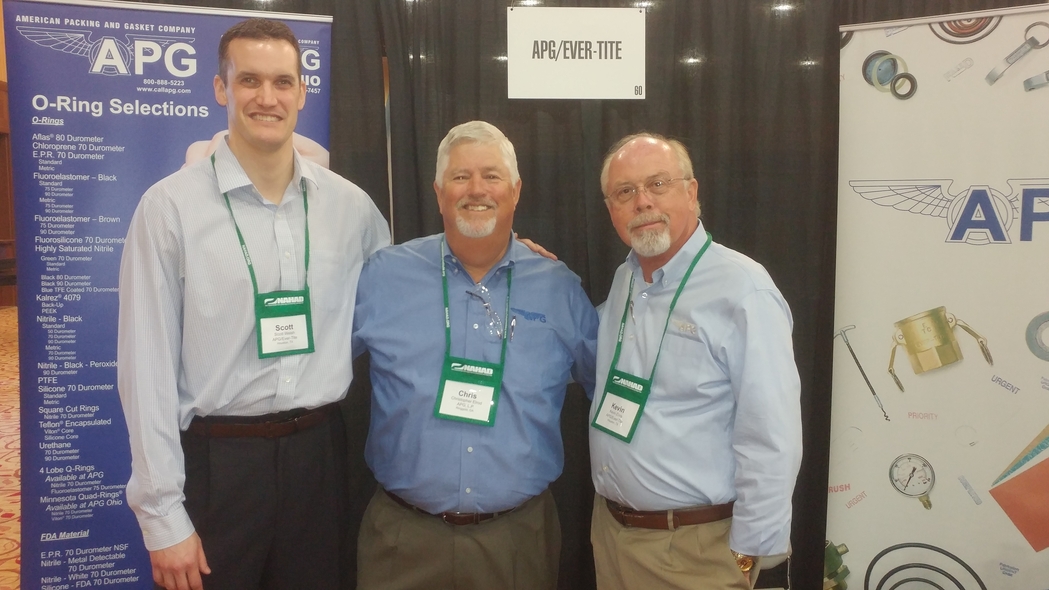 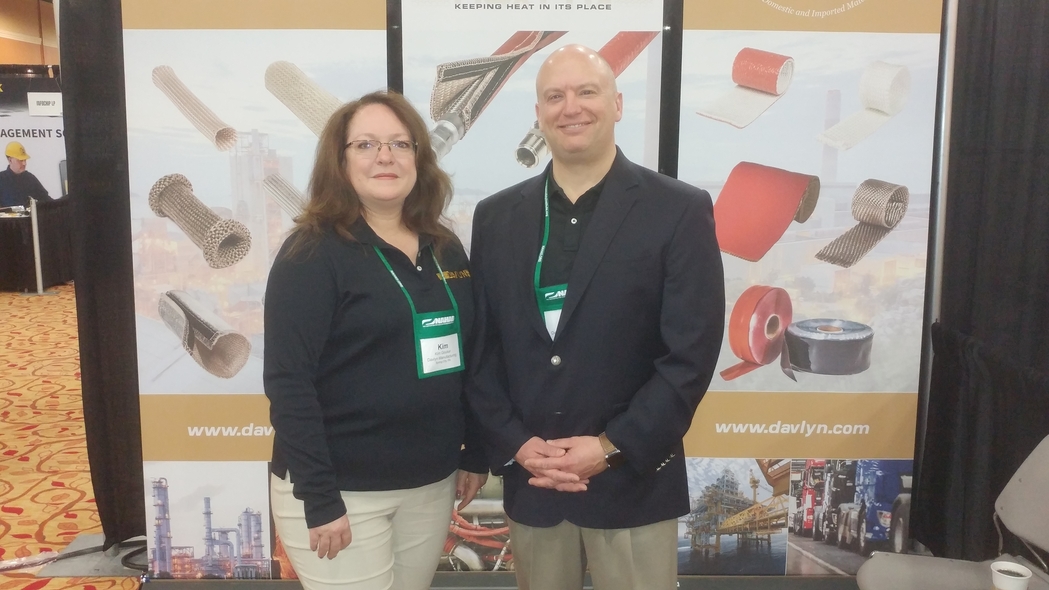 Bruce Meyer, Rubber & Plastics News
Davlyn was represented at the expo by Kim Gouker and John Rutt. The maker of protective sleeve products is undergoing an expansion of its factor in Pennsylvania.

SAN ANTONIO—NAHAD closed out its 33rd annual convention in its normal fashion, with its table top exhibit program followed by a closing night party.

The exhibit drew roughly 140 exhibitors for the 5 1/2 hour program at the J.W. Marriott Hill Country Resort in San Antonio. There the manufacturer members—including those that produce hose and a wide variety of accessories--had the chance to network with their distributors, as well as attempt to recruit new ones.

The final official event for the 2017 convention was a reception and dinner at the Knibbe Ranch. The ranch was founded more than 150 years ago, and is one of the few remaining Century Heritage Ranches remaining in Texas. The designation is for ranches that have been owned and operated for more than a century by the same family in a direct line of descent. Besides dinner, the closing night event included a rodeo.

NAHAD officials said total attendance at the convention was about 930, which they said is not a record but was in line with what they expected.

The hose and accessories association will hold its 34th annual meeting April 28 to May 2, 2018, in Marco Island, Fla.