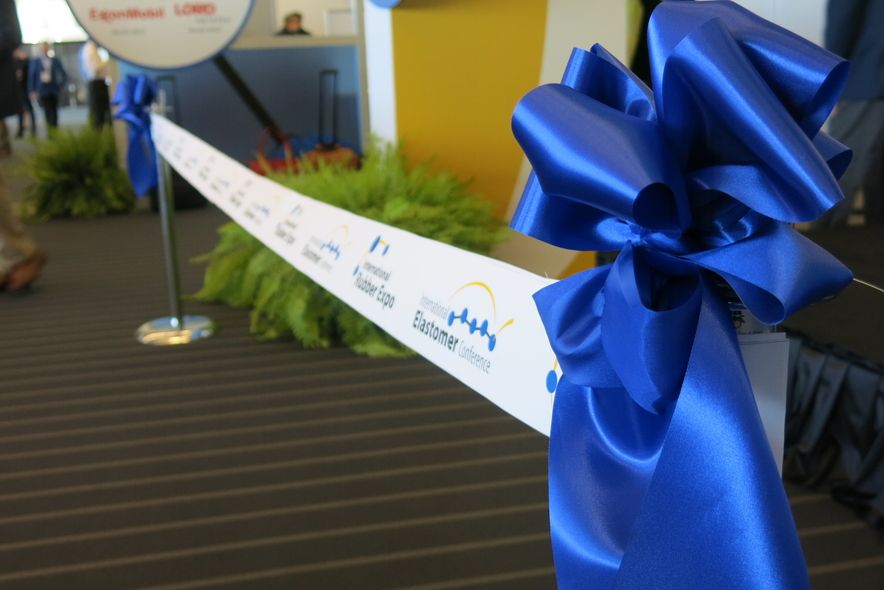 Erin Beaven, Rubber & Plastics News
A ribbon stretches across the entrance of the International Rubber Expo ahead of the event's opening ceremony.
Share 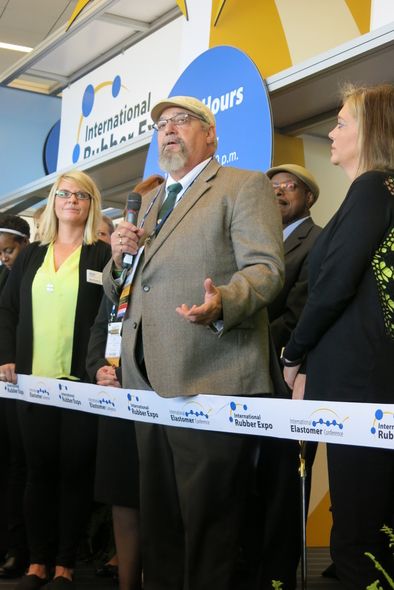 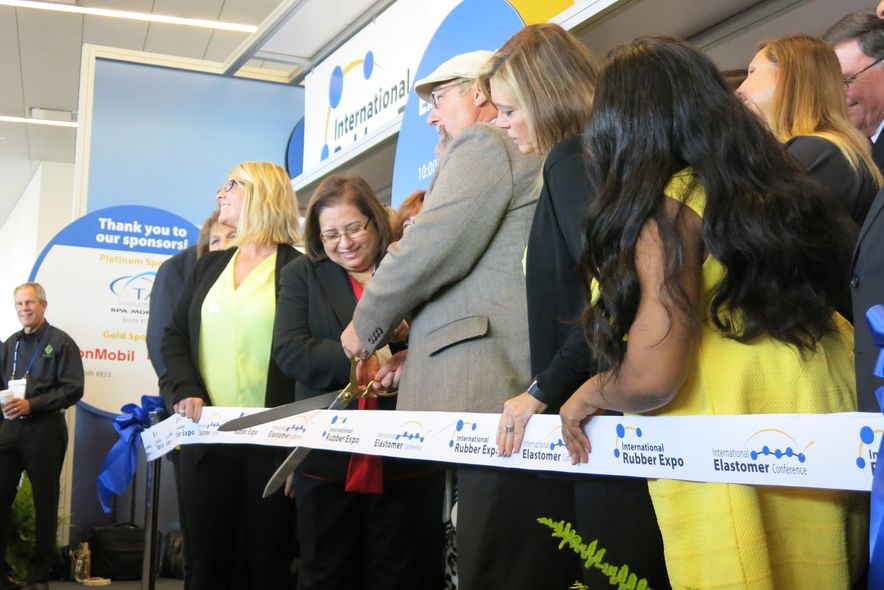 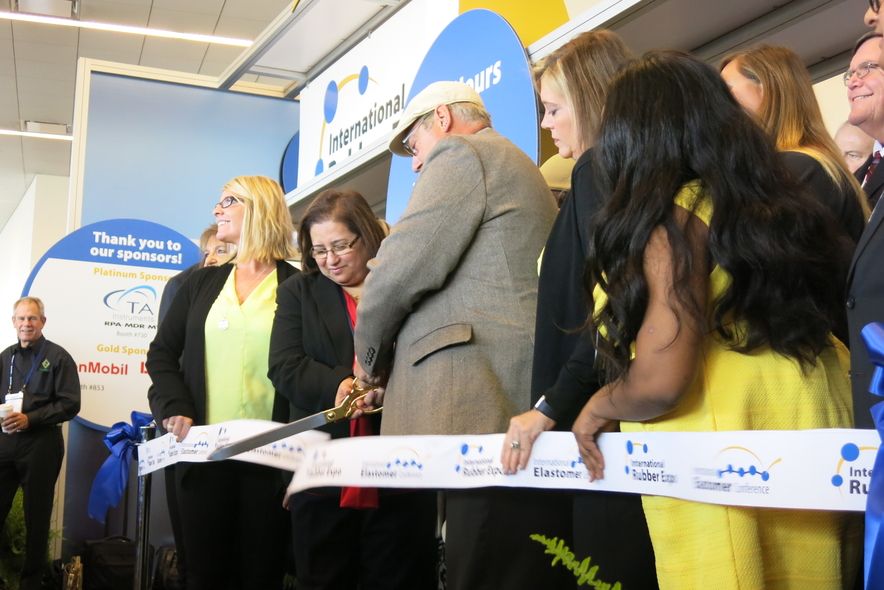 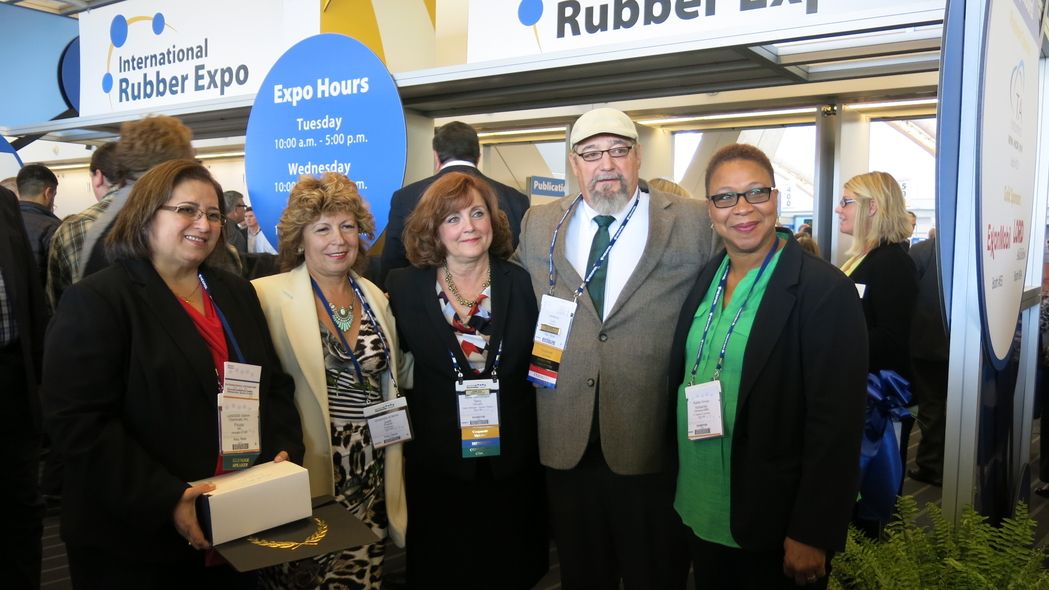 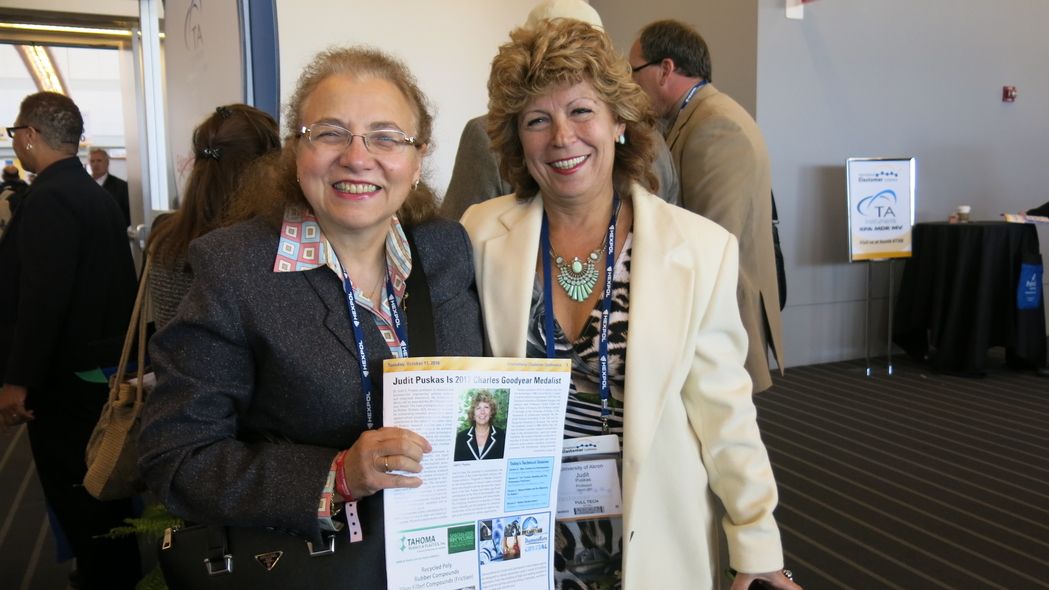 Erin Beaven, Rubber & Plastics News
Maria Ellul (left), principal scientist at Exxon Mobil Chemical Co. poses for a photo with Judit Puskas, a University of Akron professor who was announced as the recipient of the Rubber Division's Charles Goodyear Medal.

In doing so, Goss also announced that Judit Puskas, a professor of chemical and biomolecular engineering at the University of Akron, will receive the Charles Goodyear Medal. It is the highest honor given out by the technical organization and Puskas is the first woman to win the award.

Puskas is honored to be the first female to receive the award and noted that she is proud to share it with her colleagues throughout the industry.

“It means a lot,” Puskas said. “Someone used the word trailblazer, and I think that is a good description because there are a lot of female workers and members of the Rubber Division and I accept this award for them.”

Maria Ellul, a principal scientist with Exxon Mobil Chemical Co., was one of the first to congratulate Puskas on her recently announced award. The two have been friends since meeting in grad school more than 30 years ago.

“I am excited,” Ellul said. “I believe she is an outstanding scientist. … They could not have chosen a better person.”

This year's conference and expo runs through Oct. 13 and offers networking and professional development opportunities for those throughout the rubber industry. For more information visit www.rubber.org.