Career is extension of lifelong passion for Charles Goodyear Medalist 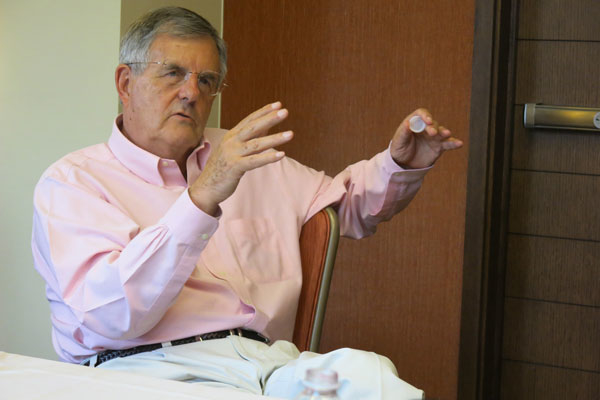 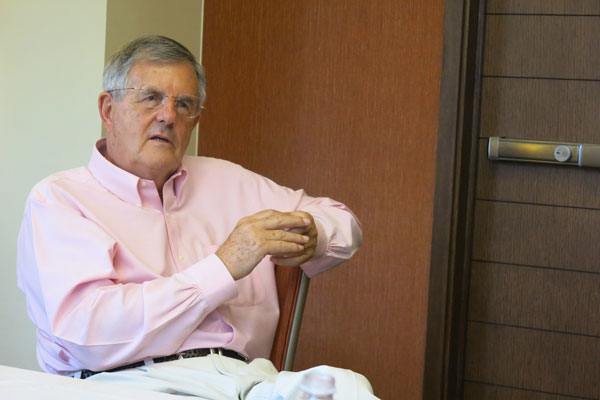 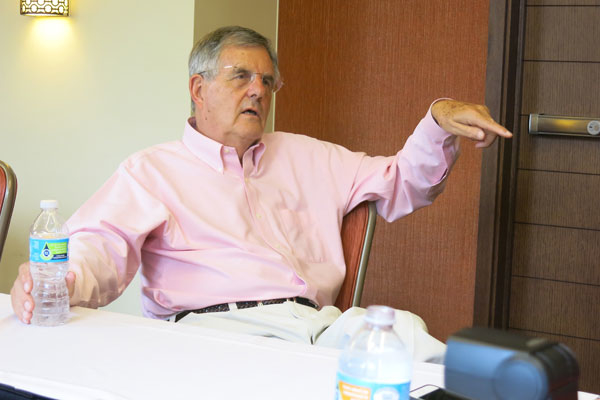 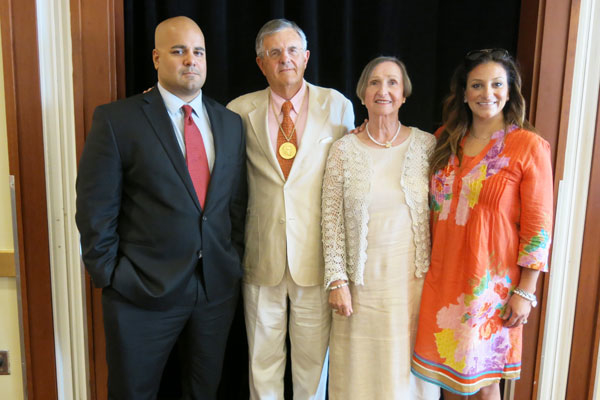 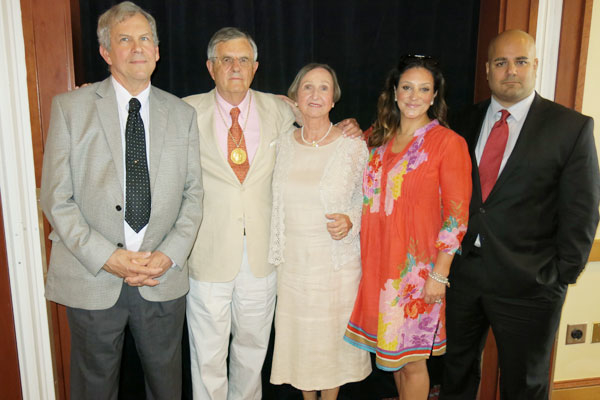 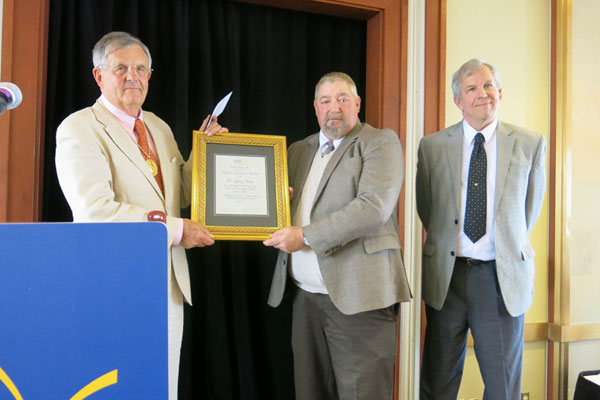 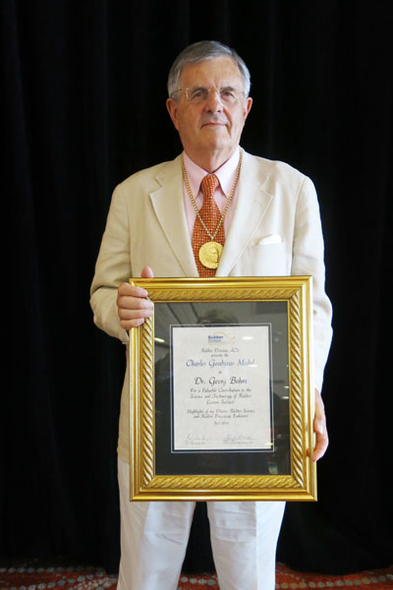 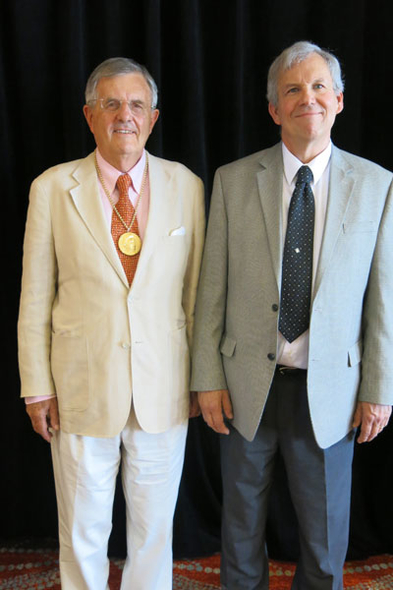 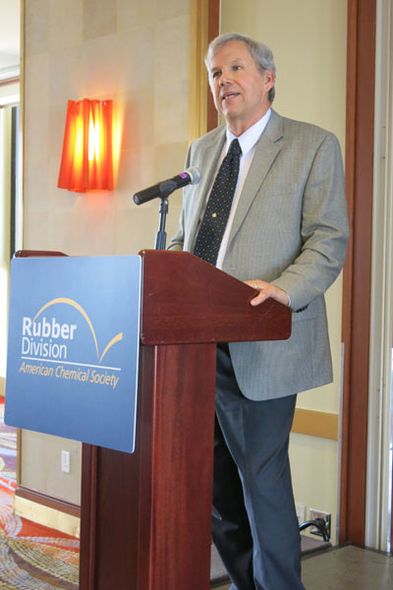 Such is the life of a decorated scientist—full of curiosity, knowledge and persistence.

Bohm, the 2016 Charles Goodyear Medalist, said he bought his first physics book and began studying the science long before he attended a university. It was around that time that his interest in the old Moroccan culture prompted him to thumb his way to the country, spending a couple of months there.

“I was very committed to physics certainly from the age of 16,” he said.

That commitment certainly served him well during his 50-plus year career as a scientist, including four decades working in various capacities with Firestone/Bridgestone.

While Bohm has a wide range of key accomplishments, including 74 U.S. patents and writing 37 publications, his most notable might be his development of new technologies with lasting impact on the tire industry. Three examples include:

“I was interested in so many things,” said Bohm, who received his medal during the Science and Technology Banquet that highlighted the ACS Rubber Division's 189th Technical Meeting, held recently in San Antonio. The prestigious award honors an individual for outstanding invention, innovation or development that resulted in significant change or contribution to the nature of the rubber industry.

“Science just offers such a diversity of knowledge,” he said. “If you're challenged to study how these things work, and can, on the side, also apply some of your findings, it's a good thing.”

Charles Goodyear medalist Georg Bohm (fourth from left) and presenter C. Michael Roland (third from left), who won the medal in 2012, pose for photographers with friends and former coworkers who attended the Science and Technology Banquet during the ACS Rubber Division 189th Technical Meeting, held in San Antonio.

Bohm's work certainly was a good thing for Firestone, then later Bridgestone. Colleagues credit him for discovering several rubber science phenomena, including:

Bohm had outstanding credentials before he joined Bridgestone. After graduating from the University of Vienna in 1962 with a doctorate in physics, he spent a year and a half at the Max Planck Institute for Physical Chemistry in Gottingen, Germany.

His next employment opportunity took him abroad again. Though he considered an offer to become a visiting scholar at Northwestern University in Evanston, Ill., he instead accepted a position from the International Atomic Energy Agency. He would teach solid state physics at Seoul National University as well as at the University of Bandung in Indonesia.

“I was interested in cultures of Asia, so I thought that this would be a good opportunity to do that and be sort of embedded in the cultures,” he said. “I realized I probably would never be able to do that once I had a steady commitment professionally. So I took that gladly and quickly.”

It was an experience that brings a smile to his face today, more than 50 year later. “It was a unique experience. It was great fun. I enjoyed it. I enjoyed the interaction with students. I couldn't have enjoyed it more.”

His developing interest in polymers took him stateside—permanently, in fact, something he never thought would happen—as he chose to further his knowledge by becoming a visiting scholar at Northwestern under Malcolm Dole, a well-known industry expert. There, they did “a lot of good work” on polymers, including polyethylene.

The professor and the visiting scholar struck up a friendship and published several articles together, the basis of which landed Bohm his first job at Firestone. When he first joined the company, he said he was “the odd man out,” the only physicist the firm had, surrounded by a group of chemists.

One of the company's directors asked him if he would agree to investigate the subject of radiation treatment of rubbers, with the intent to benefit the tire industry. Bohm agreed to do it, as long as he could relocate nearer to a manufacturer of that type of equipment. So once the Firestone Board of Directors signed off on the move, Bohm set up his lab on Long Island, near Radiation Dynamics, becoming group leader of Radiation Research Laboratories in Westbury, N.Y.

He spent four years there, overseeing a staff of 10. In 1970, with the majority of his work complete in New York, Firestone asked him to relocate to Akron, and become an assistant director.

Once there, he immediately immersed himself into learning about everything to do with compounding, including testing, mixing and curing.

“For two weeks I was really embedded in that and got dirty,” he said. “It was a great experience. That's how I got into the more of the nitty gritty of it.”

In 1972, he became the manager/assistant director of research at Firestone's Central Research Laboratories, a position he had for 22 years, through the transition of Bridgestone's acquisition of Firestone in 1988.

Among his accomplishments was his extrusion work. After consulting with an expert from Dow, Bohm said he “made some calculations on what we could and couldn't do with rubbers and concluded it was exceedingly difficult.” His team set up some laboratory experiments, performing coextruding with two or three different rubbers, with films of various thickness. “So we got some idea about it,” he said. “We calculated the rheology and predicted what we might get, and what we might not be able to achieve.”

“I had an enormously free hand,” he said. “In many cases, I never really asked anybody for agreement. I just did it. Nobody interfered, so it was wonderful for me to work. They trusted me, and I trusted their judgment as well. We plugged along and did more experiments.”

He said his work with nanoparticles started innocently: He wanted to challenge a fellow chemist, so he suggested the chemist make some nanoparticles of a well-defined shape. The experimentation grew, Bohm said, and the process was used for other applications.

After his retirement, Bohm did consulting work for Bridgestone until 2012. His curiosity still leads him in different directions.

Later in his professional career, Bohm became interested in the bio field, and he began taking courses on microbiology as well as a broad range of topics.

As a result, today he is immersed into a startup biotechnical company, Appia L.L.C.

He and his wife, Marga, have two children, Astrid Fix and Alexander Bohm. Akron continues to serve as his home.

“I remember when we came to Akron in 1972, my wife and I were flying to Akron. I think we were looking for a place to live, and somehow I was saying, who knows how long we'll be there, two, three, five years,” he said. “Obviously it is a total surprise to me that we stayed. But I was sort of pragmatic.

“If something goes well, you have opportunity to express your thoughts and your interests, there is no reason to move away.”