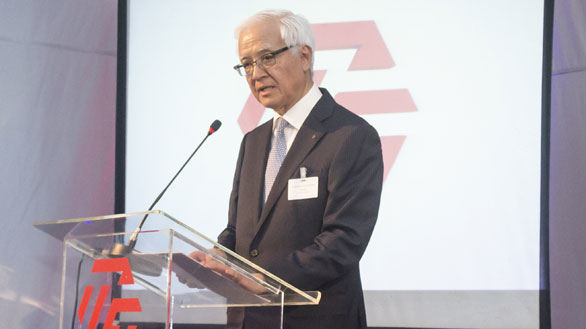 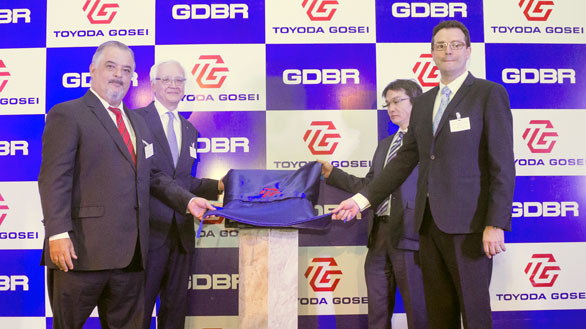 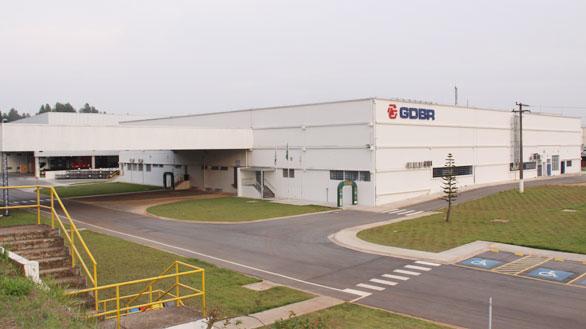 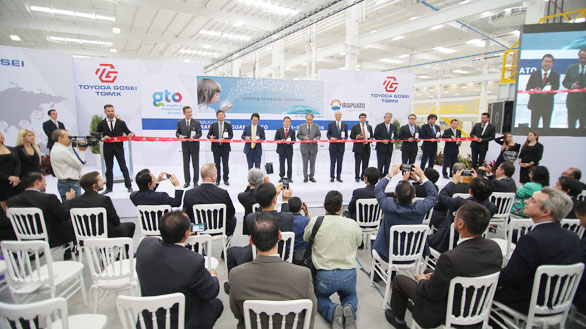 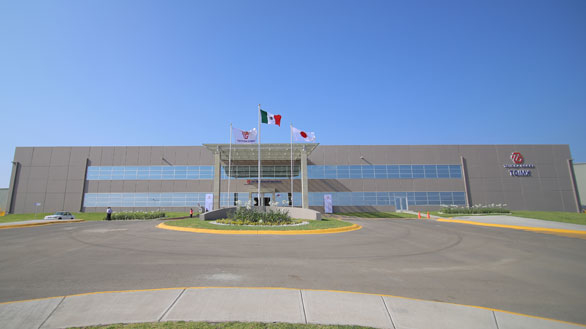 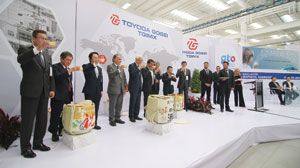 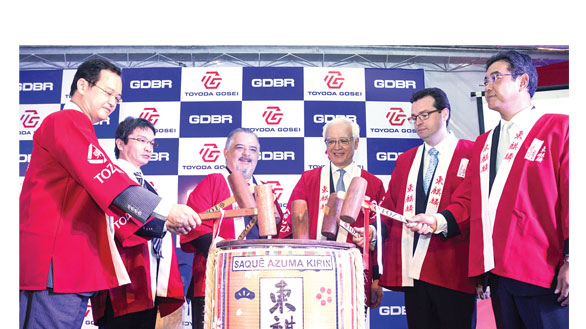 Toyoda Gosei executives celebrate the opening of a facility in Brazil.

SAO PAULO—Toyoda Gosei is growing its presence in South America and Mexico through multiple investments.

GDBR President Makoto Hirako said the firm invested about $3.5 million in GDBR, which opened in April and employs about 260. The 194,000-sq.-ft. building is located on a 2.37 million-sq.-ft. plot of land. The new facility is Toyoda Gosei's 24th in the Americas region.

GDBR will produce automotive sealing parts such as door weatherstrips; interior and exterior parts such as instrument panel components; and safety systems such as air bags. Hirako said the facility utilizes EPDM to produce the weatherstrips, along with thermoplastic polyolefin and acrylonitrile butadiene styrene to produce some of the other components.

“We look forward to growing in Brazil, especially Itapetininga, with increasing localization to serve the needs of the Brazilian automotive market with its long-term growth potential,” Toyoda Gosei Chairman Tadashi Arashima said at the opening ceremony.

In a separate move, Toyoda Gosei said it is investing an undisclosed amount in its Pecval subsidiary. Pecval employs about 150 and produces interior/-exterior plastic parts at its 118,400-sq.-ft. facility.

Hirako said that the firm is not worried about the Brazilian market, despite its recent downturn. It projects the Brazilian economy will improve in the mid to long term, and as it does the company expects the automotive market to transition from compact cars to mid-sized vehicles.

“Their present economy is slow,” he said. “But in the mid- to long-term viewpoint, Brazil has a lot of potential for operation growth, natural resources and industrial presence. But right now the economy is very slow.”

The firm has localized production for three of its four product groups—automotive sealing parts such as weatherstrips and glass runs; interior/exterior plastic parts such as instrument panel components; and air bags. The company's functional components line, which includes plastic fuel filler pipes, does not have manufacturing in the region yet. He said if a customer requests this line in the future, the company will consider establishing production in the country.

However, on May 16 the firm opened its previously announced Toyoda Gosei Irapuato Mexico S.A. de C.V.—located in Irapuato, Mexico, and fourth facility in the region. The addition gives Toyoda Gosei a manufacturing presence there for all four main product groups. The automotive supplier is one of numerous related firms announcing expansions in recent years, following many auto makers setting up new facilities in Mexico.

Irapuato represents a $53.2 million investment and will focus on the company's interior/exterior business such as radiator grilles, console boxes and plastic parts in addition to its functional components business. Toyoda Gosei said production of plated products is scheduled to start in the summer of 2017. The firm projects $110 million in sales for fiscal 2020, and it employs about 135. The building is nearly 400,000 square feet, which rests on a 1.65 million-sq.-ft. plot of land.

Arashima said during the opening ceremony the company wants to grow together with its customers in Mexico and now can provide products from a location closer to its automotive business partners.

Toyoda Gosei operates two facilities in Matamoros City, Mexico—one for safety systems and the other for fuel components. The firm's local automotive sealing facility is located in San Luis Potosi.