Based in port city of Tianjin, in northeastern China, TUTRIC manufactures the Tianli tire brand and will be integrated as Zhongce Rubber (Tianjin) Co. Ltd., upon completion of the acquisition, set for April 1, ZC Rubber said.

The Rubber News event features keynote speakers from Goodyear and USTMA as well as dozens of technical presentations, a women's breakfast and an expo.

Learn more and register at itec-tireshow.com.

The deal is valued at $200 million, and ZC Rubber said it plans to invest over $100 million in TUTRIC's facilities over the coming five years, in a bid to boost the business' annual revenue sevenfold to $700 million.

Claiming to be "one of the largest suppliers of off-road (OTR) tires in the world," Hangzhou-based ZC Rubber offers a range of products for wheeled loaders, articulated and rigid dump trucks, port applications, underground mines, as well as industrial and forklift operations.

With the acquisition, the group expects to further strengthen its offering by adding agricultural tires to its portfolio.

Established in 1985 in a partnership with Canada's United Tire & Rubber Co., TUTRIC's factory in Tianjin has the capacity to manufacture over 200,000 farm, earthmover and industrial tires a year.

"Zhongce now has one of the largest ranges of agricultural and OTR tires available to our customers," he added.

According to the company statement, Zhongce Rubber is aiming for the Tianjin plant to become "the second-largest OTR factory in Asia." 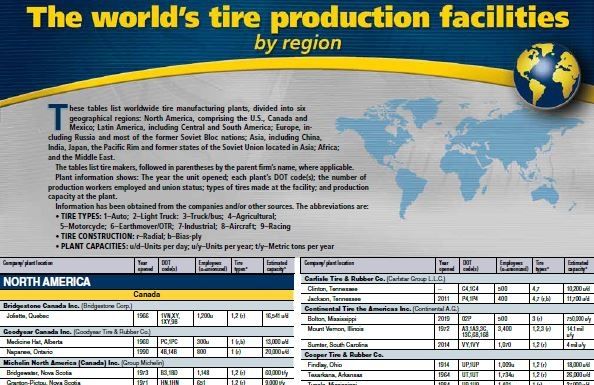 Rubber News has the tire industry data you need. From our global tire maker rankings to a complete list of tire manufacturing facilities around world, we've got you covered.

Find these and more data collections in our data store.

ZC Rubber is represented in the U.S. by its import/distribution subsidiary ZC Rubber Americas in Walnut, Calif.

Prior to that, TUTRIC had suspended shipments of the Tianli brand to the U.S. due to the elevated import duties imposed then on Chinese products, CMA said.