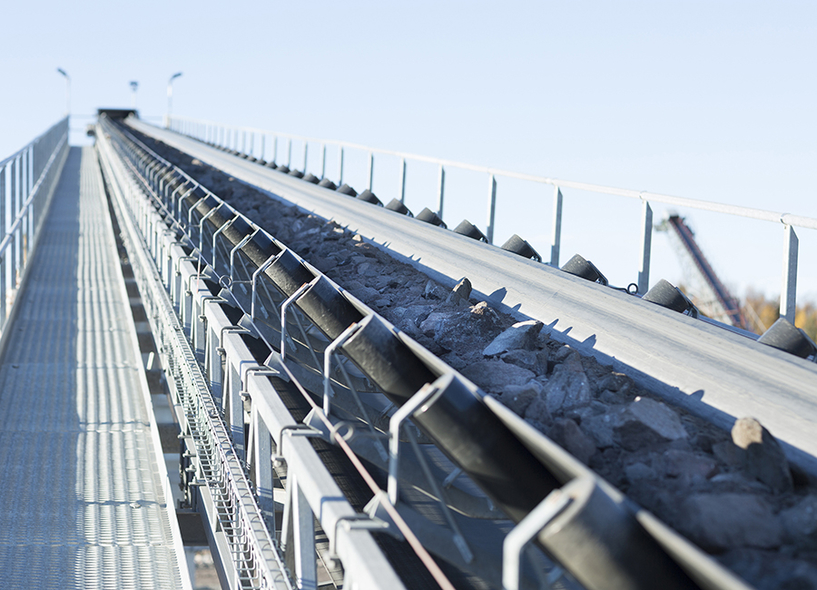 ContiTech
This belting is used to convey bulk materials in quarry mines.
Share 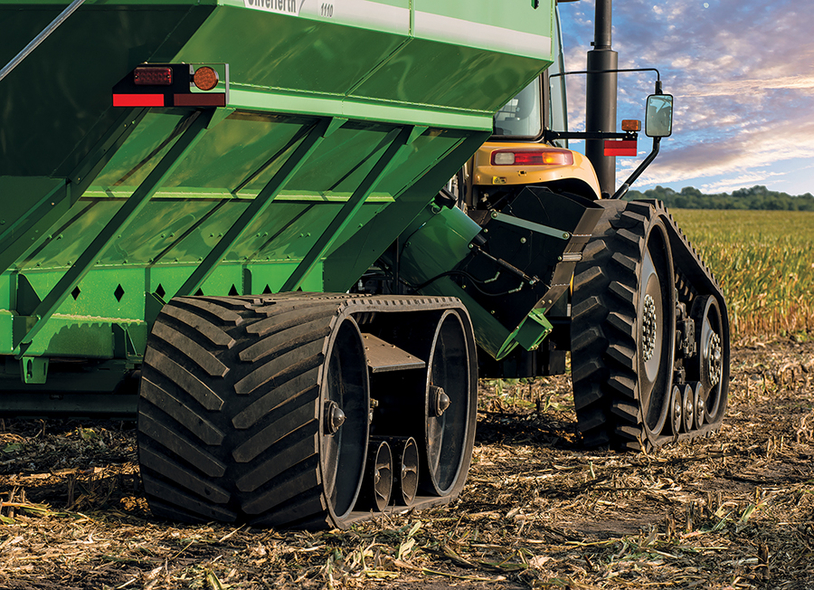 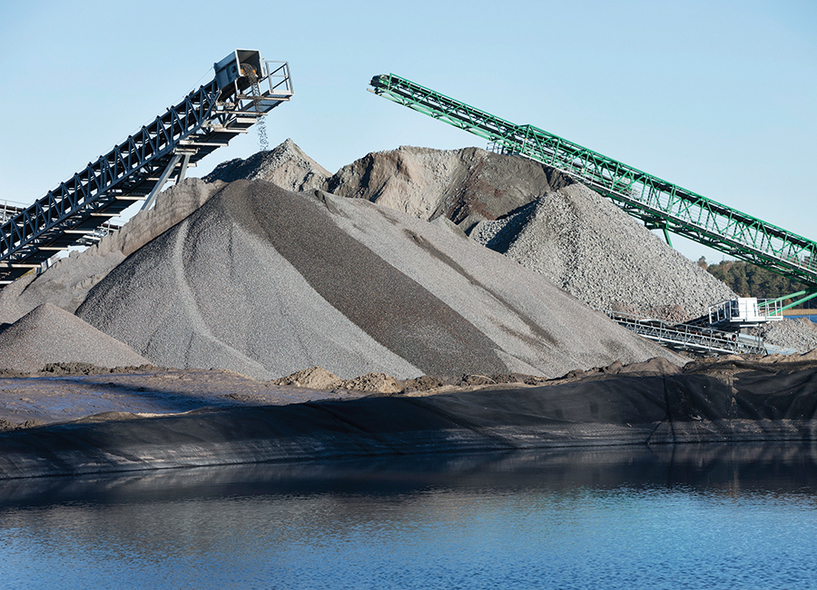 ContiTech
An overview of a quarry operation and the length of conveyor that is needed.
Share 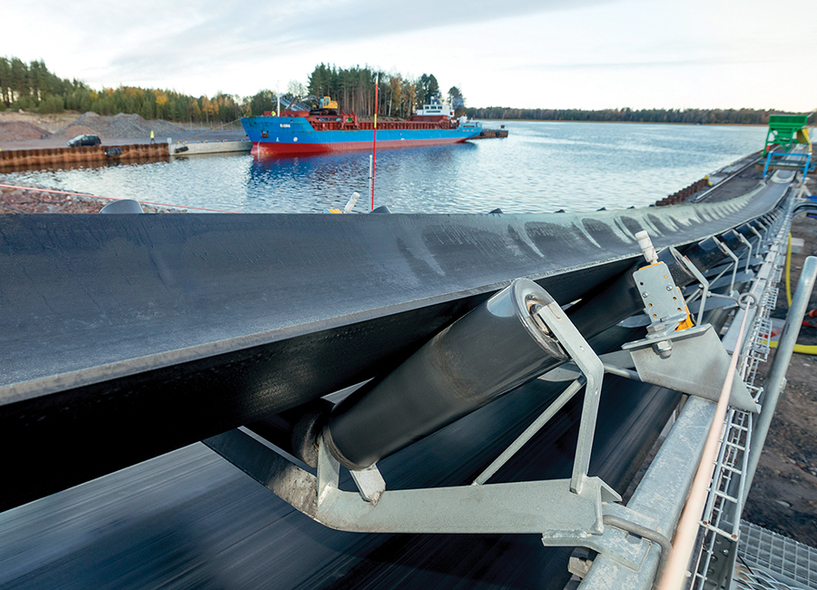 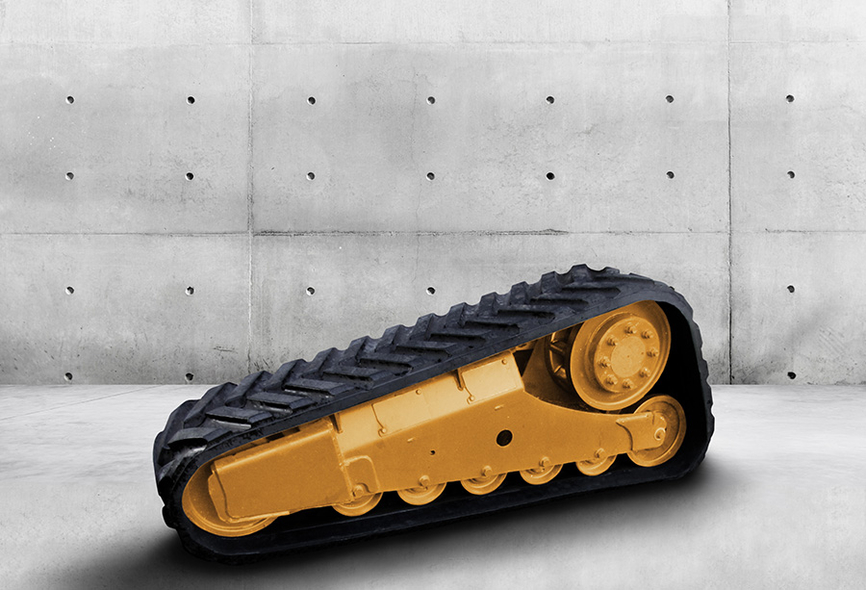 ContiTech
A look at tracks for a compact loader

After that, the company began the long process of integrating the two operations, a task that is largely completed but still will continue evolving over time, according to Michael Hofmann, vice president of Continental's Industrial Belting Solutions unit.

"You can't integrate that in one step," he said. "You just start to get to know each other better. You learn to understand where the overlaps are in the market behavior, in the market portfolio, in all aspects. Then you start to take the best of both worlds."

The operation that is now the Industrial Belting Solutions business, Hofmann said, is the result of many smaller steps made in the background to ensure the sales teams acted as efficiently as possible to remove all overlaps when the Conti and Veyance belting units were joined. "You can imagine that there are many processes that are running in parallel, and you need to merge them and to make sure you gain efficiency in that setup," he said.

The belting business encompasses the whole breadth of conveyor belting, from heavy duty products to lightweight polyvinyl chloride belts, though the latter is more focused on the North American market, Hofmann said.

And the first step in integrating the organization was to learn the processes and the decision criteria in each of the different regions, he said, noting the Conti belting segment does business all over the globe. "When two companies like this come together, you really need to get into all corners of the organization to understand how we can use those resources as efficiently as possible to serve our customers as best as possible," he said.

Hofmann recalled early on, the colleagues from the two camps had some definite preconceptions on how those from the other firm operated. For example, he said members of the Veyance team saw those from Conti as highly skilled in product development, able to see the niches, and with an organization to make sure those smaller areas of the business were covered, not just the larger projects.

"And when we looked at Veyance, it was all about customer service and how they are streamlined to make it as easy as possible for customers to do business with them," he said. "We always considered that was a perfect match of this very straightforward market skills and specific product material know-how; not only the finished product but also the rubber material."

One thing Hofmann believes helped the integration go as smoothly as it did was the two cultures were similar in many ways because both companies were rubber companies that focused on making high-quality products and being among the best rubber companies in the world. "Now I really believe we have brought those two companies together in an efficient way in a sense that everybody knows how the new company works," he said. "Everybody internally knows where to go to and what the processes are."

Even having to transition the product line away from the Goodyear brand—Veyance formerly had been the Goodyear Engineered Products business—didn't prove as difficult a challenge as some might have imagined, according to the Conti vice president. The reasons for that included the fact that Conti was able to keep the individual product names and, for the most part, the people handling the business remained the same after the integration.

"With that continuity on that level, the transition from Goodyear as the corporate brand to Continental, which is well recognized in many of the markets, was pretty smooth," he said.

As a consequence of the merging of the two companies, the belting operation adopted a regional sales approach. Hofmann said that allows the sales force to determine what industries are relevant in each region. For example, if you're doing business in Chile, copper will be a focus, while that isn't an area that hits the radar in Western Europe.

"By organizing the sales and market team into regions, we implicitly also are setting the priorities," he said. "In North America, there's a large coal business and some port business. In Europe there's a huge cement business. India has coal-fired power plants.

"With regionalization and a proper market intelligence team behind it, we by design prioritize on where the industries are and consequently who the customers are."

In addition, Conti has implemented a key account management system for global customers. That way the business not only has contracts with these accounts, but also strategies that cover goals and technology needs for the next 10 years.

"Business always stays local, but we want to make sure it's important for the customer to have a point of contact who's connecting the dots," Hofmann said. "We're a very complex company and many of our global customers are complex as well. We're not always structured in a similar way, so when you look at the other company, it's not easy and we need that translator who makes sure (the customer) knows who to talk to in order to get their things done."

This account management system, he added, can cover all of Continental and not just the conveyor belt business. This helps when larger customers such as Case New Holland, John Deere or Thyssenkrupp do business with different parts of the corporation and need to understand the total offerings of Conti.

"If you leave that to the regional sales teams, that would be rather difficult to show the big picture, and that is where we believe key account management system makes sense," Hofmann said.

Like always, some regions remain price driven. In China, he said the policy a year ago was that the lowest bid wins. "That put us under huge pressure because we are not representing the budget solution," the executive said. "Continental represents the quality solution. We are more focused on the total cost of ownership than the purchase price for our product."

But Hofmann said that is changing somewhat, as it appears China is becoming more willing to accept quality products, in turn giving Conti more opportunities.

In addition, the firm continues to expand beyond supplying just products into offering services to customers and taking more responsibility for the operation of the product, according to Hofmann. That includes monitoring systems and remote and predictive maintenance technology, all areas that are beginning to gain traction.

For now, the cost of monitoring is relatively high and typically used on stronger belts and longer installations, or when the conveyor is on a critical path within the operations. "Our strategy is to make this technology more and more affordable to make sure that installations with lower belt value also can be monitored," he said.

There does, however, remain certain applications where it's still cheaper to wait for a belt to break down and repair it, Hofmann said, but he believes monitoring applications will play a larger role in the future.

With digitalization a large part of that effort as the transition continues from non-connected to connected devices, Conti will continue to look for ways to do things better. With digitalization, he said, there are assumptions made on the material, behavior, routing and other factors. But until the conveyor is in operation and under the proper monitoring, there remains much room for improvement.

"Maybe you learn how you can do that better when you replace the belt when it's worn, with a belt that potentially can last longer," Hofmann said. "That is the idea behind condition monitoring: It should lead us to optimization of the product. Not only of the existing installation when worn parts have to be replaced, but is there a better part to put on equipment for a longer lifetime?"

This is how data can be used to make the business better going forward, he said, adding that Conti is making progress on these initiatives, but isn't there yet. "We believe supplying a belt alone will not make it in the future," he said. "That is how we want to develop in making sure our customers are not only buying a belt, but they're buying uptime. They buy a product that guarantees their operation."